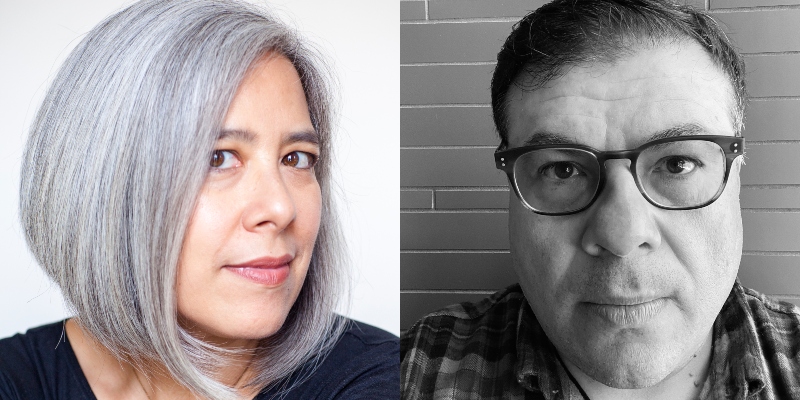 National Book Award-winning novelist Susan Choi and critic and editor Oscar Villalon talk to Fiction/Non/Fiction podcast co-hosts V.V. Ganeshananthan and Whitney Terrell about the business, prestige, and (hopefully) idealism of literary awards. Choi talks about critical reception versus award recognition, the roles of luck and taste, and how winning a major prize for her novel Trust Exercise changed her career. Villalon talks about making his way through stacks of nominated books, who can afford to judge book awards, diversity on judging panels, and his experience chairing the 2021 Pulitzer Prize fiction jury.

Whitney Terrell: I’m a judge for the New York Public Library’s Young Lions Fiction Award. I’ve been doing it for more than a decade now, which I enjoy doing. Oscar, you’ve judged literary awards frequently, including, as we mentioned, the Pulitzer jury for fiction. And you presumably are done judging for PEN, since you’re on the jury for the [PEN/Robert W. Bingham Prize]. How did you get started doing that? What keeps you coming back to having to read gigantic crates of books?

WT: That’s what I feel is the key is. Being willing to do it is how you get on it.

OV: Yes, because—I’m sure we’ll get into this later—it’s a ton of work. But for me, it started off when I was a book editor at The [San Francisco] Chronicle, which made a lot more sense, because I was reading all the new books coming in anyway. I had to be familiar with everything, just to assign them out for review. So it started way back then, actually, with the California Book Award that the Commonwealth Club administers out here. And then, just in the process of doing that, I guess I was just always available. Someone would ask, and I would say yes. Of course, the National Book Critics Circle, as soon as you get elected to the board there, one responsibility is judging.

V.V. Ganeshananthan: Susan, I know you’ve also judged. So this question is for all three of you since I’m a little bit outside this experience, and I’m super curious. It is a huge amount of work. How many books are you reading? How fast are you reading? How on earth do you judge books, reading them that fast? Susan, I wonder if we can start with you.

Susan Choi: Oh, my god. Well, first of all, I have to say I’ve done less of this than Oscar has. And it might be because of what you’re asking. I’m not that fast of a reader. And I’m not good at not reading. By which I mean, I don’t know if there’s a world in which people doing this kind of judging, for example, don’t read all of every book. I guess that’s something that we could ask.

SC: I can either read a whole book, or I can read part of a book and conclude that I don’t like the book enough to finish it. But I can’t do the third thing, which is to familiarize myself sufficiently with an entire book without reading the entire book, which I think is a skill that some people possess that I do not possess. And so it’s really challenging. I was a judge for a book prize last year and it was an incredible experience, because the books were so good, but our shortlist was 27 books. I read them, and it took me half the year. I mean, I think I got the box in May, and I was still reading in October. I did not read anything else. And it was gratifying. But it was really hard because I’m just not a fast reader.

VVG: So, Oscar, how about you?

OV: It takes up a lot of time. It’s essentially a part-time job, depending on the scope of the award. For this year, for the panel I’m doing, it wasn’t so bad, only because the category is relatively narrow—first-time story collections by emerging writers. First books, essentially. So, you’re not dealing with too much, and that’s very manageable. But when you start doing the Pulitzers, you’re doing dozens and dozens of books. You try to read every single one. The way it kind of works is, at least for me, the first let’s say 15 or 20 titles you’ve pretty much read through, but then you’re building a base of comparison. So, once you’ve been through 15 or 20, you know, “this was really good” or “this is maybe not as good,” so that as you go deeper and deeper into the list, you have something to compare to. So if you’re reading something after, let’s say halfway through, and it’s just not up to par compared to something you’ve already read that you know is superior in some given way, you can set it aside, because I know what I’m working with.

But when you go in, you have to dive in. You pretty much just read everything until you have a set to compare things to, which, I’ve already said, is a lot of work. Again, when I was doing it when I was the book editor of the Chronicle, not as much, as I was reading those books anyway—that was my job, essentially. So it’s like, sure, I’m already doing this. I’m happy to weigh in. The further afield you get from that, the more of a time commitment it is. I mean, to me, it’s more or less doing your duty as a literary citizen. Because the money’s not there. You’re not gonna get well compensated for this. But it’s sort of like saying okay, you know what, it’s my turn, to—it is a sacrifice, to sacrifice a bunch of time, and put in the work and try to… well, try to help our community, try to bolster it and be of service.

ZYZZYVA • Letters from San Francisco: When the Shadow is Looming • Future Shock

Fiction Pulitzer Prizes • 2022 PEN America Literary Awards Finalists • 2022 Finalists for the National Book Critics Circle Awards • Augustus by John Williams • Stoner by John Williams • Is College Education a Right or a Privilege? (Fiction/Non/Fiction Season 1, Episode 5) • The Lost Books of the Odyssey by Zachary Mason • The Secret Lives of Church Ladies by Deesha Philyaw • Parul Sehgal’s review of Salvage the Bones by Jesmyn Ward (The New York Times) • Just How White is the Book Industry? (The New York Times) • Who Gets to Be a Writer? (Public Books) • Tinkers by Paul Harding • All the President’s Henchmen: Susan Choi and Garrett Graff on the Citizens of the Swamp (Fiction/Non/Fiction Season 3, Episode 9) 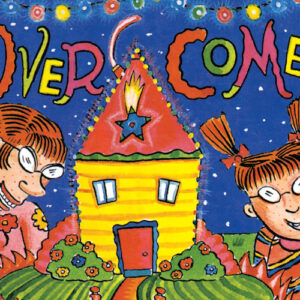