Is College Education a Right
or a Privilege?

In this episode of Fiction/Non/Fiction, the novelists V.V. Ganeshananthan and Whitney Terrell discuss how cuts to higher education are threatening the fabric of American life. Guests John Freeman and Sarah Smarsh talk about the higher cost of college has exacerbated income inequality. And the director of the Iowa Writers’ Workshop, Lan Samantha Chang, weighs in on how the great Midwestern public universities are being squeezed by Republican-led state legislatures.

John Freeman on the American tradition of inequality

It seemed like there was a massive shift in the country, which is that we have become inured to the symptoms of gross income inequality. But as I went to Portland or Seattle or Kansas City, what I also noticed was that these symptoms were not just about income inequality, they were about the intersections of structural inequalities that have plagued the nation since its birth, namely that certain citizens are fractionally measured within society—this is something that’s been entrenched in our constitution—gender inequality, class inequality, and often the access to education. And so I thought it was about time that we started to look at inequality as a kind of symptom of what it means to be American, that what it means to be American is to exist in a society that is stretched beyond its means.

John Freeman on higher education as a luxury not a right
We’re in the middle of a five-decade-long assault on public institutions from the right. And I don’t mean to say this in a partisan way. It is just a different philosophy about what government is for. And ever since the civil rights era, there’s been an attitude that somehow the government shouldn’t be involved in leveling the playing field among Americans and redistributing wealth. And one of the ways that wealth has been redistributed has been in the access to or actual cost of education. And so as that’s been withdrawn, as that’s been attacked, as Title IX has been attacked, we’ve seen the cost of education going up. And then on top of it, the people that actually can get the scholarships or can bootstrap their way into college and university education leave with a crippling amount of loans. And on top of that, they don’t have the jobs waiting for them.

Sarah Smarsh on who, exactly, is struggling right now
[My essay] gives a little bit of context for why my family member is struggling so bad financially that he needs to sell his plasma to get by and just buy groceries. So, he and I are both college graduates, and we both come from a poverty background, and specifically rural, long-term, generational poverty. And so while he was able to as John said before, kind of “bootstrap himself through college,” as I did… he’s a little bit younger than me, and he graduated into an absolutely devastated post-2008 job economy. And so, you know, I think some of the stereotypes about poverty and education are that people who have degrees are doing great, and people who don’t are struggling, and actually it’s much murkier than that.

Sarah Smarsh on the body as commodity
The body itself now, not just the work that the body can do, but the body itself has become a sort of commodity that’s for sale, in terms of just its parts. So, my brother’s actually selling a part of his blood, and then they pump the rest back into him. And the part that was taken, for not much money, is then turned into, in part, pharmaceuticals in a multibillion-dollar industry, and goes to people who have health insurance that my brother himself doesn’t have. So it’s pretty twisted and perverse. And the labor of poverty, yes, is what we traditionally associate with its toll on the body, but now we’ve reached a sort of peak capitalism where even body parts can be sold for their use in the market.

Sarah Smarsh on college campuses as an alien place
When I started college I didn’t know what graduate school was. I didn’t know the terms undergraduate and graduate when I stepped onto the campus. And so if someone my senior year wouldn’t have said, we’re going to pay for your application fees to graduate school—I wasn’t planning on applying. And they said, you damn well are going to apply. And I didn’t have a computer and money for just even things like paper. They had an office where I got to work on all of my application materials—and I got into Columbia. So that changed the trajectory of my life, and it was in part because I had a big dream for myself, and I got into a space where someone was able to dream even bigger for me than I could do for myself. And so I think it’s very dangerous if we parse that away from conversations about race and gender. They’re all related. (When I got to Columbia, I found that a lot of people at Columbia thought that anyone at KU was poor.)

Whitney Terrell on access to higher education
I feel like race is sort of a secret ingredient in this… One of the reasons that you see the right turning against higher education is that higher education has become a place that has—imperfectly admittedly—embraced the idea of diversity. So that on a college campus you have Title IX working. My chancellor is African American. At UMKC, the school’s 60 percent white, but that means it’s 40 percent international students or students of color. And so you have diverse environments in the university area, and conservatives have realized that you can’t explicitly stop students of color from going to college. They recognize that that’s a leg up, and so defunding the whole thing is a way to end that process.

Whitney Terrell on false suspicions of a college education
I mean, so you think about a guy like Stoner—you have this father who understands clearly that education is a way for him to better his son’s lot in life. All the statistics bear this out, and it’s true today. But somewhere out there—I feel like, in Booneville, Missouri right now—there’s a kid just like Stoner. But Fox News is telling him that college is a bad idea.

V.V. Ganeshananthan on the public/private divide in higher education
We’re talking also about public universities and private universities and of course the mandate of that is different. I think that’s another thing that the right has succeeded in doing… flattening the distinctions between public and private universities, their histories, their funding, what they do. And when people talk about the elitism of higher education in one breath like that—public universities in the Midwest, and Harvard and Yale with their private resources and endowments—it’s all sort of turning into one big smear. Not that I don’t support private universities as well—I went to one—but I think that here it’s really part of a public mission and that question of what is it that government is supposed to do.

Here I’m going to sound exactly as cynical, I suppose, as I am—when we’re talking about defunding public education, a citizen who is less able to make those arguments well, who has less access to education—I see this as of a piece with voter suppression, as a form of voter suppression. I find that to be so frustrating.

V.V. Ganeshananthan on policing the daily lives of the poor
I also see in some of these conversations… there’s the sense that the poor need to be policed. What, for example, are refugees doing with cell phones? If they really needed asylum or if they really needed to emigrate, would they have things? If someone goes to collect welfare in a car that’s too fancy… you see these little judgmental anecdotes or comments on people’s situations, which don’t necessarily fit into exact socioeconomic stereotypes. There’s a sense that, you are here to do exactly the work that we have deemed appropriate for you… which is quite paternalistic…

Lan Samantha Chang on true temples of learning
In the early 90s, when I was here, I could remember feeling a powerful gratitude—literally feeling this gratitude—to the people of Iowa who were making it possible for me to pursue my dream of becoming a fiction writer by allowing me to teach freshman composition to their children. And I can remember walking up Iowa Avenue toward the buildings on the Pentacrest, and there’s a gold dome on its center because it was the former state capital of Iowa before it moved to Des Moines. Iowa City was the former state capital. I remember feeling thrilled and grateful to encounter these marble buildings, and to feel the centrality of learning and its importance to this culture, even in the plantings, the trees and shrubs.

It was amazing to me how much of Stoner is taken up by descriptions of those kinds of buildings, with this sense of permanence. Like this idea of temples of learning. They were built to last a long time. Maybe I felt this particularly as a child of immigrants. I think I first felt this idea of generosity and hopefulness and democracy when I encountered the higher education at this land grant university—more than I did at my private undergraduate campus, which was really quite amazing, I felt it here in Iowa. And when I applied to this job, to be director of this program 15 years later, it was largely because I felt a desire to give something back to an institution that had given me so much. And I feel that every year, every spring when I phone the writers that we’ve let into the program.

Readings for this episode

“The Decline of the Midwest’s Public Universities Threatens to Wreck Its Most Vibrant Economies” by Jon Marcus, The Atlantic

“Elitists, Crybabies and Junky Degrees” by Kevin Sullivan and Mary Jordan, The Atlantic

Tales of Two Americas: Stories of Inequality in a Divided Nation, edited by John Freeman:

All is Forgotten, Nothing is Lost by Lan Samantha Chang

This week’s supplemental reading recommendations are from the owner of Rainy Day Books Vivien Jennings, from Kansas City. 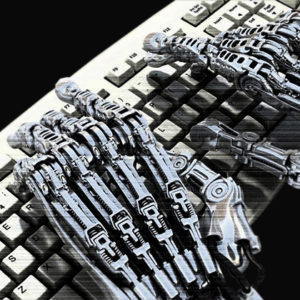 The other day, I read through feedback on my novel-in-progress from my writer friend Ethel Rohan, who concluded her comments...
© LitHub
Back to top
Loading Comments...
Comment
×