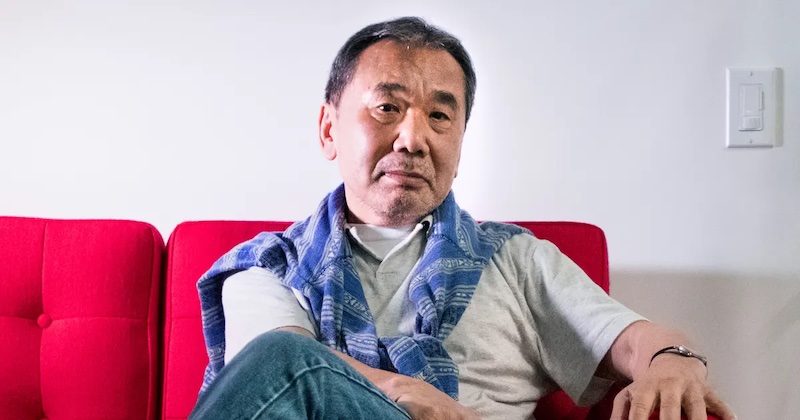 If you’ve already seen Drive My Car, purchased a Haruki Murakami/Uniqlo collab T-shirt, taken a video tour of the Haruki Murakami Library, read Murakami’s take on his female characters, and learned to compare the process of writing to . . . well . . . anything, you might be hungry for more Haruki Murakami-related—or at least -approved—reading. Happily, as Far Out Magazine pointed out yesterday, Murakami’s spoken to interviewers over the years about his five favorite books, and here they are, along with his thoughts (from The New Yorker, The Guardian, his acceptance speech for the Kafka Award, and his introductions to his translations):

“Philip Marlow is Chandler’s fantasy, but he’s real to me.”
“I translate what I like to read. I have translated all the novels of Raymond Chandler. I like his style so much. I have read The Long Goodbye five or six times.”

“I encountered Kafka’s work when I was 15 years old, the book was The Castle. It was a great big incredible book. It gave me a tremendous shock. The world Kafka described in that book was so real and so unreal at the same time that my heart and soul seemed torn into two pieces.”

“Most writers get weaker and weaker as they age. But Dostoevsky didn’t. He kept getting bigger and greater. He wrote The Brothers Karamazov in his late fifties. That’s a great novel.”

J.D. Salinger, The Catcher in the Rye

“It’s a dark story, very disturbing. I enjoyed it when I was seventeen, so I decided to translate it. I remembered it as being funny, but it’s dark and strong. I must have been disturbed when I was young.”