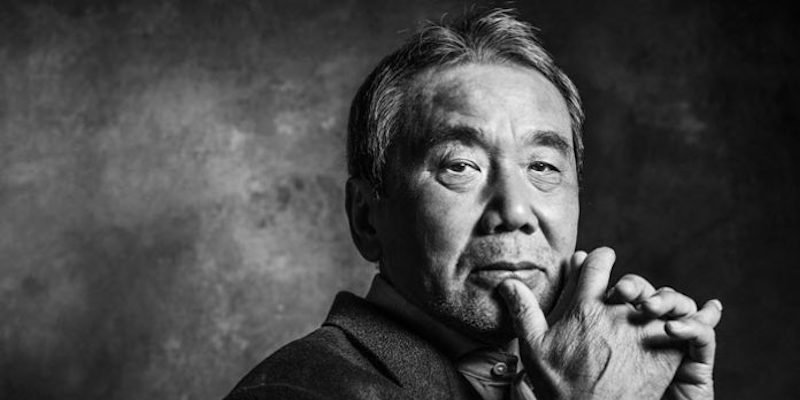 Haruki Murakami has “never thought about” changing the way he writes female characters.

Prolific author, radio DJ, and T-shirt designer Haruki Murakami has a reputation for being somewhat reclusive—but that doesn’t mean he’s managed to avoid controversy entirely. Though he’s been praised for his characterization of the female narrator of “Sleep,” every so often Murakami comes under fire for writing flat female characters that serve the needs of and are seen through the eyes of alienated, often sexually frustrated men. Today, in an interview with Sean Wilsey for InsideHook, Murakami responded directly to probing questions about his books’ treatment of women, and whether his approach to writing women has changed. Here’s the exchange:

Are you consciously changing the way you write about women?

I can’t really say. I’ve never thought about it.

I ask because when the novelist Mieko Kawakami interviewed you, she pressed you on the topic, saying, “there’s a persistent tendency for women to be sacrificed for the sake of the male leads. So the question is, why is it that women are so often called upon to play this role in Murakami novels?” The new stories seemed to really respond. What did you think about her observations?

If the revolution happened next month, I might be arrested for the crime of thinking erroneous thoughts, have a three-cornered red hat stuck on my head, be cursed by the mob and strung up from the nearest lamppost. But that’s just the way it goes. I’ve enjoyed the way I’ve lived my life . . . I’ve never followed the tide of popular opinion in the way I write my novels. I’m not going to start now.

My teenage daughter said to me, “Murakami doesn’t really seem like a feminist, but he doesn’t seem like he’s not a feminist, he just doesn’t care.” When I asked her to elaborate, she said you don’t bother to distinguish between women and men. Do you agree?

The way I live my life, I don’t really have anything to do with all the “isms” of the world. I’m not an anythingist. I just make an effort not to write anything into my stories that would hurt or show contempt for someone because they’re male or female. Or could that be an ism in itself? You could call it Murakami-ism if you like.

In the interview to which Wilsey refers, Murakami rejected the idea that there is any kind of conscious pattern to his female characters. “This may not be the most satisfying explanation, but I don’t think any of my characters are that complex,” Murakami told Kawakami. “If anything, I take great care not to dwell too much on the meaning of existence, its importance or its implications . . . each individual work calls for its own circumstances.”

This isn’t just a side-step of the question—when discussing the act of writing, Murakami reliably turns to physical or surreal metaphors to describe a process that, for him, isn’t calculated. For him, writing is as surprising as “dream[ing] while you are awake”; it’s as embodied as boxing, or climbing a mountain, or crawling through a strange tunnel. If you want to map larger patterns or politics onto his work, Murakami himself refuses to be your interpreter: you’ll have to listen carefully to the text itself. With your delicately formed, shell-like ears.