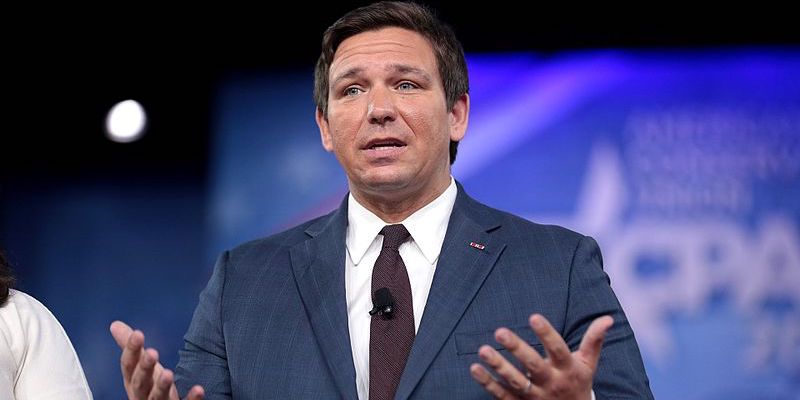 Guy who loves book bans is publishing a book.

Countless Republican politicians—who have never read anything longer than a pamphlet about how despite what the Bible says, Jesus actually hated poor people—have published entire books. Still, there’s something especially grotesque about Ron DeSantis, governor of the state with the second most book bans in the country, and who recently signed into law a bill that gives parents more freedom to challenge books, publishing his own.

The book in question—a memoir called, I’m very sorry to say, The Courage to Be Free: Florida’s Blueprint for America’s Revival—will be published by Broadside Books, the conservative imprint of HarperCollins also responsible for Jared Kushner’s recent pile of ashes. Meanwhile, the unionized workers of HarperCollins have been striking for the past fifteen days to secure livable wages and a more equitable publishing industry, with no acknowledgement from management. Cool!

The publisher’s description of the book naturally includes a passage crowing about DeSantis’ rich history of banning books:

When he enacted policies to keep leftist political concepts like critical race theory and woke gender ideology out of Florida’s classrooms, the media demagogued his actions, but parents across Florida rallied to his cause. Dishonest attacks from the media don’t deter him. In fact, DeSantis keeps racking up wins for Floridians.

DeSantis is expected to challenge Trump for the 2024 GOP presidential nomination. In the highly unlikely event that a Republican super PAC buys enough copies of this piece of shit book to allow HarperCollins to make a profit off it, we can only hope that they spend some of that money to pay every one of their employees a living wage. So they can keep publishing great books for this asshole to ban.