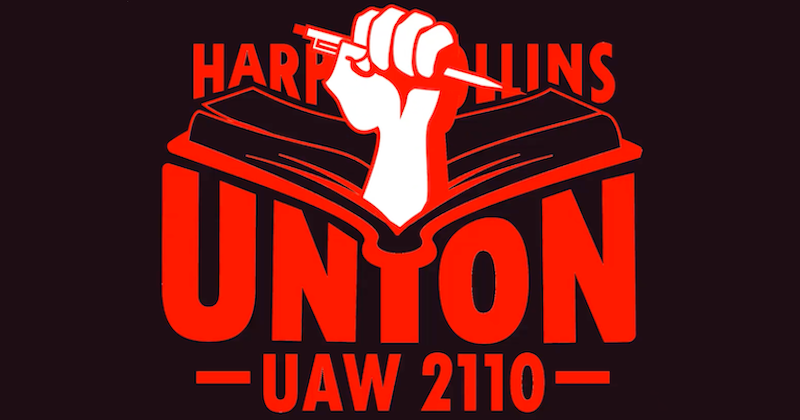 These famous authors are expressing solidarity with the striking HarperCollins workers.

As you may have seen on Book Twitter today, the unionized workers of HarperCollins are striking to secure a fair contract, livable wages, and a more equitable publishing industry.

Some 250 employees—across the editorial, publicity, sales, marketing, legal and design departments—agreed to go on an indefinite strike after negotiations with the company stalled.

As reported by the New York Times early today:

Olga Brudastova, the president of Local 2110 of the U.A.W., which represents unionized HarperCollins employees, said that the union had decided to go on an indefinite strike after negotiations with the company stalled. The union is proposing that HarperCollins raise the minimum starting salary to $50,000, from $45,000. It has also demanded that the company address the lack of diversity in its work force.

Publishing has long been an underpaid, predominantly white industry, based in a city where the cost of living is prohibitive for many. HarperCollins made upwards of $2 billion in revenue last year, and is owned by NewsCorp, whose ghoulish nonagenarian overlord Rupert Murdoch is worth somewhere in the region of $17 billion. So there’s that.

The 250 striking workers represent only a small percentage of HarperCollins’s 4000-person global work force, so this is very much a David Vs. Goliath struggle, but the underdogs do have the support of a large number of prominent authors (as well as, it must be noted, an even larger number of agents, editors, and other industry professionals).

Here’s just a small sampling of that high-profile solidarity.

I support the @hcpunion strike. Since HC acquired my publisher, everyone I’ve met inside the company has impressed me. I support them as they strike for what they deserve. https://t.co/njxPxHd2JM

very much supporting the @hcpunion strike, which starts today. Everyone deserves fair wages & fair contracts, including the largely underpaid people who work extremely hard on the books we love pic.twitter.com/IWbooSoHLX

As an author, what I do is only part of what brings a book into the world. The people who do all the other parts deserve fair wages, benefits, and a workplace that values diversity. I support @hcpunion‘s effort to get all of these for its members. Good luck to them. https://t.co/dj2lMjT44Q

solidarity with the @hcpunion workers fighting for a fair contract, livable wages, and a more equitable publishing industry. if you’re able to give, here’s the strike fund pledge form: https://t.co/jbsSYfAq6h https://t.co/ou6R8Rm131

authors of the world stand up, our books don’t even exist without the workers at the publishing houses and we know this. solidarity with the HarperCollins union! https://t.co/BMnvcZ5Pxf

Solidarity and support for the HC Union effort here — also here’s a list of links on how to support: https://t.co/cHVDFUK44i https://t.co/zREItsd2l4