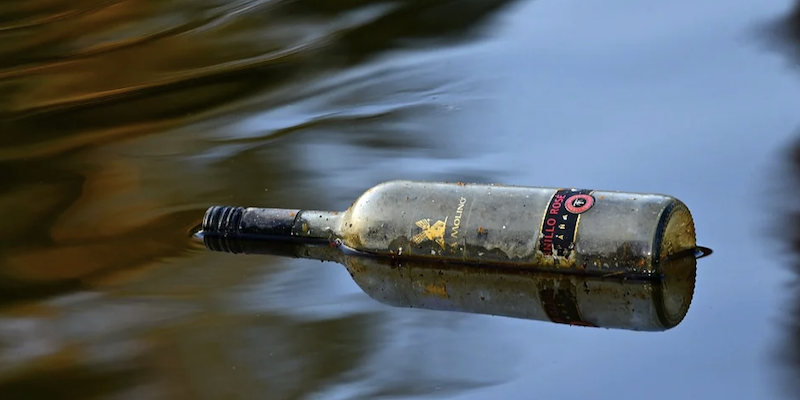 A Poem by Martín Espada

Ok, I’m gonna go ahead and ask…have ya’ll ever seen floaters this
clean. I’m not trying to be an a$$ but I HAVE NEVER SEEN
FLOATERS LIKE THIS, could this be another edited photo. We’ve all
seen the dems and liberal parties do some pretty sick things.
–Anonymous post, “I’m 10-15” Border Patrol Facebook group

Like a beer bottle thrown into the river by a boy too drunk to cry,
like the shard of a Styrofoam cup drained of coffee brown as the river,
like the plank of a fishing boat broken in half by the river, the dead float.
And the dead have a name: floaters, say the men of the Border Patrol,
keeping watch all night by the river, hearts pumping coffee as they say
the word floaters, soft as a bubble, hard as a shoe as it nudges the body,
to see if it breathes, to see if it moans, to see if it sits up and speaks.

And the dead have names, a feast day parade of names, names that
dress all in red, names that twirl skirts, names that blow whistles,
names that shake rattles, names that sing in praise of the saints:
Say Óscar Alberto Martínez Ramírez. Say Angie Valeria Martínez Ávalos.
See how they rise off the tongue, the calling of bird to bird somewhere
in the trees above our heads, trilling in the dark heart of the leaves.

Say what we know of them now they are dead: Óscar slapped dough
for pizza with oven-blistered fingers. Daughter Valeria sang, banging
a toy guitar. He slipped free of the apron he wore in the blast of the oven,
sold the motorcycle he would kick till it sputtered to life, counted off
pesos for the journey across the river, and the last of his twenty-five
years, and the last of her twenty-three months. There is another name
that beats its wings in the heart of the trees: Say Tania Vanessa Ávalos,
Óscar’s wife and Valeria’s mother, the witness stumbling along the river.

Now their names rise off her tongue: Say Óscar y Valeria. He swam
from Matamoros across to Brownsville, the girl slung around his neck,
stood her in the weeds on the Texas side of the river, swore to return
with her mother in hand, turning his back as fathers do who later say:
I turned around and she was gone. In the time it takes for a bird to hop
from branch to branch, Valeria jumped in the river after her father.
Maybe he called out her name as he swept her up from the river;
maybe the river drowned out his voice as the water swept them away.
Tania called out the names of the saints, but the saints drowsed
in the stupor of birds in the dark, their cages covered with blankets.
The men on patrol would never hear their pleas for asylum, watching
for floaters, hearts pumping coffee all night on the Texas side of the river.

No one, they say, had ever seen floaters this clean: Óscar’s black shirt
yanked up to the armpits, Valeria’s arm slung around her father’s
neck even after the light left her eyes, both face down in the weeds,
back on the Mexican side of the river. Another edited photo: See how
her head disappears in his shirt, the waterlogged diaper bunched
in her pants, the blue of the blue cans. The radio warned us about
the crisis actors we see at one school shooting after another; the man
called Óscar will breathe, sit up, speak, tug the black shirt over
his head, shower off the mud and shake hands with the photographer.
Yet, the floaters did not float down the Río Grande like Olympians
showing off the backstroke, nor did their souls float up to Dallas,
land of rumored jobs and a president shot in the head as he waved
from his motorcade. No bubbles rose from their breath in the mud,
light as the iridescent circles of soap that would fascinate a two-year old.

And the dead still have names, names that sing in praise of the saints,
names that flower in blossoms of white, a cortege of names dressed
all in black, trailing the coffins to the cemetery. Carve their names
in headlines and gravestones they would never know in the kitchens
of this cacophonous world. Enter their names in the book of names.
Say Óscar Alberto Martínez Ramírez; say Angie Valeria Martínez Ávalos.
Bury them in a corner of the cemetery named for the sainted archbishop
of the poor, shot in the heart saying mass, bullets bought by the taxes
I paid when I worked as a bouncer and fractured my hand forty years
ago, and bumper stickers read: El Salvador is Spanish for Vietnam.

When the last bubble of breath escapes the body, may the men
who speak of floaters, who have never seen floaters this clean,
float through the clouds to the heavens, where they paddle the air
as they wait for the saint who flips through the keys on his ring
like a drowsy janitor, till he fingers the key that turns the lock and shuts
the gate on their babble-tongued faces, and they plunge back to earth,
a shower of hailstones pelting the river, the Mexican side of the river. 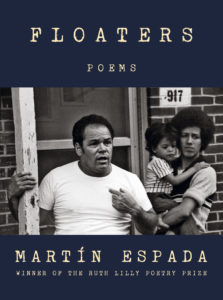 Martín Espada has published more than twenty books as a poet, editor, essayist and translator. His new book of poems from Norton is called Floaters. Other books of poems include Vivas to Those Who Have Failed (2016), The Trouble Ball (2011), The Republic of Poetry (2006) and Alabanza (2003). He is the editor of What Saves Us: Poems of Empathy and Outrage in the Age of Trump (2019). He has received the Ruth Lilly Poetry Prize, the Shelley Memorial Award, the Robert Creeley Award, an Academy of American Poets Fellowship, the PEN/Revson Fellowship and a Guggenheim Fellowship. The Republic of Poetry was a finalist for the Pulitzer Prize. The title poem of his collection Alabanza, about 9/11, has been widely anthologized and performed. His book of essays and poems, Zapata’s Disciple (1998), was banned in Tucson as part of the Mexican-American Studies Program outlawed by the state of Arizona, and reissued by Northwestern. A former tenant lawyer in Greater Boston, Espada is a professor of English at the University of Massachusetts-Amherst. http://www.martinespada.net/
Share:

Mark Wunderlich on the Resurrecting Powers of Poetry 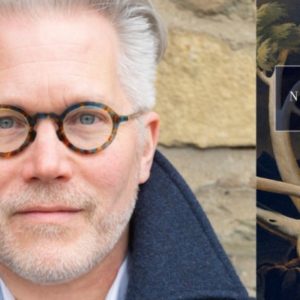 Mark Wunderlich on the Resurrecting Powers of Poetry First Draft: A Dialogue of Writing is a weekly show featuring in-depth interviews with fiction, nonfiction, essay writers,...
© LitHub
Back to top
Loading Comments...