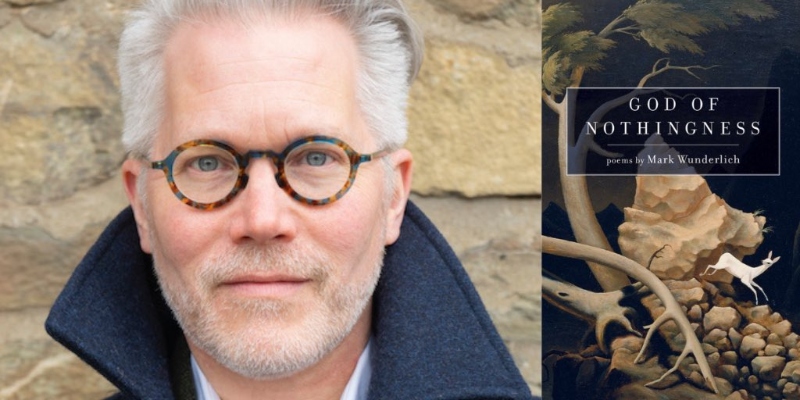 Mark Wunderlich on the Resurrecting Powers of Poetry

This week on First Draft, Mark Wunderlich joins Mitzi to discuss his book God of Nothingness, out now from Graywolf.

Mitzi Rapkin: You said earlier that you are really thinking about why trauma or the worst parts of poets’ lives end up in their poetry. And I’m wondering if putting some of these in this poetry collection made it something you won’t write again, or made you look differently, or if you have a conclusion to share with people about why that is. People who read poetry like this, that includes trauma, may come away and say, “Wow, that was a really, really sad book.” Do you have any insight as to why?

Mark Wunderlich: I recommended a book to a friend recently and he said, is it sad? Because I don’t know if I want to read a sad book right now. And I said, of course it’s sad. It’s a book. I mean, that’s what they are. I think somebody once said that all good music is sad music. I know that this book is about these profound losses. But I also have to say, I don’t really think of it as being a sad book. Robert Frost comes to mind a little bit. What’s the most astonishing thing about Robert Frost is that he was so popular in his lifetime and that people read that work, because that work is incredibly dour, it is very dark, it’s very melancholy. It’s also godless. It is almost without hope. He talks about the best that you can hope for is to be a rotting wood pile in the woods that someone forgot—all of this human effort going to vain as the wood that someone cut and split and stacked up is neglected and rots away.

What I do take away from Frost that is hopeful is the actual poem itself. The act of writing the poem is a desire to connect with people, is a desire to have some presence in the world that endures, that is not about the person being present in front of you but is this kind of proxy body that he can send out into the world to interact with the world and to engage with people.

I think that people are drawn to poetry that describes or renders difficult experience because we all experience loss, we all have to contend with our own mortality, we are all living in these bodies that are flawed, that get sick, that get old, and we experience pain in them. That is a unifying human experience. And that has been the human experience going all the way back to the very first human beings that existed in the world. We are connected to the world and to each other because we are in human bodies, and that’s often a really difficult thing. It’s often very difficult. It’s hard to be in the world as we are. Poetry that addresses some of those experiences, that thinks about mortality, that thinks about loss, that thinks about pain, does assist us in making those experiences comprehensible.

As readers, we get to try out what it might be like to go through those things without actually having to do it ourselves. This is the other great magic trick of poetry, is that it brings the dead back to life. When you pull a book off the shelf and you read someone who has passed away to the other side, they are using our bodies as a kind of instrument to bring themselves back to life. If you breathe in air and you speak out one of their poems, in a way you are kind of bringing that person back into the world. It’s an amazing thing. I think that Whitman captures that experience in “Crossing Brooklyn Ferry,” where he’s imagining himself there at the ferry terminal as people are streaming off the boat and coming toward him. He is imagining himself in the future, of watching the people of the future coming toward him as he stands there and contemplates the future. At one point in Leaves of Grass he says, there you are holding me in your hands, I am there in front of you now. And it’s one of these moments when you read that you want to drop the book because he has rendered himself back into the world by speaking himself into being once again.

For me, poetry fills the space, the desire, for a kind of religious experience, for a sort of transcendent experience, for a way in which we get to think of ourselves as eternal beings. And poetry really does help us to understand our own human pain and to see it as something that might have meaning, that we’re not just sort of floating through the world, but that our experience and our place in this world is important.

Mark Wunderlich was born in Winona, Minnesota and grew up in rural Fountain City, Wisconsin. He attended Concordia College’s Institut für Deutsche Studien, and later the University of Wisconsin from which he received a BA in German Literature and English. Wunderlich earned a Master of Fine Arts from Columbia University’s School of the Arts Writing Division where he studied poetry with J.D. McClatchy, William Matthews and Lucie Brock-Broido, among others, and translation with William Weaver and Frank MacShane. His poetry collections include The Anchorage, Voluntary Servitude, The Earth Avails, and God of Nothingness.

The Black Friend by Frederick Joseph, Read by Miebaca Yohannes 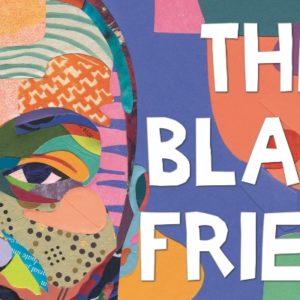 The Black Friend by Frederick Joseph, Read by Miebaca Yohannes