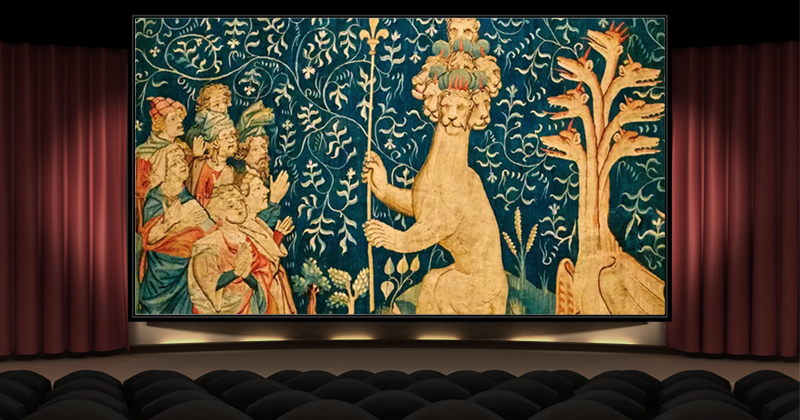 By Matthew Gabriele and David Perry

For the most part, medieval Europe seems to be mined for its aesthetics and not its stories. It’s a setting and atmosphere for fantasy epics, but not historical epics (Ridley Scott’s latest excepted). But medieval European sources contain countless stories just begging to be broadcast on the big screen or dramatized in a prestige TV series. As this summer’s strange smash hit The Green Knight showed, there’s a hunger for the paradoxical weirdness and familiarity of the European Middle Ages that is just waiting to be unpacked. Here we find tales of Arthur and his knights but also of monsters and romance, excursions in fairyland, werewolves and nose-biting, betrayals and factions, steamy seductions, and lots of women with swords.

Here are just five stories taken from medieval texts of a variety of genres that we would love to see cast with an axe-wielding Charlize Theron, a stately-bearded Oscar Isaac on a throne, or a Dev Patel looking like he needs a hug. We picked these five but could’ve picked many others. They’re all diverse, complex stories that are just a very small part of what we call The Bright Ages, a millennium that stretches before us like a vast ocean, terrifying and dangerous, yet wondrous and alive. 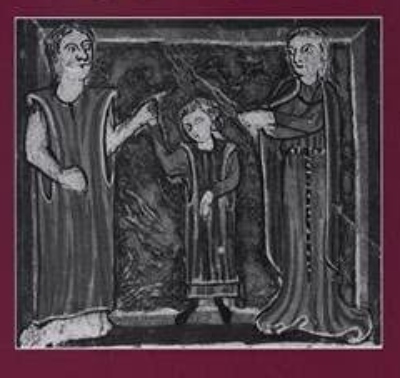 Le Roman de Silence from the 13th century tells the story of a girl named Silence, raised as a boy in order to make her eligible to inherit. She’s beautiful, talented, learns to fight, runs away with minstrels, and ends up at the court of the king of England. The queen tries to seduce Silence but fails, accuses her of rape, and various adventures ensue. At the end, the king orders Silence to capture Merlin, who can only be caught by “the trick of a woman,” thinking it an impossible task. But surprise! She captures Merlin, who comes to court and reveals the whole thing. The queen and her lover—as it happens a man dressed as a nun—are executed, and Silence, taking up female clothing and identity, marries the king. This is an adventure story, but one that breaks with simplistic preconceptions about medieval gender and gender norms, allowing us moderns to imagine a medieval trans or non-binary experience, but located authentically in a medieval fantasy landscape. 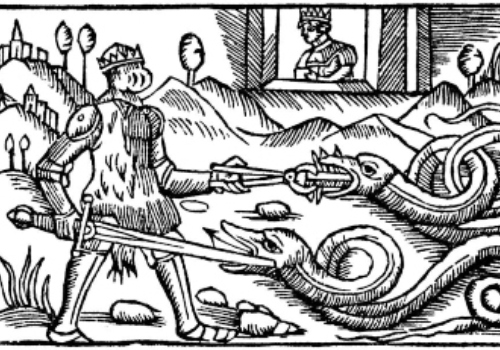 Silence isn’t the only woman who picks a sword. The 12th-century Danish historian Saxo Grammaticus told the story of Princess Alfhild, who gets the (bad) advice to flee from court before she has to marry the heroic Alf. She does, becomes a pirate, gets a fleet of longships, and raids the northern seas. One day, she encounters Alf in battle and her helmet gets knocked off. He recognizes her as his long lost love. They hug, they marry, and she stops wearing armor. The story offers us a chance to reimagine the Viking past as a more complex space than one of typical violent horned helmets. It’s not that Vikings weren’t violent, but that they were complicated. They had polyglot cities packed with goods from all over the Eurasian world, moving in and out of cities and steppe and fjord, with men and women alike defying stereotypical gender norms we have about the Middle Ages. But they were also pirates. 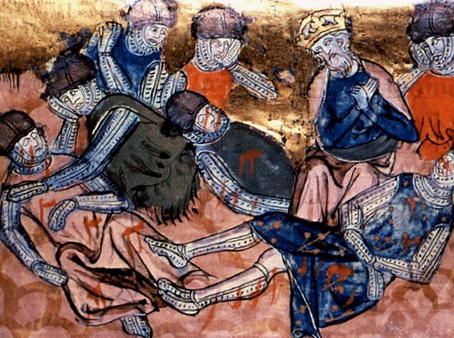 This one is cheating a little bit, because there is a 1978 movie based on the 12th-century Song of Roland, but the film’s flaws are exactly why it needs to come back. The epic centers on a fictionalized account of a Christian campaign against the Islamic rulers of Iberia. At the climax of the story, Roland, Charlemagne’s greatest knight, dies in battle after being betrayed by his own stepfather. But the death turns defeat for the emperor’s army into victory, as Charlemagne charges back to vanquish his enemies and conquer the peninsula. But then the traitor must be punished, his fate determined in a trial by combat. Like Game of Thrones’ “The Mountain and the Viper,” it looks bad for the good guys until the very end. Superficially, the poem seems like a good guys versus bad guys story, but it’s also about politics, nostalgia, and tragic flaws. 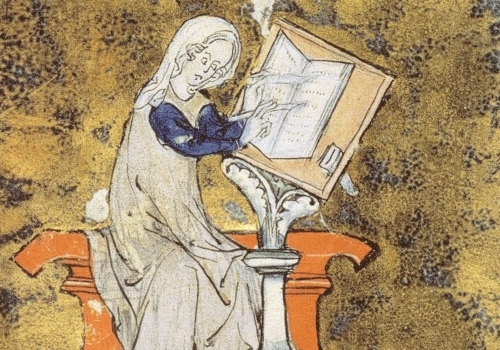 Although Marie de France is the protagonist of Lauen Groff’s new novel Matrix, there’s still so much more to discover about this shadowy figure and her lovely Lais. The work itself is a collection of 12 short, fantastical stories threaded together (loosely) by Marie herself. We know almost nothing about Marie except what she tells us (little more than her name) and what we can infer (she lived probably in the late 12th century and was connected in some way to the English royal court). But her stories contain larger worlds, focusing on brave knights and magical boats, werewolves and nightingales, kings and castration, and damsels that rescue themselves. In other words, the Lais showcase not only the vibrant, colorful world of 12th-century Europe but also what space was available within that not just to men but women as well. 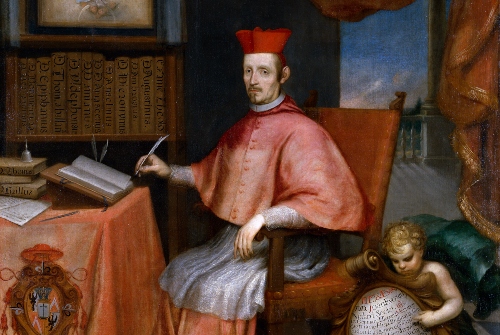 Nithard’s Histories tell the story of the breakup of the 9th-century Carolingian Empire. This Brüderkrieg (“war of brothers”) erupted in 840, as the three sons of the emperor Louis the Pious scrambled to take control for themselves. It’s Game of Thrones but real life. There are witches and concubines, betrayals on the field of battle that lead to kings being locked in monasteries, sudden Viking attacks, and ultimately the crushing disappointment of a dream of empire that falls apart. The last words of the text, probably written just before Nithard himself was killed in a Viking raid, talk about a giant spring snowstorm in 843 CE: “I mention this because rapine and wrongs of every sort were rampant on all sides, and now the unseasonable weather killed the last hope of any good to come.” If words ever had disgust, you can feel them there. 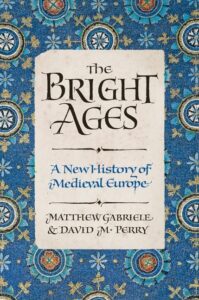 Matthew Gabriele and David M. Perry’s The Bright Ages is available from Harper.

Matthew Gabriele is a professor of medieval studies and chair of the department of religion and culture at Virginia Tech. He is the author of the book An Empire of Memory: The Legend of Charlemagne, the Franks, and Jerusalem before the First Crusade, many articles on medieval Europe and the memory of the Middle Ages, and has edited several academic volumes. His public writing has appeared in numerous newspapers and magazines, and interviews with him have aired locally, nationally, and internationally.

David Perry is a journalist, medieval historian, and senior academic advisor in the history department at the University of Minnesota. He was formerly a professor of history at Dominican University. Perry is the author of Sacred Plunder: Venice and the Aftermath of the Fourth Crusade, and his writing on history, disability, politics, parenting, and other topics has appeared in the New York Times, the Washington Post, the Nation, the Atlantic, and CNN.com, among others. 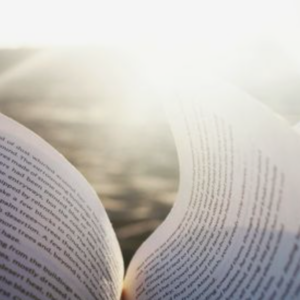