I first encountered Sir Gawain in a college course on the quest narrative. The class fulfilled the English major’s pre-1800 literature course requirement, but it also met at 8 am. It is primarily a testament to the professor’s enthusiasm—one morning he perched on his desk and read Where the Wild Things Are out loud to us; bless you, Dan Brayton—that I never missed a class. Said professor was a particular fan of Sir Gawain and the Green Knight, the 14th-century chivalric romance written in Middle English by the anonymous author sometimes known as the Pearl Poet, and naturally, because I’m a dork, I inherited his affection for the text. I know I’m not alone, but though the poem is supposedly a staple of English departments, it’s esoteric enough to have remained obscure in the general consciousness. Maybe that will change with the release of David Lowery and A24’s adaptation, The Green Knight, but then again, maybe not.

After all, this is no straightforward Arthurian adventure movie. Though the pre-release marketing (and excellent posters) promise a rollicking, frightening, and—dare I say it—commercial sword-and-horse action flick, the film’s tone hews more to the spirit (if not the letter) of the poem: it is strange, unsettling, gnarled with uncertain meanings and irreal landscapes. In places, yes, it feels like a majestic highland adventure with Game of Thrones scope, but more often it almost feels like a Terrence Malick-ish tone poem with Lars von Trier-level intensity. Though Lowery takes liberties with the original story (which sometimes annoyed and sometimes delighted a longtime fan like me), the film is ultimately as difficult, and as rewarding, as the original Middle English.

It is also stupendously gorgeous. I can’t go any further without talking about the visual experience of this film, which is consistently spectacular; I am already not the first to point out that nearly every frame could stand on its own as a work of art. Andrew Droz Palermo’s cinematography is epic, the foggy landscape sometimes rendered in dreamy soft-focus, and sometimes made disorienting through creative framing, camera shifts, and striking juxtapositions. The palette shifts back and forth from verdant to volcanic; Gawain’s electric yellow cloak pops equally against green and gloom. (It is definitely a fantasy version of the old world; one spectacular scene, derived from a single line in the poem, gave me full-on Fantastic Planet realness, and I won’t say any more about that.) It is an impressionistic, almost painterly film, light on swordplay, heavy on mystery, visual and otherwise. Some of the visual pyrotechnics may or may not be explained by Gawain’s accidental consumption of some wild mushrooms, but this just seems like a good excuse to let Palermo go off the rails.

With that out of the way, on to the story itself. (Skip this part if you’d rather go into the movie cold.) Sir Gawain and the Green Knight is deceptively simple in terms of plot. Here’s the gist: it’s Christmas, and the knights of the Round Table are interrupted by an enormous knight, who happens to be “entirely emerald green.” He proposes a game: any knight can strike him, and he will return the blow after one year and one day.

Arthur’s nephew Sir Gawain steps up to the challenge, and hoping to avoid a return blow altogether, beheads the Green Knight right there in front of all his pals. Rather than dying, though, the Green Knight just picks up his head, says, “see you in a year,” and leaves. Yikes! A year later, Gawain sets off to meet his destiny, because he’s a gallant knight and that’s what they do. After traveling through the woods, he arrives at a castle, where he finds a very welcoming lord and lady (in the poem his host is eventually identified as Lord Bertilak). Bertilak is very jolly indeed, and tells him to stay, because the Green Knight’s chapel is less than a day’s ride away. While Gawain waits, Bertilak proposes a game of his own. He’ll go out hunting during the day, and give Gawain whatever he “wins”; in return, Gawain must give Bertilak whatever he might win during the day.

Gawain, not expecting that Lady Bertilak is about to spend those days trying to seduce him, agrees. There are three days, three hunts, three kisses, and a girdle, which supposedly will protect him from harm. He shares his kisses with Bertilak, per the agreement, but keeps the girdle, knowing he’s about to meet a guy who wants to chop his head off. (This is his moral failing, but also, seems fair.) In the final sequence, Gawain meets the Green Knight, who swings his axe three times to reflect the three trials, only nicking him the third time—a punishment for the little cheat with the girdle. The Green Knight reveals that he and Bertilak are the same and that the whole thing was a trick played by Morgan le Fey to mess with Arthur and Guinevere. Gawain is duly ashamed of his weakness, but he goes home and everybody forgives him. The end.

Structurally, it’s a pretty tight morality play. But Lowery’s adaptation is not. Rather than replicating the neatness of the original plot, such as it is, Lowery seizes on the poem’s undercurrent, its internal language of wildness, and makes that the focus of his adaptation. If the original text is, despite its weird trappings, basically a clear morality tale in which knights may prove their worth by being honest and chivalrous, but do ultimately get let off the hook for being human, the film is a sumptuous chaos spiral where the world is harsh, and nothing is certain, especially not your reward. Don’t get me wrong: this is actually fine. In fact, it feels more emotionally honest.

Take Gawain himself, who in The Green Knight is nothing like the exceptionally courteous Gawain of legend, “the Maidens’ Knight,” who is already a knight of the Round Table in the original poem. Lowery’s Gawain is not yet a knight, though he is desperate (at least in theory) to be one; he is beset by self-doubt, shackled by his as-yet unmet expectations for himself; in fact, he is humanized almost to the point of being unlikeable. He is infatuated with, though will not commit to, a lower-caste young woman named Esel (Alicia Vikander). I found this a satisfying update; after all, it’s much more interesting to see an unproven boy try to claw his way up in the world than it is to see an established knight go about his knightly duties. There’s never much fear for the reader of the original text that Gawain’s going to falter; but in the film, we’re almost sure he will. For the record, Dev Patel absolutely shines as this conflicted, immature Gawain. Lowery has said that he cast the actor because he knew he’d written Gawain to be “as pathetic as possible” and even a “spoiled brat,” and he needed someone that audiences would like anyway. Bull’s eye.

In further liberties, there are two main sequences added into the film’s plot, during Gawain’s “walking around time,” before he gets to Bertilak’s castle. In the first, Gawain comes across a rogue who gives him some bad directions; in the second, he talks to a ghost and does her a service by retrieving her skull from a nearby pond (a beheading tale within a beheading tale). Lowery has said that he is a longtime fan of the Arthurian stories, so it’s possible that these episodes are sourced from other legends about Gawain, who appears in plenty of Arthurian tales, but it doesn’t really matter either way. If Gawain’s struggle is between who he thinks he should be (A Knight) and who he actually is (in Lowery’s vision, Arthur’s immature, semi-hapless nephew) these two instances leave him frustratingly without clarity as he approaches his destiny. The first is an exercise in humiliation, the second a mostly successful Knightly Deed (except for the part where he asks for a reward, an absolute rookie move, everyone knows you get a better reward if you don’t ask). His true nature is still foggy by the time he gets to the castle, then. It all feels a little futile, which is clearly the point.

My only beef with these added scenes is that they take away time from the castle sequence, which is another high point for the film. Alicia Vikander reappears as Lady Bertilak, who is terrifying and razor sharp and among other things appears to have invented pinhole photography; Joel Edgerton is Lord Bertilak, who casually questions the entire nature of Gawain’s quest in the gentlest and most soul-destroying way. These scenes are so good and so tense that I wished the film had skipped the side quests and spent more time luxuriating in them. (I was also happy to see someone admitting that the game Lord Bertilak suggests he and Gawain play is super sexy and homoerotic; if only the whole thing could have ended in a threesome, but alas.)

Lowery, whom I first encountered via A Ghost Story, has a knack for the subtle and the cerebral, and accordingly, this is a challenging film that asks a lot from its viewer: patience, intuitive interpretation, tolerance for ambiguity. Things double when they shouldn’t, things are done and undone without apparent reason. Morgan le Fey is never identified, her motives never explained. (Merlin appears too, by the way, but is not named.) Nor is the identity of the Green Knight ever revealed; only a subtle shift in the wooden face, which you could easily miss or misinterpret, signals his true nature. All of this feels radical—and sometimes transcendent—in the current landscape of easy-to-watch entertainment and obvious moral play-by-plays.

Ultimately, the final sequences of the film are some of the most thrilling: a breathtaking fast-forward through the rest of Gawain’s life that dumps us quite ceremoniously indeed into a moving, ambiguous final moment. I don’t want to say too much about the ending, except that it’s here that Lowery really strays from the original text, in ways that deepen and complicate it. After all, it was never really about whether Gawain survives his encounter with the Green Knight; it’s about whether he survives his encounter with himself. Whether he’s a man for a moment or a lifetime, in the end, he finds his way.

Introducing the New Editor of the Oxford American: Danielle A. Jackson

What is the Point of Children’s Books About the Climate Crisis? 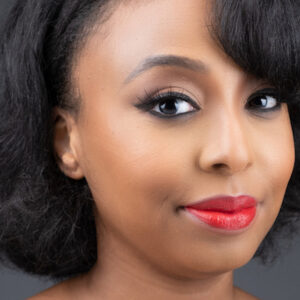 Introducing the New Editor of the Oxford American: Danielle A. Jackson You may have seen the history-making news: in March 2021, the nonprofit quarterly Oxford American announced a transition...
© LitHub
Back to top