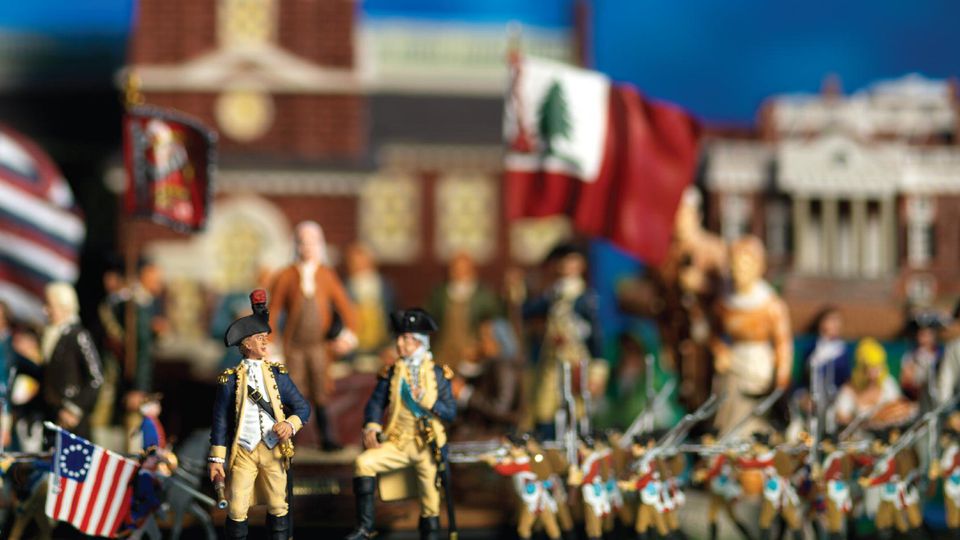 The National Book Awards honor Adam Johnson for Fortune Smiles, Ta-Nahisi Coates for Between the World and Me, Robin Coste Lewis for Voyage of the Sable Venus and Neal Schusterman for Challenger Deep. Johnson, notes the New York Times’ Alexandra Alter, joins “an elite group of literary greats who have won that honor and the Pulitzer Prize in quick succession,” including Philip Roth, Wallace Stegner, Saul Bellow and Eudora Welty. And Coates adds a National Book Award to his Kirkus Prize, MacArthur grant and Marvel Comics Black Panther series. An acclaimed Russian novelist writes a sprawling novel that puts the former USSR under one tent, two historians with idiosyncratic approaches publish new books, a Hungarian best seller being compared to Ben Hur comes to the U.S., and a memoir of a young man partially blinded in a freak accident reframes the concept of two years in the wilderness.

Ludmila Ulitskaya, The Big Green Tent, translated from the Russian by Polly Gannon

One of Russia’s best-known contemporary novelists, Ulitskaya has won literary prizes in Italy, France, China, and South Korea, as well as the 2009 International Man Booker International Prize and the 2014 Austrian State Prize for European Literature.

In The Big Green Tent, “books that rarely make it onto bookshelves—blurry photocopies; barely readable carbons; dog-eared, smuggled Western editions passed around among wary friends—inspire, crush, sustain, kill,” writes Leonid Bershidsky (The Atlantic). The novel, he adds, “is like the sharp-tongued gossip that flowed in many a crowded kitchen—enlivened by dangerous undercurrents, and never boring.” Bershidsky vouches for the author’s authenticity: “I have lived in, and left, Ulitskaya’s Moscow. So I can attest to her astute evocation of its inhabitants’ mix of love and hate for the city, and to her portrayal of the special circle within it that has vexed every Russian regime since the czars.”

Kim Hedges (Minneapolis Star-Tribune) is impressed with the author’s “kaleidoscopic view of a cast of passionate artists, dreamers and dissidents, stretching from around the time of Stalin’s death in 1953 into the 1990s.”

Emily Tamkin (The Millions) notes that The Big Green Tent is a “beautiful reminder” that the Great Russian Culture has always been created and preserved by a small but exceptional portion of society.” It is, she writes, “the story of three boys growing up, yes, but so, too, is it a portrait of a time, and a sketch of so many types who lived in and through it, and of Russian literature itself.”

“Ulitskaya sees history not as a single, coherent narrative but as a multiplicity of personal stories and perspectives,” writes Evelina Mendelevich (Chicago Tribune). “This vision is reflected in the narrative form of The Big Green Tent: Almost every chapter in the book can be read as an autonomous story. At the same time, the stories are deeply interconnected: A character who played an episodic role in one chapter becomes a protagonist in another. Ulitskaya turns the reading process itself into a lesson on reading the world, forcing us to admit that we cannot see the whole picture, that people, things, and events have many sides and layers, some of which remain hidden until viewed through someone else’s eyes.”

The title of the new book from Cambridge classicist and blogger (A Don’s Life), comes from Senatus Populusque Romanus, “The Senate and People of Rome.” It has many admirers. As for Beard, she tells Time magazine she would not want to live in any time or place of the past: “I’m a woman! It’s just about conceivable to me that a man might be able to find someplace, but it would all be a hell! There’s no political rights, death in childbirth, and no aspirin! Never. I like now.”

Shadi Bartsch (Financial Times) delivers the most surprising critical assessment: “Toting Mary Beard’s SPQR through the X-ray line at O’Hare airport, I was pulled aside by a security guard who seemed convinced that it was a hollowed-out way of transporting weaponry on to a flight. Granted, at 600 pages this is an imposing book. But it is a work whose scope justifies its size.”

Emily Wilson (The Atlantic) calls Beard’s new history of Rome “sweeping” and “magisterial,” and concludes, “The ancient Romans, Beard shows, are relevant to people many centuries later who struggle with questions of power, citizenship, empire, and identity.”

“Mary Beard unpacks the secrets of the city’s success with a crisp and merciless clarity that I have not seen equaled anywhere else,” writes Ferdinand Mount (New York Times Book Review).

The openness to immigration was the first thing….It was by making immigrants, and thousands of slaves too, into citizens and by conscripting the peoples they conquered into Rome’s army that the city became a great metropolis with over a million inhabitants before the dawn of the Christian era. Beard ends her book with the concluding flourish of the emperor Caracalla in A.D. 212, when he declared that every free inhabitant of the Roman Empire would henceforth be a Roman citizen.

“She is consistently but not deformingly alert to irony, to satire, to humor in its high and low forms,” writes Dwight Garner (New York Times). “About Caligula, for example, she writes: ‘The idea of some modern scholars that his dinner parties came close to orgies, with his sisters ‘underneath’ him and his wife ‘on top,’ rests simply on a mistranslation of the words of Suetonius, who is referring to the place settings — ‘above’ and ‘below’ — at a Roman dining table.” Yes, this is how rumors start.’ You come to Ms. Beard’s books to meet her as much as her subjects. They are idiosyncratic and offbeat, which is to say, pleasingly hers.”

Vowell’s idiosyncratic approach to American history and culture has unfolded through film, radio (she was a contributor to Public Radio International’s This American Life from 1996 to 2008) and seven nonfiction books. Mostly, it’s working for her.

“Vowell wanders through the history of the American Revolution and its immediate aftermath, using Lafayette’s involvement in the war as a map, and bringing us all along in her perambulations,” notes Charles P. Pierce (New York Times Book Review).

He points out obvious risks to her approach: “…it is a very narrow footbridge across the Gorge of Eternal Cuteness that the author has to walk. Second, it is very easy to imbue every stray thought of the strangers who sit next to you on the bus with an unearned profundity simply because you don’t know who they are. …It is greatly to Vowell’s credit that she fairly skips across the gorge, and that she shows rare good judgment in the strangers whom she shares with her readers. Her prose sparkles…. This reads not as a stretch but, rather, as somebody fashioning a braid of past and present, and doing it with a wink.”

Peter Lewis (Christian Science Monitor) also points out the risks in Vowell’s approach to history: “She shapes [Lafayette] as her research and freethinking, freewheeling, brassy braininess tells her to shape him. Critics of her pert, sui generis style of history telling purse their lips and tut-tut: too indie, too alt-vibe, too uppity. Well yeah! Or, rather, duh! And keen as a knife while being highly entertaining, too.”

“At once light-footed and light-hearted, her histories are — dare I say it — fun,” writes Colin Dwyer (NPR). “And Lafayette is no different. Even amid defeats at Brandywine and despair at Valley Forge, loose tangents and a misplaced quip or two, Vowell emerges from the Revolutionary War with an unabashed smile on her face. I’d be surprised if her reader doesn’t, too.”

Julia M. Klein (Chicago Tribune) begs to differ. “Vowell can be funny, and she can be insightful, describing American history as ‘a history of argument, a daily docket of estrangement and tiffs.’ But she is too often neither as funny nor as insightful as she aspires to be. …When she misses, her exaltation of voiceover chronology and substance becomes self-indulgent and distracting.”

György Spiró, Captivity, translated from the Hungarian by Tim Wilkinson

Spiró’s novel follows Uri, a young Roman Jew, through the first century, with brushes with Jesus, Herod and Caligula. Captivity won Hungary’s 2006 Aegon Literary Award. The jury’s citation notes, “György Spiró presents a theory in novelistic form about the interwovenness of religion and politics, lays bare the inner workings of power, and gives insight into the art of survival…. This book is an incredible page turner; it reads easily and avidly like the greatest bestsellers while also going as deep as the greatest thinkers of European philosophy,” the jury’s citation notes.

Adam Kirsch (Tablet) likens Spiró’s “sprawling (more than 800 pages), picturesque, old-fashioned historical novel about the Roman Empire,” to Ben Hur and I, Claudius. In fact, he notes, “both Jesus and Claudius, the main characters of those books, make cameo appearances in Captivity, as do other boldface names of the 1st century CE, including Caligula, Pontius Pilate, and Philo of Alexandria. What sets Captivity apart is that it makes the rare attempt to view all these historical phenomena—from the rise of Christianity to the flamboyant vices of the emperors—through a distinctively Jewish lens.” And, he concludes, while the novel “draws you in with its pageant of the classical world,…by the end it also turns out to be a profound meditation on what Judaism meant, and means.”

Howard Axelrod, The Point of Vanishing

Axelrod was a junior at Harvard when an athletic accident left him blind in one eye. A few years later, off-kilter, he retreated into the Vermont years, determined to spend two years in solitude. His memoir has drawn comparisons to others who have sought solitude in the woods.

The arc of the average memoir these days describes a flight through perversion of some kind (addiction, danger, madness), followed by a reassuring return to the comforts of normality. The Point of Vanishing traces that curve as well, culminating in the moment when, having fallen asleep in the snow, Axelrod realizes that his detachment has finally begun to terrify him. Yet, refreshingly, he never repudiates the extremity of what he’s done. He’s come in from the woods with a strange tale to tell, but what makes you want to stop whatever you’re doing and listen to him is the frosty breath of the wild that still clings to his coat.

Tim Weed (The Rumpus) also compares The Point of Vanishing to Walden, and also Black Elk Speaks. “This memoir feels like a gift in a way that few books do. Reading it, one accompanies Axelrod on a harrowing journey to the stripped-down essence of the human spirit, right up to the actual point of vanishing. The point of vanishing is to discover a brand new way of seeing the world, really seeing it, as if for the first time. Axelrod has a crucial lesson to impart: solace and meaning and wholeness are to be found in nature, in our own individual, sustained, and imaginative interaction with the physical world. This is where we need to look, in the frenetic and relentlessly plugged-in 21st century, for the parts of our spirit that have gone missing.” 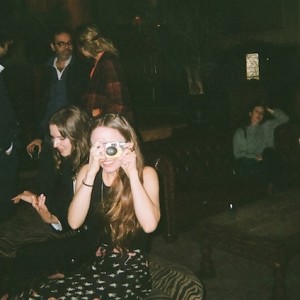 I arrived a few minutes early, just on the wrong side of cool, for The Paris Review launch party for The Unprofessionals...
© LitHub
Back to top
Loading Comments...