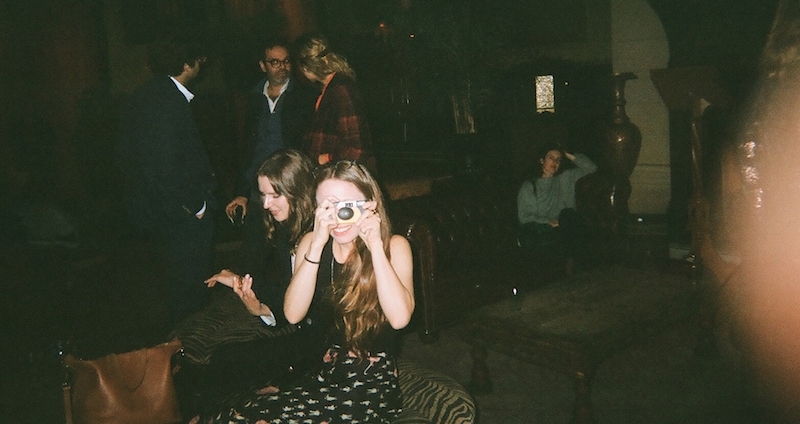 Lauren Cerand Reports from the Launch of The Unprofessionals

I arrived a few minutes early, just on the wrong side of cool, for The Paris Review launch party for The Unprofessionals at the Jane Hotel, so I popped into the lobby branch of Cafe Gitane and admired the way that New York, in particular, does newly-minted nostalgia. The anthology’s contributors include Atticus Lish, whose publicity I did for Preparation for the Next Life, which Tyrant Books has just brought out again in a gorgeous new edition.

At the bar, I ordered a Sidecar and touched up my lipstick in the reflection on the highly-polished cash register, and Patrick Hoffman came over to say hello. I asked him if he had any good-natured gossip for my column and he said, “I’m a private investigator. I’m discreet.” He was willing to divulge that he has just finished his second book. He really is a detective when he’s not writing. Do pick up his debut, The White Van.

From there I moved into the ballroom, which I found pleasing for its French chairs, low and velvet (as they are at my place), and the general atmosphere of a hotel in Zagreb I’ve been daydreaming about (the Esplanade)—and so that’s how I imagine it, with old-fashioned uniforms, burnished wood, and plenty of taxidermy. Pleasing, too: the potted palms, a cool Edwardian look that deserves a revival.

In the spirit of the age, I nabbed a corner table with a midnight blue (I think, it was dark) divan for myself, and attempted to use telepathy to summon a male acquaintance to come and talk, which might have worked eventually, but then I was distracted and forgot.

Jeffery Gleaves, digital manager for The Paris Review, was also the evening’s DJ, and his pick was Floating Points, which he deemed: “The best ambient electronic music to play at a party. Soft but punctuating enough to make the party happen.” The man smoking a cigarette next to him (this happened outside) nodded approvingly at his use of “punctuating.” A starred review.

Ariel Lewiton of Sarabande Books, riding high with John McManus, a new volume of Transtromer, and last year’s PEN/Hemingway winner, gives everything that she is associated with a good name, including bangs. Hers are very chic.

Cressida Leyshon, deputy fiction editor for The New Yorker, stashed the balloons she planned to take to a surprise party (we should all hope for such marvelous friends), and told me that the magazine will begin publishing novellas online Thursday. Callan Wink is the first author.

Sadie Stein was wearing the Austrian designer Lena Hoschek, and on the subject of gossip demurred with a very charming, “Not now that I’m married.” She and Paris Review editor Lorin Stein are newlyweds and very much have the enchanting air of honeymooners still about them.

I wasn’t sure who I’d see, since last night was such an exceptionally hot night for events around town. At Community Bookstore, Leslie Jamison interviewed Susana Moreira Marques, author of Now and at the Hour of Our Death, translated by Julia Sanches and published by And Other Stories. I asked a correspondent to send me a memorable quote from the evening’s talk, and my favorite would have to be: “There is more of me in the parts about other people than in the parts when I write about myself.” Up at the Center for Fiction (moving soon to Fort Greene), Maggie Nelson and Sarah Manguso and Heidi Julavits were in conversation, and Chelsea Hodson told me they stopped accepting reservations for the 100+ capacity space a month ago.

Back at the Jane, Lorin Stein was introducing The Unprofessionals by saying, “Not since the mid-90s has there been such an explosion of talent… in the past five years, our circulation has doubled, which runs counter to everything we’ve been told about literature and publishing.” I was sitting with his uncle, and was delighted by the fact that the party was a family affair.

Greta Gerwig was the first reader, and I remembered the first time I saw her, at Jonathan Baumbach’s birthday party, walking across a lawn in the Berkshires in a flawless white dress. She confessed she stutters, which made recording a recent audiobook a two-week affair and, she added for deadpan effect, it was only a novella. But I don’t remember her stuttering at all.

The next reader read Sarah Manguso’s contribution to the anthology, which I thought must be a very cool, very literary type of moment, to be discussing your work in one venue in New York as elsewhere it’s read in your absence. First line: “It can be worth forgoing marriage for sex.”

Dorothea Lasky’s work was read next, and the line I had to write down was, “I’ve got you in my grasp. I’ve got you right here in my room once again.”

Alex Karpovsky read his selection with perfect pitch, including the line, from a lover to the narrator, “All my life I’ve been looking for my man and I think I’ve finally found you,” which elicited a knowing low chuckle or two with its Diamonds Are a Girl’s Best Friend intonation.

Passing through the bar area, I heard one of my favorite phrases: “Did we meet last night?”

Michele Filgate will teach a course early next year for Catapult about writing for the Internet. Asked for an example of the highest standard, she cited Lidia Yuknavitch’s “Woven” for Guernica. I’ll vouch for that. Lidia mesmerized the audience at the Mazama Festival of Books, which I organized in a remote part of Washington State a few years ago. She is the real deal.

ReganArts was well-represented with executive editor and associate publisher Lucas Wittman and acquiring editor Ron Hogan both in attendance. Lucas is also the co-founder of House of Speakeasy, a literary cabaret that is really fabulous and fun. The next show is February 1.

I went back for another glass of bubbly and ran into my old friend and neighbor, Amanda Stern, whose Happy Ending series reinvents itself as continuously as New York does, emerging each time slightly more dazzling, and is now at Symphony Space and the next show is February 10.

As I already was in the West Village, I decided to go and look for my favorite Henry Miller-toting bartender whom I met at Good World when I lived down the street back then (and once gave Barney Rosset’s old copy of The Devil in the Flesh), but he wasn’t at the Beatrice Inn and he wasn’t at Employees Only and so I repaired to a restaurant I had seen earlier from the cab window, Left Bank. I’m headed to the real thing next week so it seemed poetic as an interlude.

I had three oysters and a bar steak and sugar pie for dessert, which I haven’t seen on a menu since I snuck out of an ashram in Quebec years ago. I stayed until the kitchen was closed, and the restaurant was quiet, with candles all around and Echo and the Bunnymen on. I rarely pick up a gift bag but this time I had, and inside I found a vintage issue of the Paris Review and a little notebook with a cover that said “Pearls and Men.” Maybe the subject of my next column.

SLIDESHOW: THE PARIS REVIEW LAUNCH FOR THE UNPROFESSIONALS 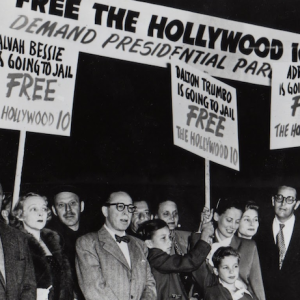 “When Did You Start to Think of Yourself As African?” Ivan Vladislavić answers some tough questions from Nuruddin...
© LitHub
Back to top
Loading Comments...