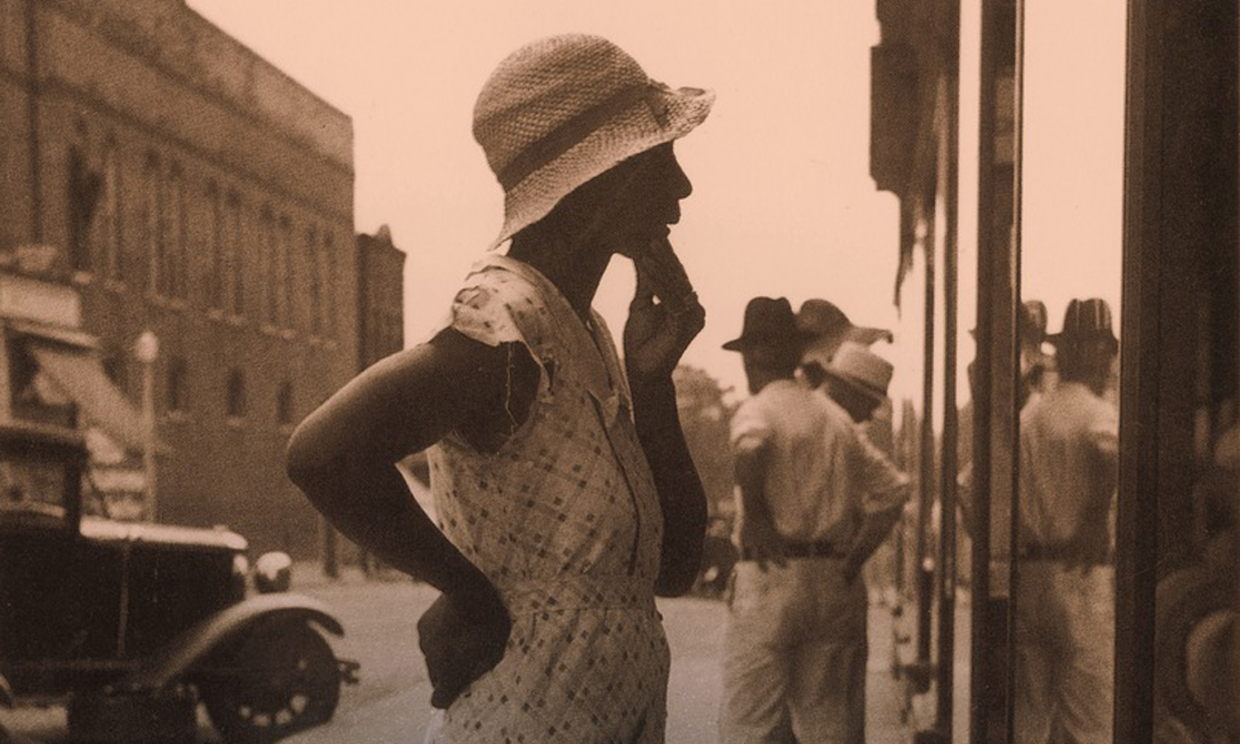 Two months into his authorial juggernaut Jonathan Franzen charms Stephen Colbert with a bedside story about Little Red Reading Hood. Mary Gaitskill’s new novel gallops away from the gate. Luc Sante reminds us why Paris was a flaneur’s dream. Sarah Weinman’s Women Crime Writers reinvigorates a genre. Countdown to the November 18th announcement of the National Book Awards continues, with Dan Chiasson’s appreciation of Robin Coste Lewis’s The Voyage of the Sable Venus. Perfectly timed for this past Halloween weekend, more reviews of Stacy Schiff’s The Witches.

The new novel by Gaitskill, whose Veronica was a finalist for the National Book Award, enchants critics.

“Imagine the cast of Mary Gaitskill’s last novel, Veronica, denizens of the downtown art galleries and clubs, if they got sober, got jobs and moved to upstate New York to raise families,” suggests Elissa Schappell (Los Angeles Times). “This is the world of Ginger, a 47-year-old failed artist and recovering alcoholic, and her professor husband, Paul, in The Mare… What elevates it is the way Gaitskill rides herd on sentimentality, which isn’t to suggest that the work isn’t emotional—it is. It’s just that there are no false notes, no stumbles in the rare moments of tenderness. It’s brave and bold to publish a book like this.”

“What it would be like if [Mary Gaitskill] loosely rewrote National Velvet, the 1935 Enid Bagnold novel that became the 1944 film with the young Elizabeth Taylor?” asks Dwight Garner (New York Times). “I doubt this question had occurred to anyone. Mary Gaitskill plus National Velvet sounds like a prompt for an improvisational comedy troupe. But Ms. Bagnold’s novel was darker and grainier than the film version, and Ms. Gaitskill locates in it the seeds of her intermittently powerful if tonally awkward third novel, The Mare.”

“The Mare is worth reading for the plot alone, which is as uplifting as it is gutting,” writes Hannah Tennant-Moore (The New Republic). “But Gaitskill is more than a gifted story-teller. She is an enchanter, to borrow Nabokov’s description of what makes a good writer a major one. “

Natalie Serber (Portland Oregonion) calls The Mare “a beautiful coming-of-age novel about love and violence with a soupçon of redemption tossed in.”

Luc Sante, The Other Paris: The People’s City, Nineteenth and Twentieth Centuries

Much praise for the new book from the Belgian-born polymath (seriously; Google Luc Sante, polymath), whose awards include a Grammy (for album notes), a Whiting Writer’s Award, an Award in Literature from the American Academy of Arts and Letters, a Cultural Award from the Belgian-American Chamber of Commerce, an American Scholar Award for Best Literary Criticism, an Infinity Award from the International Center of Photography, and Guggenheim and Cullman Fellowships. He talks with Andrew Holter (The Paris Review) about his times in Paris.

“Lost neighborhoods, the way the other half lived and died, buried treasure in the form of old photographs and documents, what he has called the ‘husks’ cast off by the past, are the main attraction for this literary scavenger,” notes Molly Haskell, (New York Times Book Review). She adds: “The elevation of the obscure and the overlooked, the discarded or hidden or marginal, to artistic status or cultural prominence has become a cottage industry for artists and writers of late, but… Sante is in a class by himself.”

“The Other Paris is both eulogy and paean to the matrixes of anarchy, creativity, crime, and serendipity that once gave shape to the City of Light,” writes Anna Wiener (The New Republic). Sante’s book, she adds, “is intended to be ‘a reminder of what life was like in cities when they were as vivid and savage and uncontrollable as they were for many centuries,’ and its pages are populated by artists, writers, anarchists, and criminals…”

Allan Massie (Wall Street Journal) calls it “a wonderfully rich book, packed with information, lively in style, evoking the turbulence of a vanished time and city,” and carps a bit: “Admittedly it often verges on sentimentality, and is soaked in nostalgia.”

The Other Paris, writes David L. Ulin (Los Angeles Times) “is an attempt to participate in a lineage, in a heritage, to undertake an excavation, to see the city as an ongoing interpretation, as a game once again. If this can feel impossible now, in an age of wealth and homogenization, when the gritty textures of the urban landscape have become, like Brassaï photographs, ‘absorbed into the sort of tourist nostalgia imagery that precludes thought or experience,’ that is precisely what Sante writes against.”

Tomas Hachard (NPR) notes that Sante “is inspired by the 19th-century flaneurs who took the exploration and study of their city as a life’s calling. And in that vein, Sante clamors for a city that rewards that exploration,” and “laments the divided city that he lives in today…”

Weinman calls her two-volume selection “a rich trove of nerve-jangling suspense, thick with the fears and longings of women trapped in bad marriages, stuck between parents and children, who show steel and backbone in the most terrifying of circumstances.”

It includes noir classics like Vera Caspary’s Laura, Dorothy B. Hughes’s In a Lonely Place, and Patricia Highsmith’s The Blunderer. Rich pickings for reviewers.

Val McDermid (New York Times Book Review) concludes that each of the eight novels in Weinman’s collection is “still riveting in its own way.” She adds, “I can’t help thinking that authors like Gillian Flynn, Laura Lippman, Megan Abbott and Paula Hawkins have learned a thing or two from such foremothers. Like their predecessors, these contemporary writers are all the more unsettling because they hit just close enough to home to infect us with personal anxiety. The question is whether their works will stand the test of time as well as Sarah Weinman’s irresistible octet of suspense and surprise.”

“Whether it’s a twisty tale of the murder of a sophisticated Manhattan striver (Laura), a bone-chilling dangerous babysitter nightmare (Mischief), or a campus murder tale rife with sexual neurosis (The Horizontal Man), the stories in the anthology are page-turners, every one,” concludes Megan Abbott (New York). “Many are psychologically dense, others are rough and ready, but all are filled with a delicious mid-century sheen: pointed magenta nails curving over gold cigarette cases, Brandy Alexanders and lavender-tinted moire gowns, Spanish bungalows and eucalyptus groves and kicking off one’s gold mules. But all these novels offer pleasures that go beyond compulsive readability.”

Cullen Gallagher (The Paris Review) says the set of novels “challenges and redefines our notions of American crime fiction.”

Michelle Dean uses the book as a jumping off point for her New Yorker piece on author Vera Caspary.

Schiff’s original take on the witchcraft trials that inspired Arthur Miller’s The Crucible a half century ago continues to draw critical attention.

“Men of ambition, notably the minister and pamphleteer Cotton Mather, employed the devil as a convenient tool with which to amass power,” notes Nancy Rommelmann (Newsday). “If dozens of innocents died along the way, well, who was to say they were innocent? More than 300 years later we are still examining the wounds, which Schiff… an indefatigable researcher, offers in compulsively readable form.”

“Schiff is what the Germans call a Menschenkenner: a knower of human nature, and her book is a tightly plotted character study,” notes Jane Kamensky (New York Times Book Review). “She peppers her narrative with lively sketches of the leading players, whose skin she tries to inhabit from the inside out.” Kamensky has quibbles, which lead to her conclusion: Schiff is good at people, and people make history. But history also makes people. To reckon with Salem, 1692, is to peer into a leaded 17th-century window, thick and cloudy and bubbled, not to stare, as Schiff does, in a mirror that reflects most brightly our own self-satisfied faces.”

“The Witches gives air time to all the familiar hypotheses about what happened,” writes Mike Fischer (Milwaukee Journal-Sentinel). “Listening hard and empathetically, Schiff suggests many of them are right and all of them are incomplete. A gorgeous and confident writer, Schiff’s conclusions are nevertheless messy and tentative. That’s how truth works. Then as now in America, that’s what we’re always most apt to forget.”

“Her book is a brilliant feat of research, and she organizes vast streams of often fragmentary historical data into a lively narrative that has an almost cinematic immediacy,” writes Nick Romeo (Christian Science Monitor).

Dan Cryer (San Francisco Chronicle) acknowledges that The Witches relies heavily “on her predecessors in the field, notably David D. Hall of Harvard Divinity School and John Demos of Yale, author of the path-breaking Entertaining Satan: Witchcraft and the Culture of Early New England.” But, he concludes, “there is no denying her book’s extraordinary narrative power.”

National Book Award judges cite Lewis’s first collection of verse, a finalist in poetry, as “an electrifying collection is a triptych that begins and ends with lyric poems considering the roles desire and race play in the construction of the self,” adding, “Lewis’s book is a thrilling aesthetic anthem to the complexity of race—a full embrace of its pleasure and horror, in equal parts.”

“Rita Dove and Gwendolyn Brooks are always in my head,” Lewis says, as she describes dozens of influences to Nicole Sealey in the PEN Ten. (Lewis reads at The New School on November 4.)

Dan Chiasson (The New Yorker) explains that Lewis’s “arresting” book derives its title from a notorious 18-century engraving by Thomas Stothard, “The Voyage of the Sable Venus from Angola to the West Indies.”

The image was slave-trade propaganda: it shows an African woman posed like Botticelli’s Venus on a weirdly upholstered half shell. She glides serenely across the Middle Passage, attended by an entourage of cherubs and dolphins and escorted by a predatory Triton, who looks as though he’d read the poem on which the engraving is based: Isaac Teale’s “The Sable Venus, An Ode,” which celebrates the pleasures of raping slave women, since black and white—Sable Venus and Botticelli’s Venus—are, after all, the same “at night.”

“Voyage of the Sable Venus was made over roughly forty thousand years, if we take seriously Lewis’s continuum of historical and autobiographical time,” Chiasson concludes. “In its final sections, many of the art works listed are by black women, including a ‘Venus of Compton,’ whose presence suggests not only the tennis star but also Lewis’s own birth in that city. The effect is magical, a little like Hermione’s abrupt transformation, at the end of The Winter’s Tale, from statue to living woman. All those women made into serviceable, mute paddles and spoons, missing their limbs and heads, are, by the miracle of verbal art, restored.”

Publishers Weekly names Voyage of the Sable Venus a best book of 2015. “As Lewis engages with depictions of black female bodies in Western art, she wrestles with constructs of blackness and gender, alienation and self-formation. Her ability to vary form and tone in dealing with such serious content marks this as a fantastically well-rounded collection.” 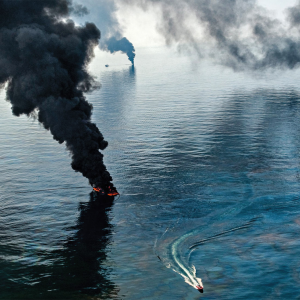 For the next two days Literary Hub will help in counting down the days until the seventh-annual Irish Arts Center PoetryFest...
© LitHub
Back to top
Loading Comments...