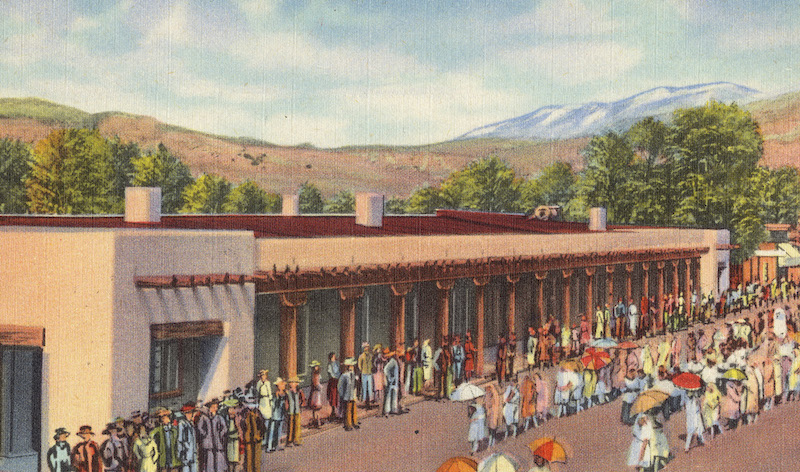 Awards season is upon us. The National Book Critics Circle announces finalists, and the winners of the John Leonard Award for first book, the Balakian award for excellence in criticism (congrats to Washington Post nonfiction book critic Carlos Lozada) and the Sandrof award for lifetime achievement, all to be honored on March 17th. Viet Thanh Nguyen’s The Sympathizer wins the Carnegie award, after taking home the Center for Fiction’s first novel award last month. The Story Prize announces its finalists, with the winner to be announced March 2nd. The Morning News launches the 2016 Tournament of Books, with 17 books in competition for the rooster. Samantha Hunt’s third novel harks back to a time of mediums and religious fervor. Abby Geni’s first draws comparisons to Daphne du Maurier and Alice Sebold. David Searcy’s first essay collection grabs attention with an idiosyncratic sensibility represented by this autobiographical statement: “Pretty much everything I write (and am likely to write, I think) derives from ideas in a long and probably fairly muddled essay I wrote in the 80s, itself inspired by the Pogo character Howland Ow’s determination to visit the sun equipped with space faring gear assembled from simple household odds and ends.”

A short story collection wins the National Book Critics Circle John Lenard award for best first book. It’s the third year for this award, named for a founding NBCC member and long-time editor of the New York Times Book Review. The first two winners were Anthony Marra for A Constellation of Vital Phenomena and Phil Klay for Redeployment. Quade is an assistant professor at Princeton. She is a former Stegner fellow and Jones Lecturer at Stanford University, recipient of “5 under 35” honors from the National Book Foundation and a Rona Jaffe award. Here’s how her collection struck reviewers when it came out in 2015.

“Character after character in her 10 stories is inspired, terrified, cleansed, confused, and often disappointed by an urge for transformation,” writes Ann Hulbert (The Atlantic). “Imaginative zeal is Quade’s signature, too… In almost every story, Quade goes for vivid spectacle and theatrical plot twists. They often involve the ‘miracle-laden, medieval Hispanic Catholicism’ she has said she grew up with in northern New Mexico, where much of her fiction is set.“

This is a book suffused with the desire to reclaim what has been lost, with longing for love misplaced, with the search for the “astonishing” relief, as one character puts it, at being “the kind of person who might meet another person’s need.”

But Valdez-Quade’s title is fitting. It is the way of suffering that makes the night at the fiestas, where people are “fighting and kissing and dancing wildly,” shine so bright in memory. The idea of what it will become is its most salient animating feature. What it is, what it was and what comes after are what we’re left to contemplate in the white space that follows every story. Because what else makes a story worthwhile except the attempt to reckon with the near-inarticulable answer to the question we’re all asking in the dark: What was all that?

“Is there redemption in Night at the Fiestas?” asks Gina I. Rodriguez (The Rumpus). “Disappointment and regret certainly, yet some of Quade’s characters manage to push past that. In summoning pity for a fallen priest, unmarried Crystal of ‘Ordinary Sins’ comes to hope she may have the compassion to care for her unborn children. In their ‘[s]heer skin, warm, tangled limbs, tiny blue beating hearts,’ they signal a possible future where she is a good mother. It’s a small hope, because nothing is certain for these families, nothing beyond the fact that their ties—in their trouble, their hurt, their pain—are binding.”

Wendell Berry, The Art of the Commonplace

The National Book Critics Circle selects Wendell Berry, author of more than 50 books of poetry, essays and fiction and a celebrated spokesperson for agrarian values, for the Sandrof lifetime achievement award (given to such literary luminaries as Toni Morrison, Rolando Hinojosa-Smith, Joyce Carol Oates, Robert Silvers, Lawrence Ferlinghetti, and PEN American Center). “When people begin to replace stories from local memory with stories from television screens, another vital part of life is lost,” Berry writes in a 2015 essay on farmland without farmers in The Atlantic. His The Art of the Commonplace collects 20 essential essays by a writer the New York Review of Books has called “perhaps the great moral essayist of our day.” The opening line is a clue to his art: “The hill is not a hill in the usual sense. There is no ‘other’ side.”

The Fox Sisters, the 19th-century mediums, inspired Hunt’s third novel (Mr. Splitfoot was the spirit/devil they invoked). She weaves their story together with the journey of 21st-

century orphans in a spooky narrative that appeals to critics.

Priscilla Gilman (The Boston Globe) calls Hunt’s third novel “at once an intriguing mystery with clues, suspense, enigmas galore, and an exhilarating, witty, poignant paean to the unexplainable, the unsolvable, the irreducibly mysterious. “ She concludes: “Hunt is dedicated to delving deep, confronting difficulty, and unearthing complicated emotions and experiences buried beneath layers of kitsch and cliche. But her epistemological and ethical rigor are complemented by a lovely respect for what remains uncategorizable, unable to be mastered or explained away.”

“The historical and the fantastical entwine like snakes” in Hunt’s fiction, writes Ron Charles (Washington Post) “From her home in the Hudson Valley, Hunt must have soaked up the spirit of New York’s dark woods, which have long been fertile ground for revelations. Remember, it was here, in the Empire State, that Joseph Smith dug up those golden plates, John Humphrey Noyes practiced complex marriage, and the Fox sisters clicked their toes to channel messages from the spirit world.”

Jenny Shank (Dallas Morning News) finds the novel “unusual and engaging,” “quirky” and “mysterious.” Shank notes that Hunt’s setting in west and central New York, was “a hotbed of religious revivals during the Second Great Awakening of the 19th century.

The Mormons, the Shakers, the Adventists, the Oneida Society and more all trace their origins to this region. In the 1850s, three sisters from the area catalyzed the creation of Spiritualism when they claimed they could communicate with a ghost named Mr. Splitfoot. Meteorites have peppered this same region over the years, falling in a belt from Cambria to Peekskill, where in 1992 a rock from outer space smashed into the trunk of a teenager’s Chevy Malibu.

Part gothic spine-chiller, part bleak, backwoods road novel, Mr. Splitfoot ranges all over the modern-day Burned-over District (although another Great Revival-era moniker, the “infected district,” seems better-suited to the region as Hunt describes it). In Hunt’s Western New York, it seems you can hardly swing a dead cat without hitting a religious cult leader or member, wielding influence that spreads like contagion.

Set in the Farallon Islands off the coast near San Francisco, Geni’s first novel draws comparisons to The Lonely Bones and Rebecca.

Caroline Leavitt (San Francisco Chronicle) invokes Du Maurier: “Nature can be exquisitely beautiful and transcendent, but in Abby Geni’s dazzlingly unsettling first novel, it’s also as ruthless, untamed and menacingly violent as the people who inhabit it.” Miranda joins a colony of researchers on the Farallon Islands near San Francisco. “The research cabin is as foreboding as Rebecca’s Manderley mansion, complete with its own ghost, a woman whose skeleton was found and carted away years ago, and who seems to favor Miranda’s room and even beckon to her. The floors creak and there are odd noises. And then, one night, Miranda is savagely assaulted in her bed.”

“Some of the best novels start with the most unlikely and most unappealing premises,” writes Meredith Maran (The Chicago Tribune) “One case in point: the runaway best-seller-turned-movie The Lovely Bones. Imagine author Alice Sebold pitching the concept to her publisher: ‘Teenage girl is raped and murdered, then watches from her perch in heaven as her loved ones struggle to survive in the aftermath.’ What were the odds? The Lightkeepers is another such book, and it deserves that level of attention. Part murder mystery, part psychological thriller, part ode to one of the western world’s wildest landscapes, this dark, compelling tale is an astonishingly ambitious debut. Fortunately, author Abby Geni has the pedigree and the chops to make risky moves… Geni shuns predictable protocols of plot, character and setting. Taking a leap off the literary cliff is not for wimps. It’s a testament to Geni’s skills that she takes her readers with her.”

Isabella Biedenharn (Entertainment Weekly) says: “Geni’s haunting debut takes place on an island just 30 miles from San Francisco, but it might as well be another planet—killer sharks circle the water, violent birds rip the skin off of seals and peck humans in the head, and the waters are so rough, there isn’t even a dock for boats. Miranda, a nature photographer, applies for short-term residence on the island, living in a cabin with a few quirky biologists. But things change when she suffers a violent attack—and then her attacker is mysteriously killed the next day.”

“Geni may be unmatched in her ability to describe nature in ways that feel both photographically accurate and emotionally resonant,” concludes the starred Kirkus review. “Natural wildness, human unpredictability, and the subtle use of literary devices are woven here into a remarkable, vertiginous web.”

Searcy’s offbeat essays are as well crafted as short stories, which appeals to critics.

“What unites the 21 essays,” writes Michelle Orange (New York Times Book Review), “is the sense of a wildly querying intelligence suspended in a state of awe… Searcy is drawn instinctively to moments, the way parcels of time expand and contract in memory, conjuring from ordinary experience a hidden sense of all that is extraordinary in the world, in being alive…”

“These pieces aren’t rocking-chair reminiscences but attempts to make the familiar feel brand-new—like a down-home Roland Barthes, his quirky observations and sudden narrative turns remind us of the strangeness we miss every day,” writes Mark Athitakis (Minneapolis Star-Tribune).

David Wiegand (San Francisco Chronicle) applauds “Searcy’s vision, his ability to look across an often flat Texas landscape and find unforced parallels with the image of a beetle to represent Khepera, said by ancient Egyptians to be the creator of the world. And from there, he ponders the nature of dung beetles and their dependence on the Milky Way to help them navigate as they roll their balls of dung away from would-be beetle thieves.” Wiegand concludes, “What makes Searcy such a master storyteller is that he is a master observer, sharing his vision through essays that read like exquisitely crafted short stories.

One of the Great Unsung Crime Novels of the 20th Century 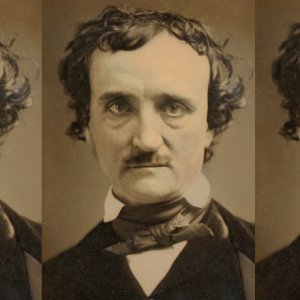