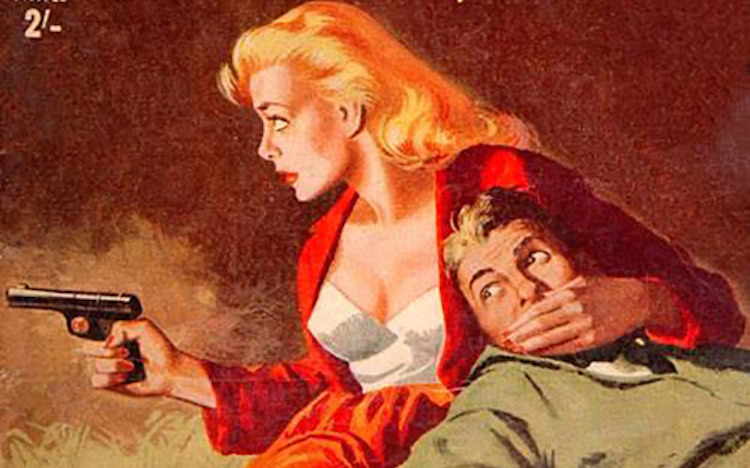 One of the Great Unsung Crime Novels of the 20th Century

When I was the editor of Black Lizard Books between 1984 and 1989, the one novel I wanted most to publish in the series was Elliott Chaze’s Black Wings Has My Angel. The book was brought to my attention by Edward Gorman and Max Collins, both of whom had written admiringly about it. I read it and was floored. Black Wings was an astonishingly well-written literary novel that just happened to be about (or roundabout) a crime. It was a perfect fit for what the publisher and I were doing at Black Lizard, putting out books that were psychologically provocative, on the edge, and, more often than not, over the edge. Our authors—among them Jim Thompson, Charles Willeford, David Goodis—were uncompromising, cruel, crazy, sexy, and daring. Chaze’s novel, published originally in 1954 and since then widely available only in French translation, was to be a kind of crowning achievement for Black Lizard. Unfortunately, before we could publish it, the company was sold and the editors who inherited the series deemed Black Wings unworthy of publication.

As were many fiction writers of his era, Chaze was a disciple of Hemingway: brief, often blunt sentences devoid of unnecessary frills or explication. Like Hemingway, he was a newspaperman—the five Ws (who, what, where, when, why) were his commandments. James M. Cain, Paul Cain, W. R. Burnett, A. I. Bezzerides, and dozens of others rode similar rails, but what made these particular writers stand out was that they usually had a good story to tell.

I told many people about Black Wings, one of whom, the movie producer Monty Montgomery, paid Chaze a visit at his home in Hattiesburg, Mississippi, in 1987. Montgomery told Chaze he would like to consider making a film of the novel, but Chaze said he’d already sold the film rights to a French director/actor named Jean-Pierre Mocky, ending that conversation. (Mocky did, in fact, make a movie out of it, but not a very good one.) Montgomery told me that Chaze had been borderline polite to him, cordial but crusty.

It so happened that a year or so later, I was in the neighborhood (New Orleans), so I drove up to see Chaze myself. He and his wife lived in a small bungalow with a narrow porch out front near the railroad tracks. I knew he had worked for many years as a reporter for the Associated Press, in Louisiana and Colorado, and then at the Hattiesburg American, where he was the city editor for more than a decade. He’d written a number of novels beside Black Wings, “literary” novels as well as a short series about a crime-detecting newsman named Kiel St. James. I’d found and read a few of these, and the only one I thought had anything to recommend it was Tiger in the Honeysuckle, a “straight” story dealing with racism. Tiger was all right, but nothing else Chaze wrote came anywhere close to what he had accomplished on all levels in Black Wings.

Chaze welcomed me warily, saying right off that in his opinion New Orleans was a cesspool of filth and degeneracy and that it literally stank. Why would I want to spend any time there? he asked rhetorically. Once inside the little house—his wife, Mary, he explained, was sick and locked in her bedroom—he took me into his study, sat down at his desk, and pointed to a gun in a holster hanging on a nail in the wall just above it.

“After my prostate surgery,” Chaze said, “I was in so much pain, I came in here and took that pistol”—he stood up, removed the gun from its holster, and sat down again— “and put it in my mouth, like this.” He put the tip of the business end to his lips, held it there for a few moments, then held it out away from him before resting his hand on the desk. “I decided to wait until the next day before I killed myself, to see if the pain slacked off any. It did, and even more the day after and the day after that. So, for better or worse, mostly worse, I’m still around.”

Chaze was a fairly large man, 72 years old when I met him. He was cranky, bitter about having been mostly ignored as a serious writer but making attempts throughout our visit to pretend he didn’t really care. He cared, all right; and his cynical façade faded the longer we spoke. He insisted on making us roast beef sandwiches on white bread with mayonnaise and the crusts cut off. Chaze drank milk. When I told him I preferred to drink something else, he gave me a glass of tap water. We sat in the blue kitchen of his wooden bungalow and ate lunch.

Later we sat on the front porch and he praised his magnolias that he pampered and that were growing all around us. I raised the subject of Black Wings Has My Angel and he said he didn’t see why the hell not. I told him I’d talk to the publisher about it and that’s how we left the matter. Chaze stood on the porch and watched me drive away. I had to make a U-turn at the corner and double back over the railroad tracks because the street dead-ended without warning. As I passed his house he yelled to me, “I could have told you to go the other way!” “Then why didn’t you?” I shouted back. He smiled for the first time since I’d been there.

Two and a half years later I was back in New Orleans, picked up the paper one morning, and read Chaze’s obituary. He had died without seeing his best book put back into print in his own country. I felt badly for him and silently cursed the new publisher who didn’t realize what a little gem he had tossed away, thereby refusing Chaze the real pleasure he would have enjoyed at being rediscovered by a readership I’m very sure is still out there.

The preceding appears as the introduction to New York Review Books new edition of  Black Wings Has My Angel.

Barry Gifford’s books include Sailor and Lula: The Complete Novels, The Roy Stories, Imagining Paradise: New and Selected Poems, and most recently the novel The Up-Down, and Writers, a collection of plays. His screen credits include Wild at Heart, Perdita Durango, City of Ghosts, and Lost Highway. 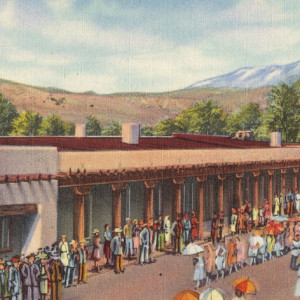 Awards season is upon us. The National Book Critics Circle announces finalists, and the winners of the John Leonard Award...
© LitHub
Back to top