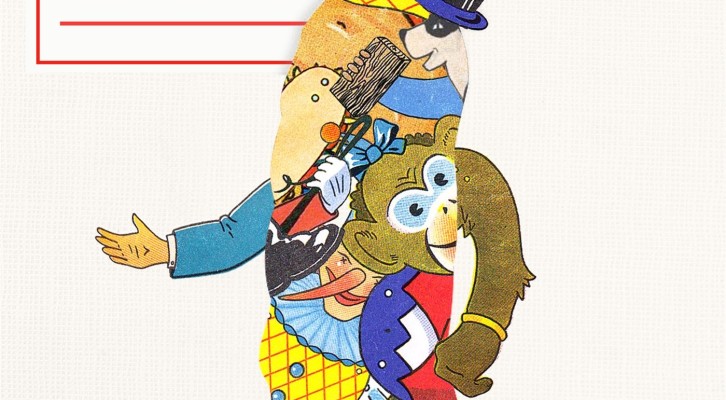 Viet Thanh Nguyen wins the Center for Fiction’s first novel award. The Pickle Index, from the ever adventuresome Eli Horowitz and Russell Quinn, draws applause on multiple platforms. Lillian Ross is touted as the grandmother of today’s narrative nonfiction. Ta-Nehisi Coates may be the 2015 champion of end-of-year lists, and Primo Levi’s life work remains in the spotlight.

Viet Thanh Nguyen, who was born in Vietnam and raised in the U.S., uses his cross-cultural perspective to great advantage in The Sympathizer, about a man caught between two cultures, a South Vietnamese Army captain who goes to university in the U.S. but returns to Vietnam to fight for the Communist cause. The Sympathizer is the winner of the Center for Fiction’s First Fiction Prize. Nguyen, also author of the academic book Race and Resistance, teaches English and American Studies at the University of Southern California.

His book fills a void in the literature, giving voice to the previously voiceless while it compels the rest of us to look at the events of 40 years ago in a new light. But this tragicomic novel reaches beyond its historical context to illuminate more universal themes: the eternal misconceptions and misunderstandings between East and West, and the moral dilemma faced by people forced to choose not between right and wrong, but right and right.

The narrator of The Sympathizer, is “a dazzling prose stylist,” writes Lisa Locascio (Bookforum). “In words, the protagonist accomplishes the death-defying feats of intellectual flexibility, critical discernment, and ideological clarity he aspires to achieve through espionage. His is a geopolitical awareness cut with equal parts blunt historical assessment, humor, and affecting pathos.”

The creators of The Silent History, which won Webby and Apple “best apps” awards (Wired called it “entirely revolutionary”) are back with a short novel framed as an Orwellian recipe exchange focused on fermentation. Think of as a both/and book/app combination, each piece stand-alone. (It’s illustrated by Ian Huebert, and “written, programmed, and designed largely in small buildings surrounded by redwoods, as well as various coffeeshops of San Francisco.”)

Ami Greko (The Bookseller) loves The Pickle Index (she read the app). She calls it “one of the rarest and most exciting things that can happen in publishing: an original story, created with and for the multiple formats it lives in,” and also “immersive.” Here’s her plot summary:

…we’re in a dystopian future, but dystopian like George Saunders, not like Philip K Dick. The land is ruled by a capricious leader, Madame J, and there are two classes, the have and have-nots. Food supplies are dwindling for half the country (I’ll let you guess which one), and to bolster civic pride and also their pantries, citizens of the country must share one pickling recipe a day via The Pickle Index. Within this framework we meet a group of circus performers, who manage to provoke the ire of the government.

Carmen Maria Machado (NPR) calls it “a tart tangy multi-platform romp,” explains how to read The Pickle Index in its various forms:

There are three ways to experience The Pickle Index, all of which can stand on their own. The first is a paperback novel, which is entirely text aside from small black-and-white woodcuts. The second is a hardcover, two-book set….The two books are not simply the paperback with color; instead, they are the two types of chapters separated: the “News” (from The Daily Scrutinizer) and the “Snacks” (Flora’s more or less straightforward narration of the story). These books can be read separately, but the illustrations in each encourage the reader to read the books back and forth, or at the very least turn and twirl the illustrations to see how they connect with, compliment, or contradict each other.

As for the app, it is different thing entirely, while still being more of the same. Within the app are the two sections yet again: the newspaper, and Flora’s chapters nestled amongst the Index. Once the reader has read the necessarily elements, they can progress through the story in real time, or with the narrative accelerated. Additionally, the app has one-off jokes and minor side plots — including two soldiers trapped in a submarine together, squabbling in the Q&A section. You, the reader, are also integrated into this frustrating world, and have to (among other things) manipulate the Index’s deliberately clunky interface.

Robin Sloan (Medium) explores the new project in a days-long online conversation in which Craig Mod calls the app of The Pickle Index “a weird little digital miracle” that “maybe half a dozen folks in the world who could execute in tandem on this level right now.” Sloan laments that “such projects have to make their way in the world without the support of simple-but-powerful promotional mechanisms like year-end best-of lists, best seller rankings, and even genre awards, and, more subtly, without a corps of critics/reviewers. (Laura Miller and Maud Newton did take a swing at it in the early days of the iPad with their great blog The Chimerist, which I still miss.)”

Lillian Ross started writing for The New Yorker in 1945; this collection of her writings reminds many reviewers how she pioneered the narrative nonfiction form.

Janet Saidi (Christian Science Monitor) calls Lillian Ross the grandmother of the sort of narrative nonfiction practiced by Janet Boo, Atul Gawande, Peter Hessler, and Susan Orleans – writers who “combine reporting with more subtle literary techniques to tell true stories that carry the momentum of fiction.” Saidi adds, “While readers and lovers of long-form nonfiction have long celebrated the creative talent involved in roller-coaster storytelling – think the talented Michael Lewis, the late Hunter S. Thompson, most Rolling Stone profiles – it’s wonderful to stop to appreciate the subdued but artful narrative that emerges from Ross’s slow, subdued unfolding of a personality, a place, a milieu, or a phenomenon, or all of the above at once.”

Tina Jordan (Entertainment Weekly) gives Ross an A for this collection of her “most luminous New Yorker pieces.”

From the other side of the pond, Oscar Quine (The Independent) credits Ross with inventing the entertainment profile, writing cinematic interviews with everyone from Charlie Chaplain to Clint Eastwood to Ernest Hemingway. Both Ross and Hemingway were surprised when the latter piece was seen as a hatchet job: “The problem was Ross’s unforgiving attention to detail. Hemingway could be read as a drunken bore. Not that he took offence. ‘Just call them the way you see and to hell with it.’ Which is exactly what Ross did.”

Ta-Nehisi Coates, Between the World and Me

Coates’ eloquent first book, framed as a letter to his son about the racism he will encounter as he becomes a man, won this year’s National Book Award and Kirkus Awards for best nonfiction book. It also may end up as the champion of “best of the year” lists, appearing so on those published by the New York Times Book Review, the Washington Post, the Los Angeles Times, Boston Globe, NPR’s Book Concierge, the Seattle Times, Publishers Weekly, Library Journal, and scores of others.

David Ulin (Los Angeles Times) is “provoked, disturbed” by Coates’ book, which is on his top 10 list. “What stirs me most is its specificity. Coates’ experience is not, cannot, be mine, and yet in reading I begin to see a little bit from his perspective, to recognize the world through his eyes. I am provoked, disturbed — as much by what I have previously taken for granted as by the situations he describes. I am shaken, complicit, on both an individual and a collective scale.”

The Complete Works of Primo Levi, edited by Ann Goldstein

This three-volume, 3000-page complete works, edited by Ann Goldstein with an introduction by Toni Morrison, has garnered many salutes. This week comes fresh appreciation.

Harpers executive editor and translator James Marcus considers the life and work of Primo Levi from all angles, addressing, among dozens of points, his “literary conquest of America” (“slow, sketchy, almost diffident”) and Ann Goldstein’s monumental effort—with a single exception all new translations:

What we hear throughout is Primo Levi’s voice: wry, honest, exact, compassionate in its recognition of human frailty, and imbued with (as he once wrote of Charles Darwin) “the sober joy of a man who extracts order from chaos.” It is a quiet voice, as if spoken just a few inches from one’s ear. It is also marvelously comprehensible, even when Levi is unleashing one of his serpentine sentences or fusing together metaphorical material that most writers would regard as scarcely covalent. Always, he sought what he once defined as “strenuous clarity” — and from the moment he first put pen to paper, he found it.

“So let’s put aside the image of Levi as friendly, forgiving, white-bearded, benign — the Santa Claus of survivors,” Marcus concludes. “His is considerably stronger medicine, even in his gentler and more comedic mode, and Goldstein and her collaborators have performed an amazing service by allowing us to see him, as it were, complete.” 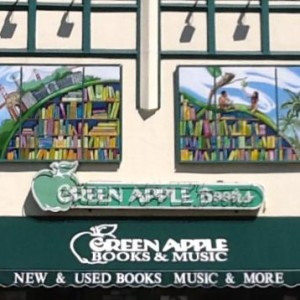 For the full results of our booksellers' favorite books of the year, head over here. GREEN APPLE BOOKS (SAN FRANCISCO) Samantha...
© LitHub
Back to top
Loading Comments...