Suzette Mayr on Her Search for the Sleeping Car Porter

I have a great-great uncle who was born in the Bahamas. His name was Baxter. He was recruited by the Canadian Pacific Railway in the early part of the 20th century to work on the passenger trains as a sleeping car porter. Young and looking for adventure, he arrived in Canada and worked for years on the trains. Sleeping car porter work was among the few decent jobs that a black man could get at the time.

Baxter is recorded nowhere in the family papers, and he likely appears in no archive, unless it’s as a criminal, named or unnamed in a police record because he was caught out for gross indecency while in the company of another consenting man, which is one of the only ways a man like him would be recorded in an official archive. Or maybe he’s not in the archives because he found the right guy, and he lived happily ever after—sometimes these things do happen under the radar. People like Baxter worked hard not to be found.

I tell you this story as truth about my ancestor even though it is 100 percent fiction. Baxter is the protagonist of my novel The Sleeping Car Porter, and I wrote him because he is the star of a book I wanted to read that hadn’t been written. I wrote him with the zeal of someone searching a family attic or closet for traces of family members whom she didn’t know existed. I made up Baxter, but I made him up because I am the only queer person I know in my Caribbean family, but not for a minute do I believe that I am actually the only queer person in my Caribbean family. I am also not the only queer black person in the history of the Canadian Prairies, where I live, and where—when I was coming out in the early 1990s—99.999 percent of the time I was the only black woman in the lesbian bar.

I know that archives are tricky places; they have been curated and controlled. It’s not a coincidence that for a long time I couldn’t find anything about queer black men in Canada like Baxter. As José Esteban Muñoz writes in Cruising Utopia:

Queerness has an especially vexed relationship to evidence. Historically, evidence of queerness has been used to penalize and discipline queer desires, connections, and acts. When the historian of queer experience attempts to document a queer past, there is often a gatekeeper, representing a straight present, who will labour to invalidate the historical fact of queer lives—present, past, and future. Queerness is rarely complemented by evidence, or at least by traditional understandings of the term.

Perhaps evidence of someone like Baxter was dismissed as not important or worth recording; perhaps his trace was erased by a gatekeeper wanting to maintain a straight history.

I had so much difficulty trying to prove that his story could have happened.

Perhaps the silences in archives are deliberate—poet Nourbese Philip writes that “Silence marks lack of neither language nor identity. Rather, it is a form of communication that those who rely on the hegemonic word of private authority cannot hear.” Black Literature scholar Karina Vernon, meanwhile, writes that “black archival practices respect that the archivist is not entitled to everything, and not everything is for the public archive.”

I researched this book about Baxter for 18 years. Part of my difficulty with writing this book is that I had so much difficulty trying to prove that his story could have happened. For many years, it was just an embarrassing sand dune of papers and books strewn about and paper-clipped together.

While doing research in the University of Winnipeg archives, for example, I read in the archive’s database that the archive had in its collections a box of transcribed hardcopy interviews with gay working-class men just a little younger than Baxter would have been. I was ecstatic. I was sure that I had found my lump of gold, that I had found a spark, that I had found an ancestor (or ancestors). I sat in the main room of the archives, waiting for the box to be delivered to my table. The archivist delivered the box. I thought, This is it. I opened the box, and the box was… empty. I asked the archivist where the contents were. They told me the files were restricted because of the wishes of the interview subjects or their families. As much as I pleaded, the archivist did their job and wouldn’t let me read a single file. Even at the age of 80 or 90, those men were still afraid of being found out, or their families were ashamed of them.

Another difficulty I had—perhaps related to the four silences I mentioned before—was in line with the struggle that Langston Hughes mentions in his essay, “The Negro Artist and the Racial Mountain.” Hughes writes about the special challenges of the black artist: “The Negro artist works against an undertow of sharp criticism and misunderstanding from his own group and unintentional bribes from the whites. . . . ‘Oh, be respectable, show how good we are,’ say the Negroes. ‘Be stereotyped, don’t go too far, don’t shatter our illusions about you, don’t amuse us too seriously. We will pay you,’ say the whites.” One black woman I was acquainted with tangentially and who is the descendant of sleeping car porters accused me of being a racist for even conceiving of the story of Baxter. In an email to me she suggested that my premise of a gay sleeping car porter sleeping with a passenger on a train reinforced the stereotype of black men as hypersexual. She wrote, “In my view, I . . . feel there is a brand of racism implied in even the idea of that story conceit. And it reveals a total lack of understanding of the l9th and early 20th century politics of race.”

I was devastated. My story about Baxter didn’t seem real; his story could never have happened, there was never a gay porter, and no porter would have ever slept with a man on a train. Once again, I was an anomaly. I was the only one.

But I also knew in my gut that I couldn’t be the only one. I read and re-read what playwright Jeremy O. Harris said, which is that for the Black artist, “You need to make black art for your black self. And hope that it connects to other people’s black selves. . . . I spent so much time worrying about all the ways that my black play wasn’t connecting with certain black audience members that I was ignoring the black audience members that it was connecting to . . . When I speak to artists—especially artists from oppressed groups—I see them necessitating this self-censorship. And I’m like: ‘No, be free! The only time you can be free in this world is when you’re writing.’”

And then, while scanning an article by historian Steven Maynard on gay cultural history in Toronto, I read the following snippet of police record: “In 1920, Edward L, a janitor, was arrested by police after having had sex with a train car porter in the lavatory of the Grand Central Hotel, a few blocks from Toronto’s Union Station. Edward asked his boss if he would write a letter to the court testifying to his good character.”

Knowing what I knew about porters, and that they were almost all black men, I knew that the “train car porter” caught with Edward L. must have been a black man. I emailed the author of the article, Steven Maynard, and he emailed me that the porter’s name was Davis and that Davis “was in his mid-40s, married, a Baptist. His sexual partner was . . . a white man—a janitor, also in his mid-40s and married. . . . Davis was sentenced to a fine of $200 or three months in jail.”

I attended a talk by George Chauncey, the author of Gay New York: Gender, Urban Culture, and the Making of the Gay Male World, 1890-1930. I didn’t know him at all, but I thought I would tell him about my dilemma during the reception after his talk. When I told him about my doubts, about how a sleeping car porter in 1929 would never sleep with a passenger, he gave me one of the broadest smiles I’ve ever seen and said two words: Sumner Welles. Sumner Welles was an American diplomat who in September 1940 solicited Pullman car porters for sex when he was taking a train from Jasper, Alberta, to Washington, DC.

Melanie Boyd, a divine librarian, gave me an article from a 1928 issue of The Psychoanalytic Review: A Journal Devoted to an Understanding of Human Conduct in which the author, a former porter, had written an article called “The Pullman Porter Looks At Life” and reports on the instance of a “nervous young fellow of sixteen” offering a porter “five dollars to submit to onanism.”

An article by Saje Mathieu, “North of the Colour Line: Sleeping Car Porters and the Battle Against Jim Crow on Canadian Rails, 1880-1920,” mentions in passing that the Bahamas is one of the places in the Caribbean where Canadian railway companies recruited black men to work as porters in sleeping and dining cars, in spite of this recruitment being outlawed. My mother is from the Bahamas! Maybe I had an uncle who answered a recruitment call.

Langston Hughes writes a poem in 1925 that goes like this:

And finally, the last, completing spark, that final eureka and beautiful bonfire, because, after all, when you’re writing a novel, you need more than just a main character and a sex scene. A Canadian Broadcasting Corporation news article in 2018: “VIA Rail apologizes to passengers as train delay reaches 45 hours”:

VIA Rail is apologizing to its passengers, who are currently on a cross-country trip 45 hours behind schedule, saying the delays are “beyond our control.” “We understand the impact this major delay has on our customers and we apologize for the inconvenience they cause,” said spokesperson Mylène Bélanger, in an emailed statement. At the time the statement was issued, the train was located near the town of Valemount, B.C., west of Jasper National Park.

My uncle Baxter does indeed exist. And now he has a story. The story of how he had sex with a passenger on a train when it was delayed for 45 hours in the Rocky Mountains. It’s called The Sleeping Car Porter, and it is 100 percent true. 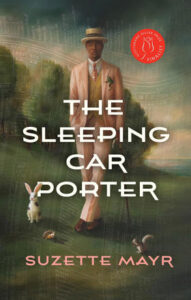 The Sleeping Car Porter by Suzette Mayr is available via Coach House Books.

A Girlhood by Carolyn Hays, Read by Erin Bennett

How Elite Colleges Divide, Disorient, and Diminish Us 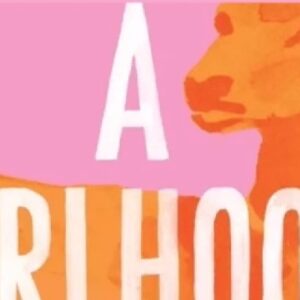 A Girlhood by Carolyn Hays, Read by Erin Bennett