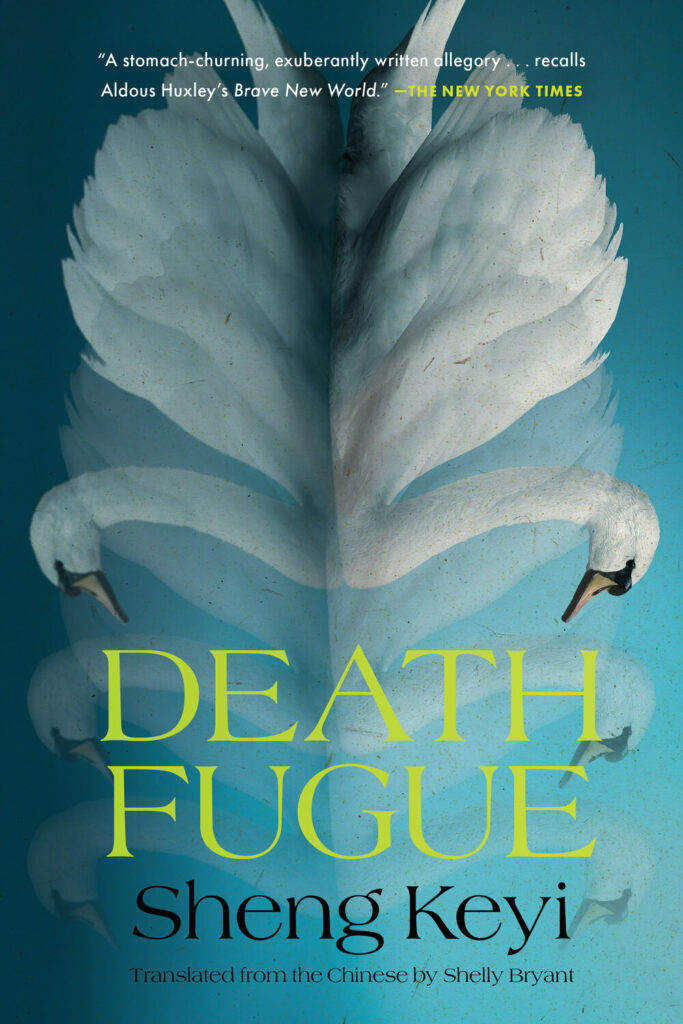 The following is excerpted from Sheng Keyi’s new satirical novel, Death Fugue, translated from the Chinese by Shelly Bryant. Keyi is the author of ten novels, including Northern Girls, Death Fugue, Wild Fruit, The Metaphor Detox Centre, The Womb, and Paradise, as well as numerous short stories and novellas. She has received several literary awards, including the Chinese People’s Literature Prize, the Yu Dafu Prize for Fiction, and the Chinese Literature Media Award.

Those who have suffered the mental strain of life’s vicissitudes often end up becoming withdrawn. Their earlier zeal has died; their beliefs wander off like stray dogs. They allow the heart to grow barren, and the mind to be overrun with weeds. They experience a sort of mental arthritis, like a dull ache on a cloudy day. There is no remedy. They hurt. They endure. They distract themselves in various ways, whether by making money, or by emigrating, or by womanizing.

He was born in the ’60s, though the specific year is not known. You might say he was an unidentified person. As for the circumstances surrounding his parentage, there are many versions of the story. In the more hair-raising one, his father was an orphan who later became a soldier. One night when he was on an assignment somewhere, he had a one-night stand, sowing his seed in the virgin soil of a girl who was later hidden away in a remote snowy mountain range. She gave birth to Mengliu, then went on her merry way back to the place from where she had come. Or perhaps she had died in childbirth.

What is certain is that Yuan Mengliu’s early life was like a river, with its source hidden high in the snowcapped mountains, meandering through the land of Dayang, flowing through countless provinces and cities until it finally ended up in Beiping. There his life took root and branched out into many tributaries, becoming the protagonist of many tales.

Lanky and pale, Yuan Mengliu resembled a Coca-Cola bottle in shape. His short, soft hair was gelled expertly in place, and his sideburns were meticulously trimmed. His complexion was smooth, without blemish. His scrubs were always bright white, flawless as new fallen snow, and the clothes he wore underneath them bright and fresh. When he performed surgery, he usually wore rimless glasses. It was his habit to be slow to speak. He didn’t have a temper. He never made trouble, and he had no bad habits. The only drawback to his character was that he liked to play with women. Of course, he did not count this as a fault himself. He liked to say, “If men are afraid to talk about their love of women, how can the state talk about hope for the future?” One might guess that Mengliu had read Epicurus, who wrote that if a man were to give up the enjoyment of sex, he couldn’t even begin to imagine what was meant by “the good life.”

As a member of the silent majority, Mengliu was getting along just fine. Humanity moved along in a steady stream of disease, and Mengliu was born with gifted hands, so his use of the knife to carve out some advantage for himself was not surprising. It was whispered that he had been a poet, but the topic was taboo with him. He never mentioned poetry or acknowledged that he had once been a member of the literary group called “The Three Musketeers.” His personal record did not list him as a poet. It was as clean as his scalpel, free from even the slightest fleck of blood.

Mengliu had once done something else, but he did not consider it a bad thing to have done. In order to secure a girl’s favor, he had made use of the opportunity provided by surgery to kill her lover.

Of course, that wasn’t quite the whole story.

It happened in the years following the Tower Incident. At that time, Yuan Mengliu wasn’t quite himself, and wandered around like a lost puppy with his tail disappearing between his legs. Despite his bright new appearance, he secretly sniffed about the alleys for the scent of history. He looked forward to seeing the striptease act in which history’s body would finally be exposed. His expectation in this matter was as strong as his anticipation of the first time with a new woman. He was eager to know what it would be like to bed her—her voice, her face, the excitement and tremors she would send through his own mind and body. He was convinced that, once stripped of clothing, all women would go back to their true state. The body could not lie.

His personal record did not list him as a poet. It was as clean as his scalpel, free from even the slightest fleck of blood.

He began very early on to take care of his health, monitoring his calorie intake with scientific precision. Every day he pounded a few small garlic cloves, then allowed the amino acids, enzymes, vitamins, and fiber to flow with the crude proteins in his bloodstream. As a healthy person, Mengliu did not suffer from hemorrhoids. He had no beliefs, no ulcers, no ideals, no gingivitis, and while his teeth may not have been white, they were clean, with never a hint of grain between them. He wasn’t talkative, and he always drank enough water to keep his lips full and moist. He ate garlic, but he also had his own remedy to eliminate halitosis. His secret recipe eventually became the gospel his patients lived by in their attempts to avoid their own bad breath.

Yuan Mengliu could also play the chuixun, an egg-shaped instrument made of clay. Since childhood, the little flute had never left his side. Self-taught, he played a variety of tunes on it. In later years, he could sustain a noble, elegant melody, a sentimental tune to make girls’ hearts tremble and heighten their maternal instinct. This became his fixed routine in foreplay with them.

Naturally, to feminine eyes, he was clean and charming.

On the map, the country of Dayang is shaped like a paramecium, or like the sole of a right shoe. Its capital, Beiping, is a city surrounded by a wall, which offers it both protection from external harm and the means to excrete its waste, just like the paramecium’s wall. Beiping’s climate is poor, its land arid. During the annual autumn storms, the city is bombarded by sand. Everywhere you look, it’s a crumpled, disgraceful mess. The winters are extremely cold, the summers hot, and the air is always filled with an odd bready smell.

Beiping’s main road is like a satiated python lying flat on the ground, the five-hundred-thousand-square-meter Round Square its protruding abdomen. This is the heart of the city, and one of Dayang’s main tourist attractions. Some years after the Tower Incident, Round Square became home to the statue of a peace monument, a naked goddess with eyes as clear as diamonds, holding a torch in her outstretched hand. A red laser beam broke the night’s black canopy, broadcasting propaganda slogans, weather forecasts, and news of current events. Occasionally a poem might even appear there, giving instant fame to the poet who penned the verse.

Sadly, there was no beauty in the language of Beiping, and its writing was ugly. For instance, the words “Long Live Democracy” were inscribed “WlOrj ldlNOr!” The words looked like tadpoles, and the pronunciation was equally awkward, as if you had a mouthful of soup rolling about your tongue that was so hot it caused your jaw to cramp. You had to make full use of your facial muscles to speak the language. Even your nostrils needed to be flexible in order to achieve the heavy nasal quality. It made you sound like an asthmatic she-donkey.

He was convinced that, once stripped of clothing, all women would go back to their true state. The body could not lie.

Yuan Mengliu liked calligraphy, and he collected books to use for practice. He always practiced on the eve of a major operation. He liked to write calligraphy in order to maintain a cool disposition— heart, eyes, and hand always in perfect sync. His ten fingers were as alert as a watch dog. His senses of hearing and smell, along with everything else about him, responded quickly and deftly, allowing him to cut open a belly and remove a tumor or an appendix with skilled strokes. He knew exactly where to start and just what to do next. Each finger applied just the right pressure. He was accurate, and rarely made a mistake.

“The scalpel is more effective than drugs. Not many medicines are known to humans and few doctors really comprehend their uses, just as the truth only lies in the hands of a few,” Mengliu said to the interns. They were often confused.

At that time, many men in their thirties and forties remained unmarried. Mengliu was clearly aware that, in his case, the problem lay with himself. When he encountered a girl who was not too boring, had both brains and breasts, with a tiny waist and rounded hips, smooth legs, slender arms, agreeable both in and out of bed, in public and in private . . . he just couldn’t do what was required to bring it all to fruition. It was not that he was committed to a life of solitude. The problem lay simply in a thought.

He believed that Qizi was still alive.

The Madness of Crowds by Louise Penny, Read by Robert Bathurst 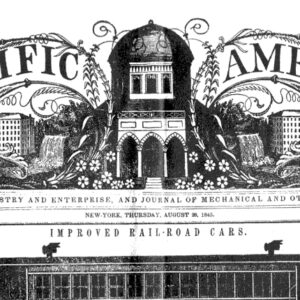