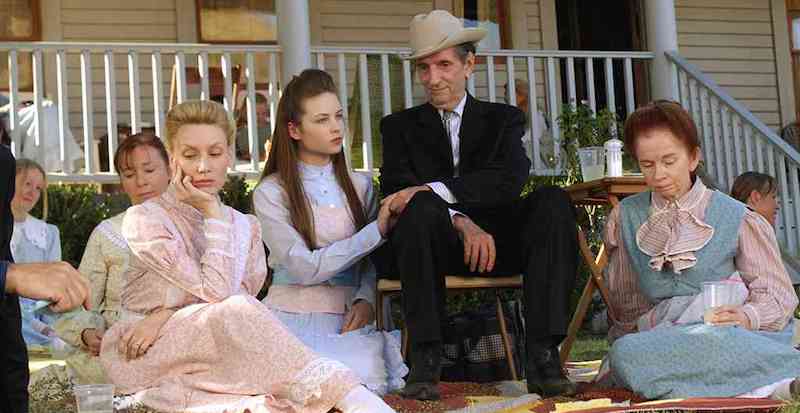 It’s debatable whether the classic noir sleuths have eternal souls. Of course, we read them for their cynicism, their easy distancing from good and evil which enables them to do what is necessary without worrying about consequences. It doesn’t settle the question, but it definitely feels odd to picture Philip Marlowe on his knees in prayer or Lew Archer lighting a candle.

In contemporary crime fiction, however, there are religious detectives of all creeds; but there’s only one series I read with a devout amateur detective at its center. Linda Wallheim is the heroine of Mette Ivie Harrison’s mysteries set in the town of Draper, Utah. Although Linda is the center of the books, very close to that center is her marriage to Kurt Wallheim, so close that the title of the first book, The Bishop’s Wife, tells the reader her identity is very closely knitted to his. In Wife Kurt has ascended to the role of bishop (he’s an accountant; lay people serve as bishops in the Mormon church), and with her husband’s new responsibilities to take care of his ward Linda also gains her own duties, sometimes dictated by her husband, who will leave notes for her to check in on people struggling in their community, and other times taken on of her own accord—like trying to figure out what happened to a woman in the ward who disappeared and showed signs of being abused by her husband.

The books work because Linda is a thoroughly likable character. She bristles against the teachings of the church but is not an outright rebel, and her thoughtfulness makes her relatable whether you are a godless citydweller like me or (I can only guess) a more devout person. Over the progression of the three books in the series so far we see her becoming more aware of the world outside Mormonism, but also thinking more about how Mormonism treats women and other groups it sees as other (Harrison, a practicing Mormon, fills the reader in on the changing rules on Blacks becoming bishops, the history of horrific child abuse in polygamous Mormon communities, and the current debate over gay rights within the church).

In the first book the Wallheims’ marriage is tested by Kurt’s new role as bishop. His hours are hectic and both he and Linda have those new responsibilities. They also both feel the pressure of being role models, especially Linda. A stay-at-home mother of five boys with only one son left at home, her life is changing in ways she’s not completely comfortable with: on the verge of having an empty nest, and with her husband busier than ever, she’s lonely and discontent. She doesn’t mind the visiting Kurt asks her to do as bishop’s wife for the most part because it gets her out of the house and into the community, though she’s not a particularly gregarious person. She knows he just wants her to check in with people in a bad way—like Anna and Tobias Tortensen. Tobias, it transpires, is quite ill, and Linda and Anna slowly form a friendship which helps Anna through her husband’s illness and death, and helps Linda with her loneliness.

Anna helps Linda, too, when Linda becomes suspicious about that missing wife, Carrie Helm, whose husband, Jared, has all of the hallmarks of a domestic abuser and whose 5-year-old daughter, Kelly, makes Linda yearn for her own stillborn daughter. Linda has her suspicions about the child being abused or neglected as well. The plot around the disappearance is twisted enough to make this a decent mystery, but what makes these books special is their setting and characters.

Harrison’s second book, His Right Hand, takes on even trickier issues, though to talk about the mystery (which is a murder) in too much detail would be to spoil the plot completely. Enough to say that the murder shakes up Draper since the victim is a prominent member of the congregation. The theme in Hand is how sexuality is dealt with in the Mormon church, as we also learn a great revelation about Linda’s past: she had a brief first marriage to a closeted man which tested her faith, after which she left the church for a time. As she suspects a couple of her sons are struggling with their faith she wants to share this, but doesn’t quite know how. The big revelation in this book [which I will spoil] is at at the end her youngest son, Samuel, comes out as gay to the family, which Kurt does not take well but Linda understands. She’s especially sympathetic because of her first marriage, and does not want Samuel to have to marry a woman or be penalized by the church in any way because of who he is.

If Bishop addressed the theme of domestic abuse and Hand that of sexuality Harrison’s new entry in the series, For Time and All Eternities, takes on a classic Mormon subject: polygamy. But in Harrison’s hands we not only learn a lot about the different strains of polygamy in Mormon history, through the relationships in the book it becomes an examination of marital mores and childrearing in general. Time asks the timeless question: What makes a family?

Time begins with Kurt and Linda estranged. He is still struggling with Samuel’s announcement. Linda has not only accepted Samuel, she’s active on a secret Facebook message board that’s like PFLAG for Mormons. The plot kicks off when Kurt and Linda are asked by their future daughter-in-law, Naomi, who is engaged to their son Kenneth, to go meet her polygamist family and specifically to see if her little sister, Talitha, is being abused. Naomi’s father, Stephen Carter, has five wives, two of them sisters, and 22 children.

Though they were only supposed to stay overnight, Linda does not feel she’s fulfilled her promise to Naomi about Talitha after only one night. She knows Kurt is going to want to leave when they had planned, and during their argument the morning they are supposed to leave Linda gets steamed about more than her husband’s stubbornness. He tells her he’s leaving, and she thinks: “Maybe I should have been more understanding of him reaching his breaking point, but what about me and mine? I was tired of all the patriarchy and the way women were just supposed to fall in line.” Kurt is furious when Linda will not leave with him and it leads to a blistering argument.

Then Stephen Carter is murdered, and Linda feels compelled to stay until the crime is solved. Once Linda starts digging into the Carter family’s business she’s equally fascinated and repelled. Plural marriage in Harrison’s hands is not like it is on Sister Wives or Big Love; nor is it like reading about the Jeffs family or other extreme fundamentalist Mormon families (despite the compound; I guess they all need compounds). It’s a nuanced imagining of what it might be like to have made that choice; each wife has different reasons for living in a plural marriage and a distinct personality. Carter was a charismatic man who seems to have treated his wives and children well, though there are some irregularities in his will and with his marriages.

The book ends not with Kurt and Linda’s detente but with the secular wedding of Kenneth and Naomi (they met in a group for ex-Mormons), a celebration of love and family. Although it lacks the covenants of a Mormon wedding—where they would be sealed for time and all eternities—it felt like true love triumphed to me.

How to Represent Absence 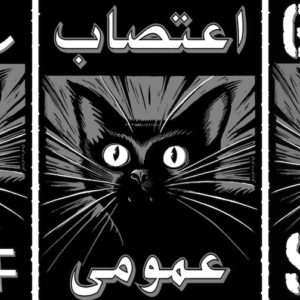 With the Trump era now a week old and storm clouds gathering, many decent, salt-of-the-earth Americans not previously given...
© LitHub
Back to top