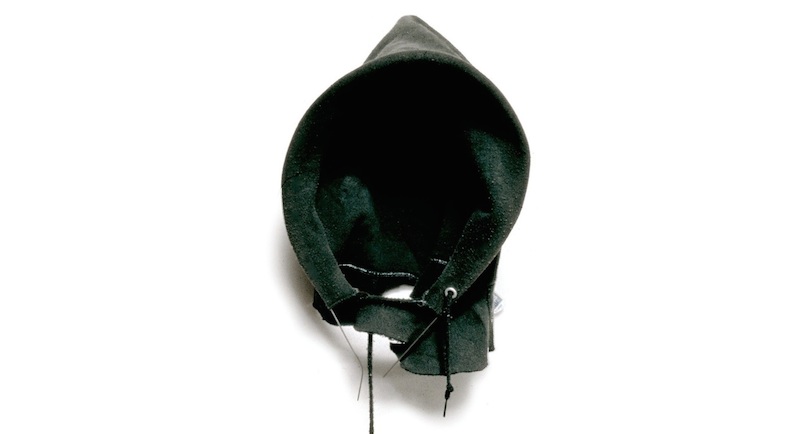 Sarah Schulman Lifts Up the Books Most Important to Her

This year, the Feminist Press at CUNY, in partnership with VIDA: Women in Literary Arts, launches the Corrective Canon, a new initiative that aims to lift up one book per year the press feels worthy of inclusion in the literary canon that may not have otherwise been considered. Sarah Schulman’s 17th book, The Cosmopolitans, is the inaugural book and will be included in reading curricula and co-curricular programming across CUNY in the upcoming semester.

“Canon” implies a collection of works that form collective and personal characters. When I look back on my own life, I see which texts irrevocably changed me as they opened doors of imagination.

The Diary of Anne Frank

Born in 1958, 13 years after the end of the Holocaust, I knew about these events from the beginning of my life. My grandmother had two brothers and two sisters who were exterminated, and my grandfather’s sister was also murdered. Many girls of my generation were handed this book to reveal the Holocaust to us. Inherent in this handing over of a book, was the idea that children should know and understand the kinds of moral decisions that human beings must make. Do we stand by while other people are being scapegoated and destroyed, or do we take the risk to stand up for them which is necessary to human progress. I deeply internalized the message that we are required by the responsibilities of birth to stand up for scapegoated people, in both the intimate and geo-political realms. But most importantly, personally, this book taught me that girls could be writers.

If Anne revealed to me that I could be a writer, Harriet showed me—fairly realistically—what the life of the writer would be like. This proto-lesbian novel, by a gay woman, followed the adventures by a soft butch kind-of gal, Harriet, and her gayish side-kick best boyfriend Scout, as they traipsed around New York City. Harriet always carried a notebook in the back pocket of her jeans and wrote down her observations, overheard conversations, and revelations about the people and things in her surroundings. A chronicler of secrets, she is also subjected to the cruelties of the mean girls, who don’t have the perceptive abilities that she does. A prophetic guide to the role of the writer in community, and the intimacies and punishments that come from reflecting people back to themselves in their own real contradictions.

“The Transformation of Silence into Language and Action,” Audre Lorde

This essential article, by Audre Lorde, is the single most universally effective piece of writing that I have used with my students. I have yet to meet a person, of any gender, race or national background, who cannot relate to this work and discuss it effectively. Lorde takes us through the process of realizing, when she was first diagnosed with breast cancer, that—had she been silent about her truths: about her homosexuality, her racial position, her experiences as a poet and as a mother—she still would have had cancer. That her silence would not have protected her. This is the strongest argument I have ever seen for telling the truth about experience, understanding and social perception. Lorde was my professor at Hunter College where, on the first day, she changed the name of the course from “US Literature After World War Two” to “The Poet As Outsider.”

Handed this book by an older girl in a hallway at Hunter High School, it became the prototype for me of everything that literature can do. A highly emotive and experimental novel about Genet’s love affair with a Nazi soldier during and after the Occupation of Paris, the novel uses a wide range of formal innovation to express forbidden feelings, and to enact the powers of love and desire to transcend sense, social logic and order. And the actual writing, the word-by-word order, overturns the cliches of description, and smashes open the tyranny of positive images. People do what they do because of feeling, and it is inside the evocation of those feelings that we find the formation of both the person and their historical context.

The Ballad of the Sad Cafe, Carson McCullers

Absolutely our most underrated writer, McCullers has been relegated to the “southern gothic” ghetto. But she had the immense power of transcendence and was able to represent all kinds of people far outside of her personal experience. From the gay, Jewish deaf mute of Heart is a Lonely Hunter, to the magnetic dwarf of Sad Cafe, her work is a singular lesson in human identification. Richard Wright, the author of Black Boy, reviewed her first novel, published in 1940 at the age of 22, and said she was the first white writer to create fully human black characters. Sad Cafe features the single most specific and explosive definition I have ever read of the difference between loving and being loved. I have been working on Carson for almost 20 years, my play Carson McCullers was produced at Playwrights Horizons in 2002, and I am now writing a feature film, Lonely Hunter, about her life and work. The more I read her, the more I love her.

This is my favorite Kerouac book, probably because it is so formally inventive. He actually collages tape recorded conversations with Neal Cassady into the succulent descriptions of American life, from old wooden diner countertops, to the missing letters on a small-town marquee, this is American writing from a time of expansiveness and hope. Also a great tribute to male friendship, and less obnoxious about women than most of his books.

I, the Divine, Rabih Alameddine

To me, Alameddine is one of the greatest living writers working in English. I fell in love with his first novel, KOOLAIDS: The Art of War, which is probably our strongest AIDS novel, confronting AIDS against the background of the Lebanese Civil War. But I, the Divine is a perfect novel. It tells the tale of Sarah, a Lebanese woman writing a novel about her life. But she doesn’t know how to approach her own story, so every chapter is a different “first chapter,” a difference point of entry. In this way, she tries it in different styles, from different moments of her life, even tries a chapter in French. In the end, it is the juxtaposition of all the different ways of approaching one’s life story that produced the cumulative revelation about life and about writing. A blessing.

One of my favorite writers, and also grossly underrated, Phillips was born in Saint Kitts. Like McCullers, he is able to transcend demographic category and creates characters from any racial, gender, sexuality or social status perspective while innovating novelistic structure, particularly the manner in which a story unfurls. Crossing the River dares to tell the story of a white male slave owner, in love with a Black male slave, who sets his love object free but then cannot live without him. So, he actually reverses The Crossing, going to Liberia to try to track this man down. It is a book about white supremacy’s obsession with Blackness. A deep and profound and very bold piece of work.

America agrees with me on this one, as Rankine’s book of poetic lyric about racial aggression by white people towards black people has sold over one hundred thousand copies since its publication last year. Although Black artists have been addressing these experiences for years in many forms, historic events have colluded with the grace and depth of Rankine’s gravitas and skill to create a work that broad audiences are open to engaging. While exquisitely written, it is a confrontational work, that forces the reader to look at themselves, to listen and—even more astoundedly—to hear. A classic that will be read, referred to and reflected on for generations.

The writers’ writer, Keene’s fans had to wait 20 years for this, his second book. Absolutely the best new book to be published this year, he uses supreme command of formal invention, combined with great intellectual elasticity, to show—formally—how conventional narrative strategy cannot contain the individual and collective experience of slavery, through time and space. A book to be savored and grappled with.

I can’t help but adore this book forever. The late iconic writer Acker made Don Quixote a woman and gave her life’s greatest and most difficult quest: which is to love.

Feature image: detail from the cover of  Citizen.

Sarah Schulman's love of New York is evident in The Cosmopolitans, her 10th novel and 17th book. Distinguished Professor of the Humanities at CUNY, her honors and awards include a Guggenheim in Playwriting and a Fulbright in Judaic Studies. A well known literary chronicler of the marginalized and subcultural, Sarah's fiction has focused on queer urban life for thirty years. Her nonfiction includes The Gentrification of The Mind, a memoir of the homogenization of her city in the wake of the AIDS crisis. Her plays and films have been seen at Playwrights Horizons, The Berlin Film Festival and The Museum of Modern Art. An AIDS historian, Sarah is co-founder of the ACT UP Oral History Project. She is on the advisory board of Jewish Voice for Peace and is faculty advisor to Students for Justice in Palestine at the College of Staten Island. 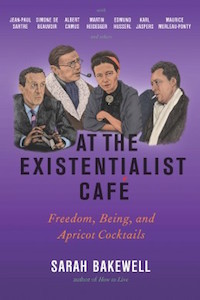 Beauvoir had a kind of genius for being amazed by the world and by herself; all her life she remained a virtuoso marveller...
© LitHub
Back to top
Loading Comments...