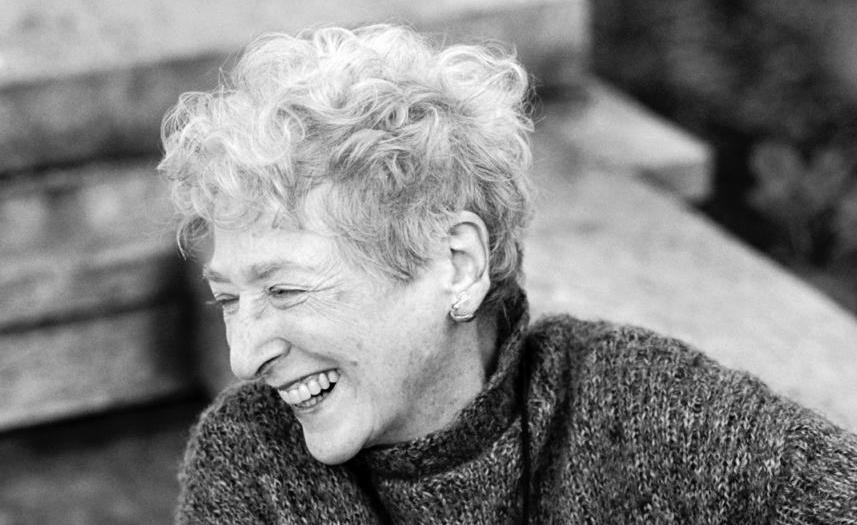 From the Introduction to The Journal I Did Not Keep

Lore Segal was walking in her Upper West Side neighborhood when she realized a sentence she’d written fifty years prior had contained the wrong word. The sentence had described a woman as having a “useless bosom,” but only then, five decades later, had she realized that this bosom had not been “useless” so much as it had been “unused.”

“An unused bosom!” she thought to herself, “Unused!”

This restless, persevering intensity animates all of Segal’s work, and the careful reader might find its roots in the momentous circumstances that first unearthed her talents. At the age of ten in 1938, young Lore was one of the first children on the Kindertransport program, sent by train from Vienna to England in an effort to spare her from the increasing presence of the Nazi regime in Austria. Once there, she set to writing a series of letters to convince the refugee committee to bring her parents to England—a highly unlikely reunification, but one that indeed occurred.

In Other People’s Houses, her 1964 debut novel that has been described by some as a memoir, Segal scrutinizes the sappy metaphors she used in those letters. Young Lore’s infatuation with an image of a rose frozen in the snow seems to both perplex and amuse the older Lore—and yet at the time she believed her metaphors worked! Her parents escaped the Holocaust on a domestic workers visa, though their daughter was prohibited from living with them, and was shuffled between five different English families before going off to university. Those tumultuous years instilled, as Cynthia Ozick wrote, “a permanent sense of being human contraband,” and established Segal’s inimitable style—dry and exacting but buoyed by a resolute sincerity. She emerged from her adolescence in England as one of those rare minds that meets life’s essential volatility with respect instead of fear, honesty instead of sentimentality.

In 1961, a decade after she immigrated to New York City, Lore published her first of many stories in The New Yorker and married Knopf editor David Segal. Her lifetime of nomadism and displacement came, at least in some ways, to an abrupt end. She’s lived on the Upper West Side of Manhattan ever since, where she’s kept a strict morning writing practice. “Even my children knew if they were going to break their leg, they had to do it after one pm!” she recalled. Though she is a self-professed “slow writer,” Lore is endowed with an unflagging work ethic and a wide range of talents. She’s written five novels, eight children’s books, dozens of short stories, and many translations, including a volume of Grimm’s fairy tales and a portion of the Bible.

“It’s very embarrassing to say I’ve translated the Bible,” she admitted, “I have to move very rapidly to the next sentence!”

“It’s very embarrassing to say I’ve translated the Bible,” she admitted, “I have to move very rapidly to the next sentence!” Among Lore’s accolades are a Guggenheim Fellowship, an O. Henry Award, and a nomination for the Pulitzer, so she’s surely put this good humored humility to work over the years. It’s a temperament just as apparent in her writing as it is in her apartment: a pair of googly eyes transform a light switch into an amusement; the worn interior of a closet door charts the heights of her children, friends, grandchildren, and a lone dog. Most (but not the dog) have overcome Lore’s petite stature, but a nearby portrait drawn by her friend and collaborator, Maurice Sendak, captures Segal’s outsized wit and ferocious intelligence: she’s depicted as a rejoicing, Sendakian Wild Thing.

In 1985 Segal published the novel, Her First American, which follows a young Austrian refugee named Ilka who falls in love with a powerfully charming and prominent black intellectual in 1950’s America. Ilka is as wide-eyed as most 22-year-olds, but she has an uncommon sort of fearless—the kind that seems to have never known fear. Carter Bayoux, her wiser and older inamorata, gives Ilka an introduction to the way that race, class, religion, and prejudice function in America; as Stanley Crouch notes in an introduction to one edition of the book, these were topics that the majority of white American writers had long been too afraid to touch. Segal’s fortitude and personal background make her the ideal mind for such a task, while her munificence and astute perceptions prevent story from veering into the polemic. The novel, hailed by many as a classic, took her 18 years to write and has a modernist touch, especially in the crackling bits of dialogue and an almost deadpan sense of humor—yes, humor. Despite the heavy subject matter, her sentences always have a way of working toward some wry, dark truth. But the heart of Her First American is in the powerfully drawn humanity of each of the main characters. One is estranged from her country; the other is estranged within his country. Their love comes partly from the friction between that shared sense of half-displacement.

Segal’s output and diligence are all the more impressive when you learn that her husband died after only nine years of marriage, leaving her to support their two children with a still somewhat nascent writing career. She did have the help of her mother, Franzi, who lived to 100 years and also knew what it meant to be widowed young. Aging—with all its wisdom and indignities—seems to have always been one of Lore’s subjects, and this may be one of the reasons her work has flourished in this later stage of her life.

In one story, Ladies’ Lunch, a character named Lotte whose son has banished her from Manhattan to a nursing home upstate, pronounces herself dead. A friend, over the phone, asks Lotte if she just means that she feels as if she were dead. The answer is no. “If I saw Dr. Barson or any doctor would look down my throat and would see the four yellow spots dead people have,” she says. “The question is whether, now that I am dead, I can die again, a second time, or is this what it is from here on?”

In fact, aging may be less Segal’s subject than these many deaths we die at many different ages, and how they are so often (or always) on terms painfully far from our control. In another story, one in the form of a letter, Lotte notices an estranged friend getting into a cab. “I could tell that you simply did not see me,” she writes, excusing the apparent snub. But in the next paragraph, Lotte just as quickly begins to reexamine her own words: “How simple is this ‘simply’?”

There’s an impulse here to suggest that “simply” is never so simple, but Lore would likely object to the word “Never.” Over strong cups of coffee a few weeks ago she made her objection to “Never” very clear. There is no never. There’s just no such thing. This called the proposed title to this very collection into question. Alternative titles were thrown around. But was it too late to edit the title only a few months from publication? For this writer it is never (or perhaps rarely?) too early or too late to edit.

To assemble this collection she had to read stories she hadn’t considered in as many as six decades. “It’s not really what you want to do,” Segal said, shaking her head; the impulse to revise them could not be avoided. Henry James, she mentions in the prismatic story “Dandelion,” didn’t stop himself from editing his early work, so why should she? At a reading in 2009 for the re-release of her 1976 novella, Lucinella, Lore was caught crossing out words and lines, re-writing sentences, even striking entire paragraphs before taking the stage. Her editors were horrified, but Lore did not see what the problem was.

What could be contained in a revision of Lucinella, in particular, seems particularly felicitous in 2019. The novella is a satirical depiction of literary New York of the 1970s; today’s readers may be struck both by the casual and less casual forms of misogyny that permeate much of the book. Some scenes show us how 40 years has changed the way “women writers” are seen and treated while others feel painfully contemporary.

And here we are now, still early in this 21st century, but still trying to undo the erasures and canonical omissions of the male-dominated aesthetics of American mid-twentieth century fiction. Every season, it seems, another overlooked or semi-overlooked novel is dusted off and recognized as much more ground-breaking or particular or innovative than the last generation of critics allowed. If you’ve been keeping up with these “re-discoveries” your recently-re-appreciated-non-white-male writer-of-the-last-century shelf should be getting pretty heavy by now. When we consider the names and novels that seem to define America’s last century from this distance of a few decades, we can now see how many of them echo each other in style, sensibility, and subject matter. But while there are cousins of Segal’s style and the breadth of her work, there are no peers, no echoes, no comparisons to be made. What’s more—she’s still here, still writing, still editing, still looking for the exact word, still trying against all odds to make sense of this strange country and the many lives that can be led within it. 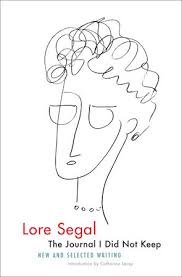 Excerpted from The Journal I Did Not Keep by Lore Segal. Used with permission of Melville House Books, © 2019

The Poetic Pleasures and Pains We Can Only Express in Dutch 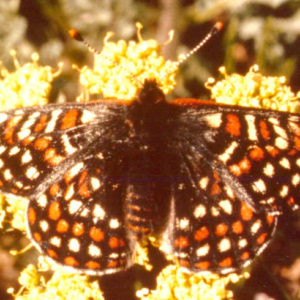 When I lived in the San Francisco Bay Area in college, I was oblivious to the region’s status as a global epicenter for rare...
© LitHub
Back to top
Loading Comments...