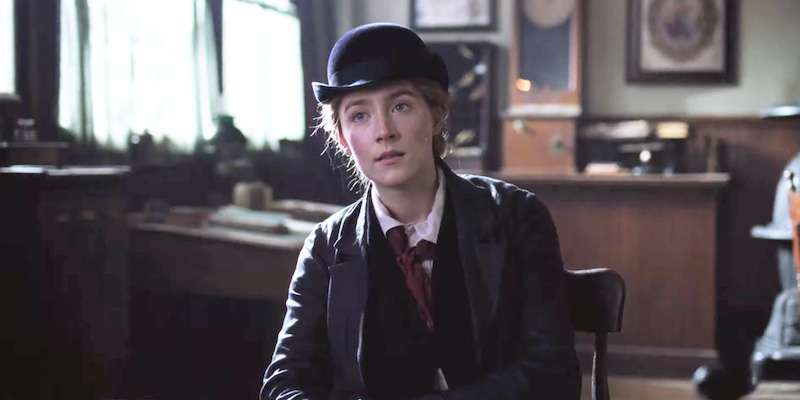 Janice Hadlow on Learning From the Smartest Women in the Room

It’s been a big year for Little Women’s Jo March. Saoirse Ronan may have missed out on an Oscar for portraying her, but Greta Gerwig’s film has only intensified the love for Louisa May Alcott’s feisty heroine. Her flamboyant devotion to literature, her stubborn pursuit of a writing career, and her refusal to submit to the confined existence life has in store for her have all contributed to her reputation as one of the greatest literary female role models. There’s only one other character who exerts a similarly powerful appeal: Pride and Prejudice’s Elizabeth Bennet, another clever, strong-minded woman who refuses to be crushed by the expectations of others.

Jo March and Elizabeth Bennet beguile us because they are brilliant examples of what female confidence and self-possession look like. Their lively intelligence has only made them more certain of who they are and what they want in life. But what about the clever women who don’t share Jo and Lizzy’s irrepressible spirit? Whose scholarly temperaments have not made them sparkle, but have instead driven them to retreat within themselves? Who feel painfully shy, like Jo’s sister Beth, or awkward and out of place, like Lizzy’s sister Mary? For them it might not be enough to contemplate the triumphs of their more successful sisters. They might need a different kind of encouragement and inspiration to find their way.

Mary Bennet, Lizzy’s plain and much-mocked sister reads voraciously, but has no-one to guide her in her studies, or validate her desire to learn. As a result, she remains in the position of so many women, then and now—uncertain about the value of her intellect, afraid to acknowledge her ambitions, reluctant to reach out for what she wants. In the absence of a mentor, perhaps what Mary really needed was a reading list. It’s hard to imagine that either Jo or Lizzy needed books to bolster their self-regard. But for someone like Mary, exposure to a certain kind of literature could really change her life, bolster her confidence, stiffen her resolve, and perhaps even make her feel better about herself.

Which books, I wondered, would I put into Mary’s hands? What are the works that might help a woman like her—and her modern contemporaries—find the courage to discover a voice of her own? What lessons can be drawn from them to steel their resolve and help them on their journey? Here are six suggestions—each with a lesson I think Mary might have found useful. 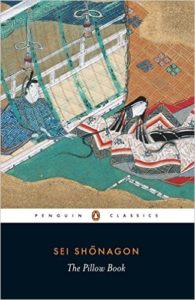 Sei Shōnagon’s The Pillow Book is a classic of Japanese literature. Written in the ninth century, when Shōnagon was a lady in waiting at the imperial court, it’s a collection of observations and anecdotes written in her own unmistakeable voice: sharp, aloof and infinitely amused. Shōnagon was an aristocrat, but not a very distinguished one; it was the quickness of her mind, and the depth of her learning, rather than her background, that catapulted her into favor and fame. Anyone wishing to be taken seriously as a Japanese courtier was obliged to possess a thorough knowledge of poetry, and Shōnagon’s ability to recognize poetic allusions, to improvise upon them, and to compose her own verse made her one of the court’s most glittering stars. Reading ThePillow Book is to enter a world where, contrary to what we think we know about the past, a sprightly form of female creativity was much prized. It reminds us that ideas of what is considered appropriate for a woman to know have not been fixed and immutable and that cleverness has sometimes been a form of currency that could change a life forever. 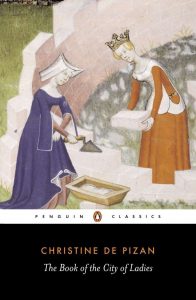 Christine de Pizan, The Book of the City of Ladies

Christine was probably the first professional female writer in Europe, supporting herself and her family entirely by her pen. She worked in medieval France as a poet, biographer, and critic. She began by writing verse for wealthy patrons, but soon adopted a far bolder attitude, attacking contemporary portrayals of women as weak, stupid, and untrustworthy. In The Book of the City of Ladies, she imagines a town entirely run by women, with all the great questions of life addressed from a feminine point of view. She always had herself pictured in the manuscripts of her works with a pen in her hand; and proudly asserted her authorship of everything she wrote, beginning her autobiography with the ringing declaration, “I, Christine.” Having striven so hard to make her voice heard, she was determined that her name would always be attached to it; and was neither afraid nor embarrassed to claim her achievements as her own. 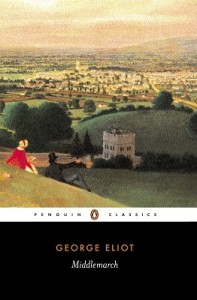 Dorothea Brooke—thoughtful, earnest, ardent—longs to direct her intelligence to some useful purpose. In marrying the scholarly Reverend Casaubon, she believes she has found a worthy project that will satisfy her intellectual yearnings—acting as her husband’s helpmeet in completing his masterwork, The Key to All Mythologies. But he rejects all her attempts to assist him, and she gradually understands that he lacks both the capacity and energy to finish it. Dorothea has sought to make a man her vocation, subsuming her desire for a life of the mind into furthering his ambitions. She soon realizes this is a big mistake. Acting as handmaid to the creativity of someone else offers limited rewards, especially when he is less intelligent than you. Better to do as George Eliot herself did and harness your cleverness for your own ends. 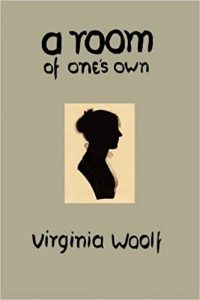 Virginia Woolf, A Room of One’s Own

Imagine, suggests Woolf, that Shakespeare had a sister, just as gifted as her brother. Is it possible, she asks, to imagine her enjoying a similar level of success? Of course not—that was inconceivable in a world where women’s opportunities were so few and the restrictions upon them so many. If women’s intellectual achievements have so far been overshadowed by those of men, argues Woolf, this is not the result of inherent incapacity on their part. Rather, it reflects the way in which they have been denied access to those essentials which make creativity possible:  financial independence, autonomy over their own time, and “a  room of one’s own” in which to work. These are not privileges to feel guilty about, she insists, but the necessary requirements of a writer’s life. Make no apology for wanting them, and never be ashamed of making use of them. 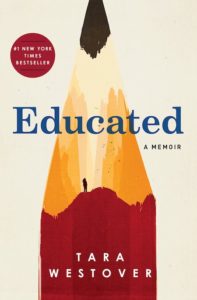 Tara Westover’s fundamentalist Idaho family believed in having as little to do with the outside world as possible, shunning all institutions funded and run by the state. She was 17 before she finally set foot in a school. Her extraordinary memoir chronicles her attempts to secure for herself the education she so desperately wanted, detailing the obstacles she had to surmount—mostly alone and unaided—in order to achieve it. You close the book with both relief and respect, deeply satisfied that her struggles finally achieved for her everything she deserved. It’s a profoundly moving testimony to the transformative power of education, reminding those of us whose access to it has been easier than Westover’s never to take it for granted. Education is the first step on the journey towards self-hood and an independent mind—not an opportunity for the few, but a right for all—to be sought out at all costs and seized with both hands. 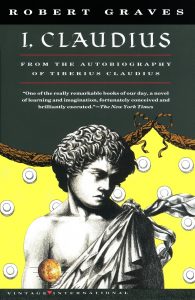 The only book by a man on my list—and the only one to feature a heroine with a truly black heart. Make of that what you will, but I have always had a horrified admiration for Livia Augusta. Wife of the Roman Emperor Augustus, she plots and schemes her way through Graves’s novel, outsmarting the powerful men who believe they are in control of affairs, blind to the fact she is manipulating them all. There’s a distant echo of her in Pride and Prejudice’s imperious Lady Catherine de Burgh, who, whilst she does not make use of Livia’s favourite tactics of blackmail and murder, nevertheless pursues her ends with a similar single-minded indifference to the feelings and interests of others, seeking to bend everyone to her will. She and Livia are necessary reminders that clever women cannot always be depended upon to use their powers for good—sometimes they can be just as self-serving as men!

Janice Hadlow’s novel, The Other Bennet Sister, will be available from Holt on March 31.

Janice Hadlow worked at the BBC for more than two decades, and for ten of those years she ran BBC Two and BBC Four, two of the broadcaster’s major television channels. She is the author of A Royal Experiment, a biography of Great Britain's King George III. She currently lives in Edinburgh. The Other Bennet Sister is her first novel. 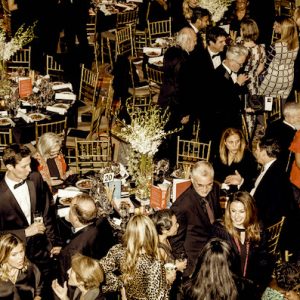 One of the less urgent, but more unnerving, effects of the coronavirus pandemic and our national state of isolation is the way that...
© LitHub
Back to top
Loading Comments...