Literary Arts Leaders are Bracing for Months of Financial Crisis

One of the less urgent, but more unnerving, effects of the coronavirus pandemic and our national state of isolation is the way that both have wrecked our sense of time. On Friday morning, a gray and rainy one in Portland, Oregon, Andrew Proctor was working alone at the Literary Arts storefront space in the city’s downtown, having commuted by bike to an empty office through streets lined with closed businesses.

All week, he had spent hours on the phone every day, his long calls to funders and writers interspersed with what he called the “Tom Hanksian moments where I’m talking to volleyballs to keep myself company” as the days wore on. Across the country, other literary arts leaders similarly marooned themselves in their offices and homes to confront the biggest financial and communications challenge the industry has faced in many years.

“The anxiety that I have is the fundraising frenzy that’s going on now,” Proctor, Literary Arts’ executive director, said. “I wanna say to our donors, ‘Look, we’re here, and if [our budget] is short—I don’t think it’s gonna be, but if it is—we’re gonna be just fine, but I may have to come back to you four months from now and ask you for the biggest gift you’ve ever given us, and then I might ask you to double that gift.’”

Like other industries, the literary arts have been thrown into financial crisis from the coronavirus pandemic, the full extent of which is still unfolding; organizations are scrambling to measure and contain that fallout, bracing for an unknown future, and figuring out how to ask for help in the wake of a national emergency, when every single pipeline is choked with those in need. Mary Gannon, executive director of the Community of Literary Magazines and Presses, said that as of late last week, 139 of their members had lost approximately $400,000 and expect their losses to reach at least $1.4 million over the next four months. Although the coronavirus relief bill passed this weekend grants emergency aid to arts organizations, “

It would be amazing if the current administration and our government leadership could find a way to give more, because it’s true that it’s not going to cover the need,” Gannon said.

Arts organizations are always in the difficult position of arguing for their own existence, particularly in a political atmosphere that falsely casts them as the domain of a coastal elite; that case now seems substantially more complicated. A familiar dynamic came back into view last week, as debate escalated over Congress’ $2 trillion stimulus bill and the money it allocated to arts organizations: $75 million each for the National Endowment for the Arts and the National Endowment for the Humanities, $50 million for the Institute of Museum and Library Services, and $25 million for the Kennedy Center. Republican representatives relied on old talking points, saying the money would be better spent elsewhere, even as proponents of the funding pointed out that this money injects urgently needed aid into an industry that comprises $877 billion of the US economy and 5.1 million jobs.

Of the NEA’s share of that money, 40 percent will go to state or regional arts organizations, while 60 percent will be awarded directly to arts organizations that apply for funding. NEA officials informed industry leaders on a call last week that in a break from past rules, those funds could be used for general operating costs, instead of the project-based system by which they’ve awarded grants in the past. The agency also would not require organizations to match their grant money with funds from private donors. (On the private side, a group of foundations also recently launched a $75 million fund for New York City-based nonprofits, including social services and cultural organizations, which the New York Community Trust will administer.)

Even as they stress that these are helpful measures, arts leaders are grappling with the fact that this funding represents a small fraction of what they were hoping for, and while it’s needed, it will not come even close to covering the needs of struggling literary organizations and their workers. Those who lack the stability of a university affiliation, foundation support, or a substantial endowment are already suffering, and many will close without immediate cash aid.

“How do you talk about this stuff without sounding tone deaf when we know exactly what’s happening in Elmhurst Hospital today?”

This is partly because on the whole, literary organizations rely on NEA funding to a greater extent than other disciplines in the arts, Elliot Figman, executive director of Poets & Writers, said. “Relative to other fields, the NEA is more important to literature because of the relative lack of support from foundations,” he said. “I’m not taking away from the real challenges that theaters and dance companies and museums are going to be facing. But you’ve got in our field a lot of smaller organizations that don’t have the kinds of cash reserves, that don’t have the kinds of boards, that some of the larger organizations have.”

When it comes to assessing fallout, “Things are changing every 24 hours at this point,” Hannah Tinti, co-founder of One Story, said. The organization recently postponed its literary debutante ball, an annual fundraiser that brings in about 10 percent of its annual income. In the aftermath, they have scrambled to undo six months of planning for the event—calling vendors, communicating with ticket buyers, and putting other projects on hold—while re-budgeting to account for the loss of that money at a time when they expected it. “I think it’s going to be, for a lot of literary organizations, a really big challenge, and fold many of them as well,” she said.

Organizations including Poets & Writers, PEN America, and Lambda Literary have also canceled spring fundraising events, as they and others brace for a longer-term impact on donations and assess whether they’ll be able to hold summer programs. At the same time, communicating this uncertainty and urgency to donors is a fraught exercise. “There’s so much need in the world,” Lisa Lucas, executive director of the National Book Foundation, said. “How do you compete with donating masks to people who need to stay alive? … How essential are the arts? I would argue that they are extremely essential. But in a real emergency, it’s hard to make a case for an art emergency.”

Proctor raised similar concerns. “How do you talk about this stuff without sounding tone deaf when we know exactly what’s happening in Elmhurst Hospital today?” he said. “I think the best fundraising and the most thoughtful fundraising is happening just two levels down and quietly and with an appropriate kind of attitude.”

In the meantime, organizations are settling in for months of uncertainty. “We, like all nonprofits, depend on donations,” Figman said. “We’re gonna do everything we can to continue fundraising, but we’re aware that people are hurting and people are being laid off and it’s going to be a more difficult environment to raise money in. … We earn a fair amount of money from advertising in our magazine, and we’re expecting that there’ll be a decline there. How dramatic, we don’t know yet.” 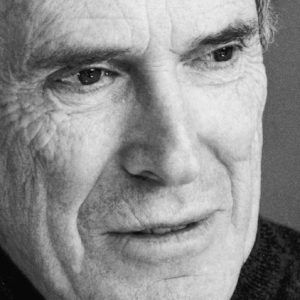 Poetry Month is also the birth month of Mark Strand, the beloved poet, translator, and professor, about whom much has been...
© LitHub
Back to top