TODAY: In 1943, Thomas Mann begins writing Dr. Faustus; here he is with his wife, Katia. 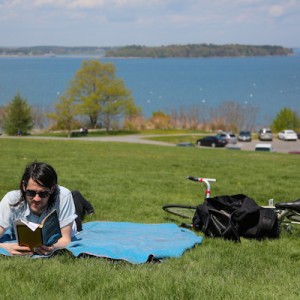