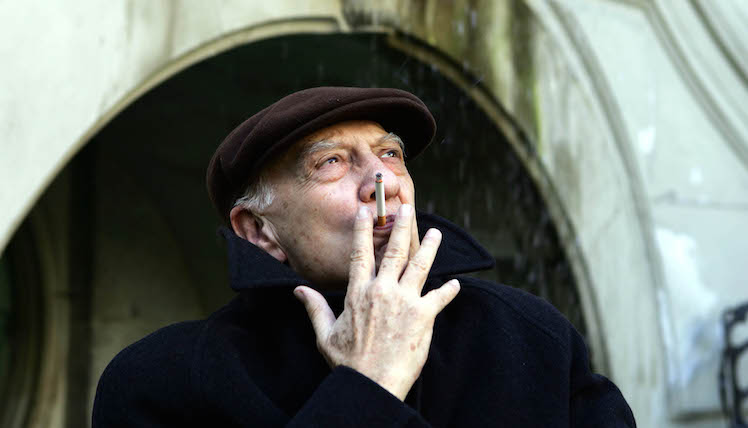 On the one hand: writer of the quotidian absurd, ferocious caricaturist of morality; narrator of esperpentos, excremental deliria, and conjugal intrigues. But also: indefatigable memoirist, author of an autobiography in fragments that is a grand travelogue; typologist of cultural life and a portraitist capable of recalling conversations from a dinner 30 years after it occurred. Additionally: critic of authors and traditions scarcely imagined by their national contemporaries; archaeologist to whom can be attributed without doubt the rediscovery of an overlooked region of the canon that today is indispensable. To which must be added: translator of a universal library that in itself is a complete literary education for anyone (a library with open windows, classics that breathe the air of a living language).

Sergio Pitol (1933) is all of the above; he is, I believe, a total writer. And by writer I do not mean one of those intellectuals who flirt with power (“The difference between who I am now and who I was then is defined by my passion for reading and my aversion for any manifestation of power,” he declares in The Art of Flight), nor a multipurpose lecturer: in Mexico we tend to laud with the uppercase W of “Writer” anyone who, in addition to publishing occasionally, anoints candidates in popular election. Pitol is a writer of another kind: his importance lies on the page, in the creation of his own world, in his ability to shed light on the world.

The first book by Pitol that I read marked, in a very profound way, my own literary endeavors: Domar a la divina garza [Taming the Divine Heron], 1988. The irksome monologue of the attorney Dante C. de la Estrella on the loathsome Marietta Karapetiz revealed for me, during my adolescence, that a brilliant novel in which all the characters were insufferable was possible. That lesson, along with the eschatological feast that the book includes, are reading experiences that remain forever with me. Dante de la Estrella’s voice is unforgettable: the hyperbole of folly and pedantry, a ridiculous hymn sung in a house in Tepoztlán during a rainstorm. As I reread that book, it surprises me that I have forgotten, since reading it for the first time, one brilliant detail: the first chapter of the novel, in which the narrator declares his intentions and explains in general terms the material from which he built the voice of De la Estrella (revealing, for example, the origin of the character’s fascination for Gogol).

Together with El desfile del amor [The Love Parade], 1984, and La vida conyugal [Married Life], 1990, Domar a la divina garza forms a “Carnival triptych” written under the assumed influence (he says this in the prologue to Domar a la divina garza) of Mikhail Bakhtin. Because, surprise, Pitol is a writer who does not shy away from theory and has managed to employ it (especially Russian formalism) with nimbleness and without pretention when pointing his prose towards a target.

This is an important point: despite being a work inhabited by references, through which parade dilettantes, apprentice writers that exhaust bookstores conversing on the generation of the Athenaeum, Pitol’s is a work that demonstrates a great sense of humor; the narrator just malicious enough to mock, between parentheses, the snobbishness of certain characters. In some books more and others less (excluding perhaps Tiempo cercado [Corralled Time] and Infierno de todos [Everyone’s Hell], his first and most solemn short story collections), Pitol sneaks in a hint of parody that nuances the bookish pretension and coaxes a glimmer of a laugh out of the most sophisticated reader.

In the Trilogy of Memory, consisting of The Art of Flight (1997), The Journey (2000) and The Magician of Vienna (2005), Sergio Pitol examines his past without distinguishing between travel and readings. Cities like Prague, Rome, Barcelona, and Moscow are as much protagonists as Gogol, Gombrowicz, Ford Madox Ford, Maria Zambrano, Beatriz Tusquets, Carlos Monsiváis, or La familia Burrón, an atypical recounting that includes the cultural and political history of the 20th century. A lucid and mocking witness, but also politicized and active, (like Octavio Paz, Pitol also resigned his diplomatic post in the wake of the massacre of Tlatelolco) to a time rich in disasters, Pitol assembles his memoirs using a collage technique that includes fragments of diary, drafts of farcical stories that arose from conversations, essays of literary criticism, and short treatises on translation that are camouflaged between paragraphs on his long and unhurried trip through Europe.

In 1969, Pitol travels to Barcelona for the first time, intending to spend three weeks while waiting for an invitation to a conference on Joseph Conrad in Poland, then on to London to work as a translator. Amid misunderstandings, delays, commissions, and friendships, however, his stay in Barcelona ends up lasting three years. Tusquets Editores—which at the time is an emerging but well established publishing project that aims to inject editorial freedom into a society oppressed by censorship during the Franco dictatorship—commissions him to create a collection of books governed by his good eye and good literary taste. The result is Los Heterodoxos, a series of small books by eccentric authors published in the early 1970s, which includes titles such as Manera de una psique sin cuerpo [Way of a Bodiless Psyche] by Macedonio Fernández; Sobre la estupidez [On Stupidity] by Robert Musil; Carta a la vidente [Letter to the Visionary] by Antonin Artaud; La virginidad [Virginity] by Witold Gombrowicz; La literatura considerada como una tauromaquia [Literature Considered as a Bullfight] by Michel Leiris; Cómo escribe algunos libros míos [How I Wrote Certain of My Books] by Raymond Roussel; Escorpión y Félix [Scorpion and Felix] a humorous novel by Karl Marx; and Esquizofrenia y presión social [Schizophrenia and Social Pressure] by the psychiatrist Ronald D. Laing, among others. If Pitol’s autobiography is, among other things, an annotated history of his readings, the series Los Heterodoxos can be understood almost as an addendum to the Trilogy of Memory: the part of his life that the author decides to tell in the voice of others.

While not exactly an eccentric (there is not, in his narrative, an inclination toward rupture that merits the epithet, in my opinion), Pitol belongs to that species of author accompanied by eccentrics, and he invites his readers to walk the boundaries of a canon that, at least in the Spanish-speaking world, expanded thanks to his generosity and his infectious enthusiasm. “Reading is a secret game of approximations and distances,” he writes, and within that game Pitol’s narrative seems to grow, always linking traditions. Just like Hansel and Gretel, the narrator goes about scattering in the book clues to the origin of this writing, so that readers can reconstruct the trail, collecting those crumbs that are the readings that inform his prose.

If in the novel Pitol allows pastiche, diversion, and rewriting, in many of his stories (those collected in Los climas [The Climates] or in No hay tal lugar [There Is No Such Place], for example) he achieves an equal balance between digression and surprise, between laggard meandering, abounding always in details, and the coup de théâtre that gives the story a sudden roundness. As an introduction to Pitol the storyteller, there is a volume that, in my opinion, has a very well chosen selection: Cuerpo presente [Lying in State], 1990. In this we find Pitol at his most costumbrista, stories of feuds and landed families in the Veracruz countryside, and also at his most cosmopolitan, in stories that link Beijing and Vienna.

The Pitol School is not only about conversation and reading, but also, and most importantly, about translation. Pitol has translated into our language authors such as Robert Graves, Witold Gombrowicz, Jerzy Andrejewski, Jane Austen, Anton Chekhov, Henry James, and many more. Pitol the writer exists not only in his novels, stories, and unclassifiable memoirs, but also in the continuous practice of translation (which is being collected in the series “Sergio Pitol, Translator” by the Universidad Veracruzana and Conaculta).

Pitol is one of those authors whom one never leaves. There is always a corner of his work that can be read under a new lens. It is not for nothing, it seems to me, that he is held as a clear example of a “writer’s writer” in recent Latin American narrative. The fact that authors such as Enrique Vila-Matas and Mario Bellatin have turned him into a character in their own fiction only confirms what any reader senses upon reading him: that Pitol is unfathomable; it could almost be said that he is a literature entire of himself.

Translated by George Henson, whose literary translations include The Art of Flight and The Journey by Sergio Pitol.

Daniel Saldaña París is an essayist, poet and novelist. In 2013, he published his first novel, En medio de extrañas víctimas (Among Strange Victims), to be released in the US by Coffee House Press next year. 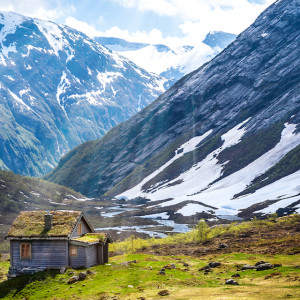