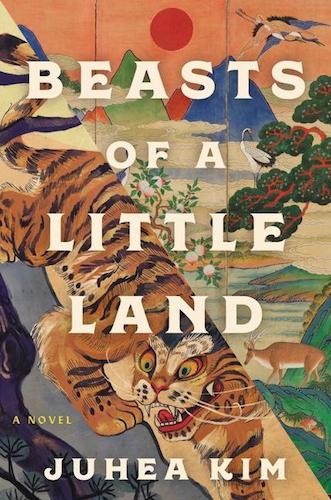 The following is excerpted from Juhea Kim's novel, Beasts of a Little Land. Kim was born in Incheon, Korea, and moved to Portland, Oregon, at age nine. Her writing has been published in Granta, Guernica, Catapult, ZYZZYVA, and other outlets. She is the founder and editor of Peaceful Dumpling, an online magazine at the intersection of sustainable lifestyle and ecological literature. After a decade in New York City, Kim now lives with her two rescue cats in Portland, Oregon.

Every human being fundamentally believes in his or her unique and inherent significance, without which life would be unbearable; but in Kim SungSoo’s psyche, that belief was not merely a foundation but the pièce de résistance. He himself was not conscious of that fact, of course, since such people are precisely the least likely to admit to selfishness. Being a well-educated, modern man, he had his own code of conduct and was sufficiently pleased with himself for meeting it without too many difficulties. That is to say, he was pro-independence but against any form of native activism (change could only come top-down through imploring the United States to free Korea, he believed). Among friends, he would say aptly vitriolic comments about the oppression, enjoying the eloquence of his own speech and the smooth taste of his Japanese cigarettes. He could carry on love affairs that were physically, financially, and sometimes even emotionally involving; but he wouldn’t be so base as to flaunt them in front of his wife, subjecting her to needless humiliation. In short, his moral character was no worse than any other Korean male who is born the only son of a prominent landowning family with an annual income of nearly two hundred thousand won.

When Kim SungSoo was young, his father was known around the entire province simply as “Rich Man Kim,” and he himself was called “Little Master,” not only by their own servants but also by peasants for miles around and in neighboring villages. Like all sons of wealthy landlords, he was sent away to Seoul for high school, followed by university. He was betrothed and married at twenty, to an official’s daughter who had only recently graduated from a Christian women’s college. They lived together for almost three years in the five-room guesthouse at his uncle’s mansion, across the courtyard from the main building. SungSoo spent those days mingling with his friends, all young men of wealth and education, and carousing with courtesans at expensive restaurants. At night, he came home senselessly inebriated to his wife, and let her undress him and gently admonish him. She’d been educated by American missionaries at school, but at home she’d also been taught that an ideal wife embraces her husband’s flaws with patience and self-sacrifice. But Kim SungSoo’s uncle, a government official who would eventually become a count in the wake of the Annexation in 1910, determined that his nephew couldn’t go on wasting away family fortune and his own talent, and had him sent to Japan for further studies.

SungSoo left his wife at home and arrived in Tokyo alone, and spent the next three years halfheartedly studying French, German, and Russian literature. When he wasn’t reading Pushkin and Goethe he was in the company of other expat students, many of whom were as carefree as he was. The others who were earnest and occupied with political theories, sovereignty, and equality, he avoided without even being conscious of it; one was too tiresome, another was truculent, and still another was unsophisticated and had no appreciation for culture. Yet, SungSoo had unexpectedly become close with a student of the political circle, as one sometimes picks out and strikes up a friendship with only a single person out of a group that he otherwise scorns. This student had impressed SungSoo with his uncommon intelligence, illustrious family background, and— something that helped sort their relationship time and again— genuine humility. Such was the history between Kim SungSoo and his old friend Lee MyungBo.

After SungSoo returned to Seoul, MyungBo stayed in Tokyo for another year. He then moved on to Vladivostok, continued westward across Manchuria, and settled semipermanently in Shanghai. SungSoo had lost touch with his friend six or seven years previously, and had not thought of him even in his private unspoken thoughts for so long that it jolted him when out of the blue he received a letter from MyungBo asking him to meet. After the initial surprise, however, SungSoo regained his composure and warmed himself to the idea of reuniting with his friend, until he became genuinely excited.

On the appointed day, SungSoo woke up and washed his face with hot water, made ready for him by the old woman who served the family as a housekeeper. He shaved carefully, then put on a crisp white shirt that his wife had ironed and laid out for him. The smartly creased sleeves cracked open as he pushed his arms through them, a distinct sensation that he greatly enjoyed. When he was fully dressed, his wife appeared with his breakfast, consisting of a bowl of white rice, fried fish, soybean sprout soup, kimchi, and steamed eggs with fermented shrimp.

“Did you sleep well?” she asked in a friendly voice as she laid down the tray. He grunted in reply. She chattered about their son, who had again gotten himself in some sort of trouble at school, and their infant daughter, who she suspected might have contracted the chickenpox. To all of these domestic issues, SungSoo paid only the slightest attention. It often felt to him as though his children belonged more to his wife than to himself; he was disappointed by how little affection he naturally had for them, and suspected that his attitude toward them was an extension of how he felt about his wife, their mother. The other three got along imperfectly, but with perfectly natural, warm, and even passionate attachment to one another. It was as if SungSoo had been dropped into a picture of an actual, real family lacking just a father figure. He often felt as though he were playacting with someone else’s wife and children.

“That’s all great,” SungSoo replied, only half aware that his wife was talking about their daughter’s rash. “I better get going.”

It was one of those October mornings when the sky is brilliantly blue and the air is wonderfully fresh. From the roofs of houses to walled gardens and the streets, everything was washed clean and anointed by the cool golden light of autumn. Alone, SungSoo became conscious of his own healthy, vigorous body, sharply dressed in a charcoal suit that was made precisely for this weather and delivered to his house by his tailor only the previous week. His tie, and the starched collar to which it was pinned, the silk-backed waistcoat, the brimmed wool hat, and the polished shoes— everything was delightful. The streets of Jongno were particularly beautiful too, and where he’d only have noticed the peasants and laborers during the summer, without any beauty and unpleasant in the extreme, he now saw that the trees aflame with foliage were casting watery shadows over the avenue.

His mood stayed bright as he reached his office and settled into his work. First, his secretary, a young man from the country, eager to prove himself but with an oily brown face and mannerisms that were too rustic to make him a man of letters, brought a stack of the morning’s newspapers and deferentially laid them across his desk. SungSoo skimmed them, starting with the important news in order to feel that he did the right thing, but losing interest and moving on before reaching the conclusion. There was an editorial piece on the second page about the riot that had broken out due to the sky-rocketing price of rice, which had gone from fifteen won per eighty kilograms in January of the previous year to thirty-eight won this August. It was said that never before in Korea’s five-thousand-year history had rice been so expensive, and the peasants and the laborers were starving en masse. On the day of the riot, a thousand men and women, young and old, had thrown mud and stones at the police armed with swords and rifles, right in the heart of Jongno, where SungSoo had just had such a nice walk in the morning. Finally, the military troops were deployed to disperse the crowd, and hundreds were arrested—and now the editorial was pleading for the release of these rioters.

After dutifully gathering the main points from the editorial, SungSoo moved on to a novel that was being serialized and read it with a great deal more interest. The protagonist of the story was an upper-class, modern-educated man in his thirties, just like SungSoo and the author himself. At this point, the protagonist was in the middle of falling in love with his late best friend’s widow, despite numerous complications owing to their other loyalties. Though SungSoo laid down the newspaper muttering, “What garbage! Disgusting rubbish!” he secretly was engrossed in the story, could not help anticipating the next installment, and longed to write something in a similar style.

From Beasts of a Little Land by Juhea Kim. Copyright © 2021 by Juhea Kim. Excerpted by permission of Ecco, an imprint of HarperCollins Publishers.

Even George R.R. Martin was surprised by HBO’s plan to make four Game of Thrones prequels.

How Stories Can Transcend Author, Culture, and History 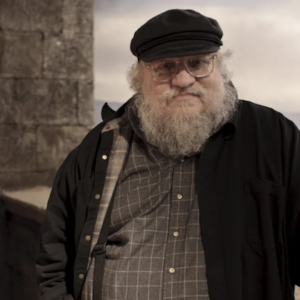