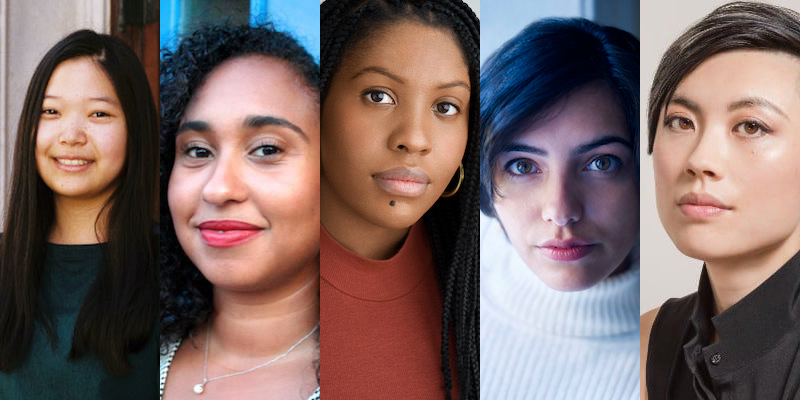 It’s time to unveil this year’s 5 Under 35 list from the National Book Foundation, which recognizes outstanding debuts from writers under 35. This year’s list—selected by a group of judges who have received a National Book Award, been longlisted or a finalist for that award, or appeared on the 5 Under 35 list themselves—includes authors who have been longlisted for the Center for Fiction First Novel Prize, the VCU Cabell First Novelist Award, and the Booker Prize, as well as those shortlisted for the Kirkus Prize for Fiction and the Lambda Literary Awards.

Hear from them below about their characters, their writing process, and the challenges they’ve encountered in the course of their work. 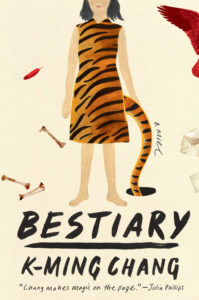 What critics said: “From the beginning, the story is one of internalized violence … the daughter navigates both the demands of her American community to assimilate and the need of her immigrant family to preserve the cultural memories of a place she has never known. The magic of these origin myths is very much present … A visceral book that promises a major new literary voice.”  –Kirkus

On the ways landscape influences writing: “To colonial Hoklo settlers and European colonizers, the mountains were seen as extremely hostile and wild but also passive, in contrast to the Taiwanese Indigenous understanding of land and water as living and embodied, with their own names and language. It was unconscious to me at first to write about earth and water in that way, but I realized that it stemmed from Indigenous storytelling, and from this desire to allow land and soil to open their own mouth and speak.” 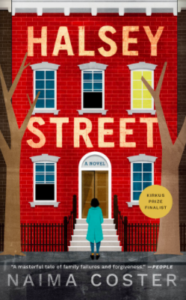 On the many possible narratives of gentrification: “To write what I know might be to miss the most interesting and urgent stories to tell about gentrification. If I centered my experiences, I might reproduce erasure as much as undo it because of all the advantages I’ve accumulated as a multi-class woman of color with quite a lot of privilege from my education. … If I intend to write against erasure, then I must be willing to follow characters past the in-between I know into whatever world they call home.”

What critics said: “Raven Leilani’s first novel reads like summer: sentences like ice that crackle or melt into a languorous drip; plot suddenly, wildly flying forward like a bike down a hill … Leilani has a ruthless knack for the somatic, rendering flesh on paper as alluring and unidealized as it is right next to you.”  –Jazmine Hughes, The New York Times Book Review

On allowing characters to fail: “Edie is fumbling through the dark, trying to find human connection randomly. So there’s a chaos to her seeking. And because there’s chaos there’s immense fallout. But I think all of what’s guiding her is that feeling of wanting to be made real, to be witnessed. I think it’s only natural, and I wanted to make room for this, that she fails.” 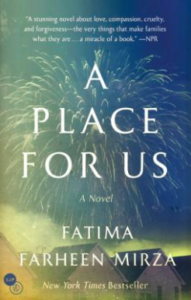 Book: A Place for Us (SJP for Hogarth)
Chosen by: Tommy Orange

What critics said: “A Place for Us is a stunning novel about love, compassion, cruelty and forgiveness—the very things that make families what they are … Mirza, 27, writes with more grace and self-confidence than many authors who have been publishing before she was born, and it’s going to be fascinating to see what she does next.”  –Michael Schaub, NPR

On writing without a model: “I remember flinching when I first wrote the name ‘Hadia’. I’d never read a novel about a Muslim American family before, and as a teenager, at some level I must have internalized the belief that our stories didn’t belong in literature. Without a roadmap, creating a home like mine in fiction was daunting—but as the years went by bringing their story to life was my anchor, and my goal was to do justice to their lives, and above anything working on the novel was a real privilege and a joy.” 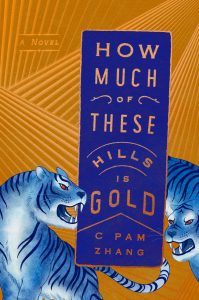 Book: How Much of These Hills Is Gold (Riverhead)
Chosen by: Marlon James

What critics said: “Sure to be the boldest debut of the year … C Pam Zhang grapples with the legend of the wild west and mines brilliant new gems from a well-worn setting … the story feels completely original, flushed through with new and unexpected perspectives.”  –Bidisha, The Guardian UK

What the hell John Boehner? A brief look at political memoir covers. 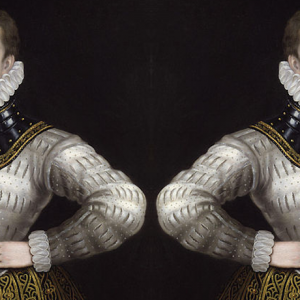 “Why are populations so willing to look the other way when survival of organized human life is literally at stake?”...
© LitHub
Back to top
Loading Comments...