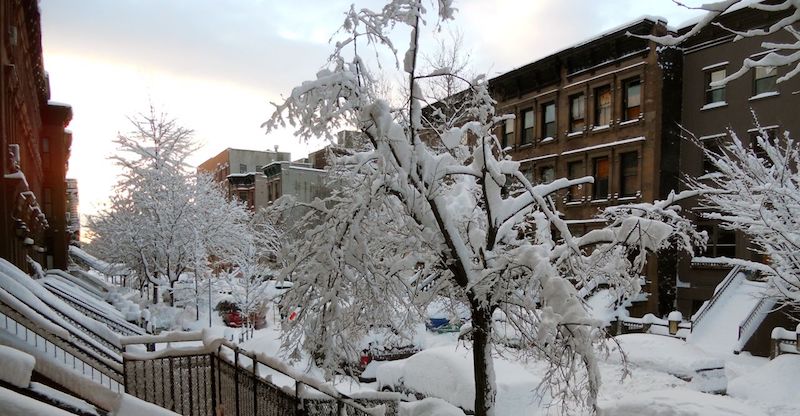 VIA STILL WATERS IN A STORM

Defying the Trump Administration, One Stoop at a Time

Álvaro Enrigue is reading tonight at Symphony Spaces as a part of City of Immigrants, a benefit performance for Still Waters in a Storm. He will be joined on stage by the likes of Steve Earle, Roseanne Cash, and Valeria Luiselli.

I live in Hamilton Heights, a Harlem neighborhood that because of its recent history and location has reached a kind of idyllic integration equilibrium.

There are the African-American families who live in the old, historic houses that vaguely resemble Dutch buildings. They are part of a very successful professional middle class of lawyers, doctors, music producers, media writers and directors in the area, and their houses are between Amsterdam and Saint Nicks. Between Amsterdam and Broadway—where the neighborhood ends to give place to the completely different spirit of Riverside Park—there are rental buildings, in which numerous communities of Central American and Mexican families thrive. Lately, you can hear people speaking Chontal Maya when you walk 144th Street. That group lives door to door with African-American working class families who settled decades ago in Hamilton Heights and with the last survivors of the first great Hispanic migration to this part of Harlem: the Dominicans, who by now own maybe half of the small businesses in the area. In recent years, Yemenis bought their bodegas. In the beginning they commuted from Queens but now they have settled in here and their children attend the local public schools. And there is a very recent arrival: Orthodox Jewish Russian families who we don’t know, yet, if they are coming from Europe or Coney Island—in the bodega everybody has a different opinion, almost always super irrational.

There are the white people, of course—they simply appeared one summer when we were already settled and were beginning to be accepted as a mixed but clearly Hispanic family in the Convent Avenue combo. Their numbers aren’t increasing as quickly as in other parts of town, mostly because a big chunk of the African-American families in place are, and will always be, more affluent than them. A few of the whites have bought houses—mainly in Hamilton Terrace—but most of them are here temporarily, just taking advantage of the good metro connections and relatively low rents for Manhattan, while they construct a professional life and go to other places in the city.

We are less sophisticated than we think: even since cities stopped depending on the agricultural cycles more than a century ago, we still live radically attached to the comings and goings of the weather. From June to October, Hamilton Heights is a neverending party. Everybody is out playing dominoes or shooting hoops; having dinner and a beer wrapped in a paper bag while sitting in the sidewalk in beach chairs; whole groups of friends listening to music and smoking joints the size of Fidel Castro’s cigars. During the cold months of the year, the neighborhood changes radically. It becomes a Mercedes Benz branch office: everyone walking fast to the metro, quiet, serious, and well combed. Even the dealers become more formal: “Cómo está, profesor?” they greet me, instead of extending me a fist to bump while letting go mild jokes about the fact that I dress as a white man being Mexican.

Life is not always hard for us in the cold months. During snow days the soul of Hamilton Heights seems to return to our communal body. By eleven o’clock on a school closure morning, all the hills of St. Nicholas Park are packed with families of all possible denominations, scratching the snow in their sleds. We are so many and so folkloric that by mid-afternoon, when the white people packs begin to arrive in Central Park to play with their snow, we have already finished ours. Not everybody descends in the professional sleds we have seen in other neighborhoods. Here we break the snow on trashcan lids—the local classic. The Salvadorans and Hondurans, always more audacious, go down on cardboard boxes crushed and lined with blue recycling bags. They are so flexible and fast that you can dare to slide between the trees—at your own risk. On those days St. Nicholas Park is Copacabana with coats and hats, a dance party at 18 degrees. People take their iPhone speakers and use them, loud. How do you say “There I go” in Maya Chontal? In Yemeni Arabic? In Tagalog or Russian? If my kids and I could concentrate more on our cultural environment than in going down the hill at very unsafe speeds, we would learn a lot.

The last snow day of this season, we returned home by noon and the paper had just arrived. I didn’t read it until after we had sat down to have hot chocolate with marshmallows and the peanut butter cookies we had prepared early that morning to fight the deficiencies of our apartment’s heating system. I was reading the news, after having spent three hours of Dionysian communion with the hood. How awful the United States must look from outside, with the portrait that the White House projects of us.

But that March day was different for me: I did not get worried while reading the paper, or not so much as usual. That awful way of being American that this administration promotes—racist and rapacious—felt close to extinction. It was clearer than ever that those guys are an ugly minority who took office because of the miscalculations of the rest of America. That the generous part of this country resists, not because of our street protests, furious social media posts or operatic east coast ironies, but because the deed is done.

I recognize that I tend to the sin of optimism, but since the snow day I’m sure this is their last breath. America is us, we, generous, confused and diverse: folks of every color in the snow. What we are witnessing is the scandalous flash of fireworks that occupy the entire sky; in that moment we can see them just because they are almost gone.

I’m 47 years old and come from a country in which citizens always vote wrong, mainly because of lack of options. So I have seen these kind of improvised politicians going home with their tails tucked between the legs many times. I have seen them humiliated by those once humiliated by them. I will keep denouncing, volunteering, resisting, of course, but soon it will be warm again. I will take my beach chair out to the sidewalk with my Dominican chicken with rice and beans in an ultra non-recyclable bin and my beer in a paper bag. I’ll be waiting to see them pass on their way out.

Álvaro Enrigue is a writer and editor. His first novel, La muerte de un instalador, won the Joaquín Mortiz Prize in 1996. His second novel, El cementerio de sillas (Lengua de trapo, 2002), was selected as that year's best novel in Spanish by the literary magazine La Tempestad. He has two collections of stories: Virtudes Capitales (Joaquín Mortiz, 1998) and Hipotermia (Anagrama, 2005). He has taught creative writing at the University of Maryland and Latin American literature at the Ibero-American University in Mexico City. Currently, he is an editor at Letras Libres. 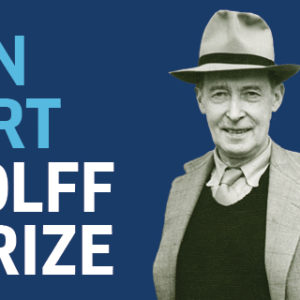 The Goethe-Institut, which promotes German culture and language in 94 countries, has—for the very first time—announced...
© LitHub
Back to top