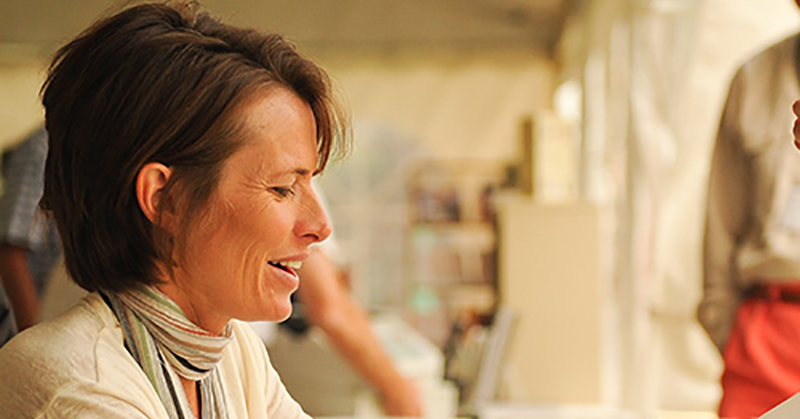 The Author of Travel Light, Move Fast at the Sun Valley Writers' Conference

Below is an edited recording of writer Alexandra Fuller at the 2012 Sun Valley Writers’ Conference. Fuller, whose two best-selling, award-winning memoirs about her parents and her childhood in southern Africa, Don’t Let’s Go to the Dogs Tonight and Cocktail Hour Under the Tree of Forgetfulness, indelibly evoking a landscape of love, loss, longing and reconciliation, will discuss both what she has found in the process of writing those books, and what she has lost.

We moved back to the United States, and I was very excited for a couple of reasons. I knew I never imagined that I wouldn’t live in the States but I knew that over here you had two things that I ached for all my life and never had: one was Michael Jackson, and the other was freedom of speech. I had the double whammy of having grown up in Rhodesia, where the things that seemed most urgent to talk about—like racism, war, censorship, and why it was that although the majority of the people in the country were black only the minority, in other words white people, went to my schools, and that if you went to a hospital in Rhodesia all the patrons and staff were white—I just sort of wondered how an entire country of six million people were being made to disappear.

Censorships means that you can’t talk about these things, and yet I understood from a very early age that the very thing that we need to talk about were the things that were forbidden. On top of that, I was raised by British parents and that really confuses things too on an emotional level because they’re British, so they haven’t had an official emotion since 1776. Then and now, the other things that you get very curious about as a child—like how babies are made and so on—are just unmentionable.

I came out of this deafening silence and into this rarefied atmosphere where freedom of speech, the things that came out of your mouth, were protected…. It astonished me. I was so thrilled and my husband would come back from dinner parties absolutely black and blue, saying, “Just because you’ve got freedom of speech doesn’t mean you exercise it 24 hours a day, seven days a week.” … I was very opinionated, and I had very strong views on politics, on wildlife policy, on the environment, on war, and on being a woman. I live in Wyoming, for heaven’s sakes. I was a wild minority in my views, which I felt that if I just spoke loudly and more slowly these people would begin to agree with me.

It doesn’t work out that way, and it suddenly occurred that after the deep amount of frowning and crossed arms that were sent in my direction I’d better become an American citizen or they’re going to throw me out of this place … So I went through the class to become a US citizen, and my father said that’s good because we never really wanted you anyway. It was terribly moving when I went to Cheyenne, Wyoming, to get sworn in and the most dignified person they could find to do the swearing in was the dentist. We were all sobbing. It was an incredibly moving ceremony. … There were people from Honduras and Guatemala and El Salvador and Mexico. The dentist said to us, Whatever has brought you from your place that you love and that birthed to you, and whatever hunger, anger, need, and sorrow has brought you here, we welcome those things. Don’t lose them. Give us your anger and your hunger and your sorrow. Never lose that… It was the most wonderful blessing because what I knew was that the thing that I had hungered for all my life was my voice, and now I was here and it was protected.

That was the greatest gift. Of course, the harder part of that is it also takes a tremendous amount of courage to honor freedom of speech. It takes a tremendous amount of courage to sit bravely and hear one another. That is something I think that in the ten years since I’ve been a US citizen we are losing that art, and it was one that I remind myself to relearned every day the gift of freedom of speech does not come without enormous responsibility and that responsibility has the courage to attempt to really hear one another.

I knew I had to be a writer. I didn’t really have a choice.

To listen to more of Alexandra Fuller and other talks from the Sun Valley Writers’ Conference, subscribe now on iTunes, Spotify, Stitcher, or wherever else you find your podcasts!

Alexandra Fuller was born in England in 1969. In 1972, she moved with her family to a farm in southern Africa. She lived in Africa until her midtwenties. In 1994, she moved to Wyoming. Fuller is the author of several memoirs including Travel Light, Move Fast, Leaving Before the Rains Come, and Cocktail Hour Under the Tree of Forgetfulness. 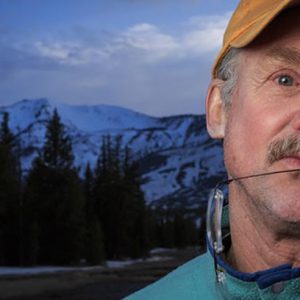