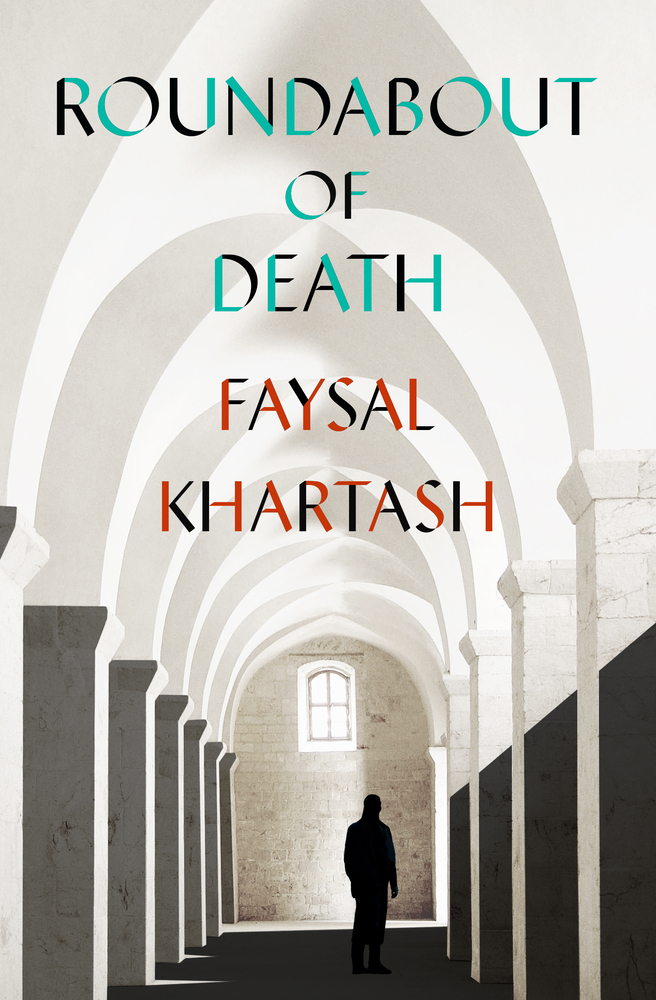 The following is excerpted from Faysal Khartash's novel, Roundabout of Death, translated by Max Weiss. Khartash is a leading Syrian author. He lives in his native Aleppo, has written several novels and works as a schoolteacher while contributing to Syrian newspapers. Weiss teaches the history of the modern Middle East at Princeton University. He has translated books by Nihad Sirees, Dunya Mikhail and Samar Yazbek.

I stood in front of the mirror straightening my hair. The comb hurt as soon as I pressed it against my scalp. I pulled my hair aside and suddenly felt those strange bumps of arousal poking through once again. I styled my hair in a way that kept them hidden, so that nobody would be able to see them. I got dressed in a hurry because I needed to go inspect my mother’s place. There was no longer any reply on her cell phone, and I needed to see for myself what had happened.

Schools hadn’t opened their doors to students that day either, you might say they had opened one door and one door only, that of the administration, so that teachers could go inside, while all of the classrooms and other spaces—including the security station, the library, and the staff offices—had been turned into shelters for displaced people.

The refugees removed all the chairs from the classrooms and other spaces so that they could put down foam bedding, string up what passed for blinds over the windows, and pound nails into the walls so that they could hang up their belongings. The gas was communal, more or less, and when the canister ran out and there was no longer any fuel to be found, someone would go buy some or else they would find electric heaters. They began telling each other stories about the destruction and devastation that had befallen their homes. Then, bit by bit, the conversation would turn toward less serious matters, because it wasn’t possible to talk about such things forever.

One of them asked why they didn’t build something that would allow them, meaning the displaced people, to be able to feed themselves. The people sleeping in the schools awoke to the sound of that person’s voice shouting, “Oh my God!” Someone had brought a watermelon from the farmers’ market and laid it out in front of everyone. Another person brought grapes and so forth and so on, until the entire scene was filled out, and you could see fires and smoke, eggplants of all varieties, tomatoes, zucchini, and pumpkins. Someone made coffee and tea while someone else fried falafel and boiled eggs; another person made sandwiches with cured meats, tomatoes, and pickles for everyone to eat. In short the people started producing things to eat, including pita bread and other kinds. You would soon start to find everything from electronic goods to plumbing equipment; you might say an entire market had sprung up, including vendors of vegetables, bags of potato chips, all kinds of oil, country-style, animal-fat and industrial ghee, as well as chamomile and mulukhiyah leaves. I’m telling you, it would make your head spin.

Jumaa the Teacher, who was deeply involved in the whole thing, dropped by the school in order to sign in, then sat down with the administration.

“Everything all right, brother?” the female principal asked him.

“Aren’t you going to sign this?” he asked her in turn. “I wasn’t aware you were a teacher here.”

Jumaa the Teacher signed in and then walked away in a huff.

It was a calm morning, everything on our west side of the city was chaotic, cars were driving the wrong way on the roads. If people were driving the wrong way, though, that was only because everything had been turned upside down. That morning all kinds of people were waiting on the doorstep to come inside, people with diverse features, some with hands and feet and a head, all moving at their own pace with their heads down, carrying loaves of bread. They weren’t concerned with what day it was, what time it was, whether it was summer or winter. They had managed to procure bread, and that was all that mattered.

Jumaa the Teacher arrived at the Al-Halak shared taxi stand and found a number of cars that were willing to take him to Al-Halak but he told them he wanted to go to the main square via the Tawleed Hospital road. The passenger seated next to him snickered and said, “It’s like you don’t live here, as if you didn’t realize they’ve blocked off the way into the square via the Tawleed road.”

“Who blocked it off?”

“Talk to the driver, maybe he can help you.”

Jumaa went to speak with the driver, who had paid him absolutely no attention at first. The driver told him they were going first to al-Shalaal, then directly from there to Shaykh Maqsoud, then they’d turn right, finally heading toward Al-Halak.

“No, no, that’s not going to work for me,” Jumaa the Teacher said, getting out of the car, deciding to continue his journey on foot instead.

All kinds of gunfire broke out, whether he was in the public gardens or the streets surrounding them. Jumaa the Teacher was stricken with panic, that’s right, stricken with panic, or let’s call it terror even. Still, sometimes the main squares would dazzle him. He was now bearing witness to clashes between the Muslim Brothers and the regime. He had previously witnessed the 1973 War—he didn’t refer to it as the War of Liberation the way the regime did. Maybe that was just inattentiveness, or maybe it was something else.

It’s true that he had rounded up the corpses of fighter pilots on the moist earth, sometimes wrapping them with a sheet, but all of that was nothing like what was happening to him now. He looked to the right, where he saw Mukhabarat agents dressed in military fatigues sitting on chairs they had taken from shops that had opened their doors to them in exchange for protection, fanning themselves with scraps of cardboard because the power was out.

And so the calamities continued even as he started to walk, nothing could rattle his confident strides, not the aerial bombardment, the shelling, not the bullets he could hear whizzing past, he didn’t care, the goal was clear as day before his eyes, and nothing was going to prevent him from getting there.

Jumaa the Teacher made it near his mother’s house, as far as the next neighborhood over, and then his body finally arrived at the street leading to her place.

“You can’t go this way,” the soldier flatly said, waving a rifle toward him.

I’ll take the next street, Jumaa the Teacher decided, but on the next street he found the exact same situation, then on a third street, and so on and so forth, until he reached the produce market at Maysaloun, where he dropped his face into his palm. He wouldn’t be able to see the house from there, so he headed west to the Sulaymaniyah neighborhood, where there were women of all ages and shapes and sizes standing in line to buy bread before moving on to buy the rest of their groceries. When he made it back to the cafe, weighed down by sadness and exhaustion, he sat in the comfortable chair by the window. Suddenly the street burst into action, with gunfire coming from all directions, missiles of every make started to crash down, and as he looked out the window to find out what was happening, he saw a woman using her hand to cover her head and crouching down as she took shelter against the wall. He couldn’t quite see what happened next. He gathered all the courage he could muster and rushed into the fray, grabbed her by the hand, and dragged her back with him. Everyone was flying around in a panic, and he ran with her until they made it to the door of the cafe. He shoved her inside and she remained silent.

“I have no idea what they’re targeting,” he told her, “but they’re attacking with full force.”

Her face was gaunt, she was depleted and clearly needed someplace to sit down.

“What do you say we go sit in the cafe for a bit?” he asked her, and she nodded at him in agreement.

He walked up the stairs ahead of her and she followed him until they reached his usual table, where some young men he was acquainted with were sitting, so he zigzagged over to another table after saying hello to all of them. He sat down at a table that looked out on Saadallah al-Jabiri Square, from where he could watch everything that was happening directly across from them and out on both sides. She sat down beside him. The sky he looked up at in that moment was as transparent as water. He asked about her situation, what she was doing in such a place at a time like this.

“Nothing, nothing much, they just started attacking,” she said curtly, the shock of all the noise clearly affecting her, causing her to behave this way.

Jumaa the Teacher had known Lamya, also a teacher, in a quieter time. He had searched for a new love in her after a previous romance had fallen apart. Early in her time at the school, he had surprised her by walking into the teacher’s lounge while she was brushing her hair. He apologized profusely and was about to shut the door on his way out, but she told him to come in, that she was nearly finished. He told a few crass jokes about the situation and she laughed politely. When she finished brushing her hair, she placed her brush and the leather-backed mirror into her purse, then told him she had been dispatched there, to the school that is, as a geography teacher. She had delivered the papers that the superintendent had given her to the headmaster, and then he was visited by two Party cadres while she was asked to wait in the teachers’ lounge, and so here she was waiting for the two of them to leave, to finish their necessary activities.

The coffee arrived. We didn’t put any sugar into the pot, though the waiter left sugar for us on the table. We ignored it and continued our conversation. I asked her how she and her children were doing. She told me that her eldest daughter had gotten married. When I asked about her husband, she said, with a smile on her face and without clarifying anything for me, that she had packed up all her stuff. Putting out her cigarette she said that it was getting late, and so she stood up to go. I said goodbye to her and she left.

Excerpted from Roundabout of Death by Faysal Khartash, translated by Max Weiss. Excerpted with the permission of New Vessel Press. 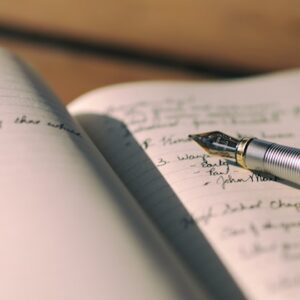 A Witness to the Human Experience: Why Medicine Needs Storytellers While working at Stanford for 11 years on the frontlines of a top lung transplant program, I often had a plotline running...
© LitHub
Back to top