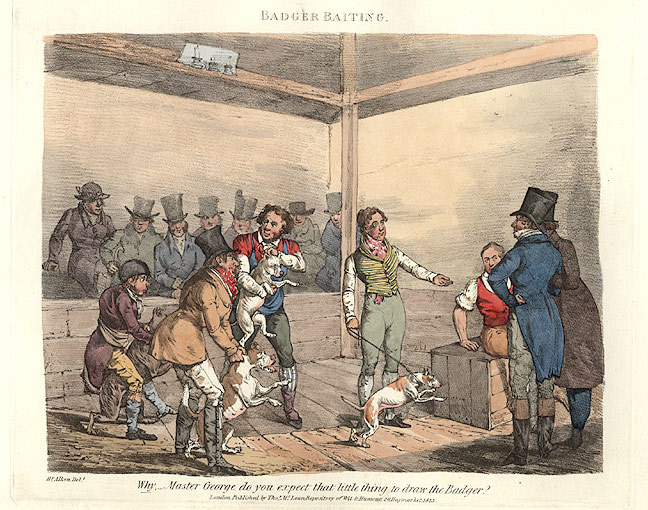 Violence, Beauty, and the Smuggling of a Wild Animal

The big spade-faced Irishman was sitting on a barstool that looked far too small for him. Because he still had on the brown coat that was shined with use (and showed it under the bar lights) I thought he looked like a toffee apple.

I shouldn’t have said ‘that guy looks like a toffee apple’ as the first thing I said when I walked into the bar but I was drunk. I didn’t know he was Irish at the time. I hadn’t had a good fight in weeks.

We walked across the wide tarmac area, a group of us, and up to the guys who were watching the gates. They knew me from when I worked with them.

Most of the guys along were drivers. They loaded on to the boat early then went for a few pints and something to eat. The two pubs set up a little off the dock were built for that.

Also with us were some youngsters and a handful of guys I knew by sight. The youngsters had been playing pool and doing trick shots but had turned into serious young men now.

The Irishman took off the coat. Underneath he was wearing a padded body-warmer which accounted for the apple-like shape. I thought wearing the body-warmer underneath the coat pointed to a problem with his intelligence.

I had planned on making more jokes about him looking like a toffee apple but they wouldn’t have made sense then.

He hung up the coat and body-warmer on a wing mirror.

The Irishman and me were looking at each other thinking of hitting each other when the noise came. It sounded like someone was badly hurting a child. It came from one of the cylindrical fuel tanks slung underside a lorry.

The Irishman punched the tank and the sound stopped dead. It was a dummy fuel tank. Inside, there was a badger solid with fear. Its eyes were like drops of oil.

‘Whose truck is this?’ The badger did not move or try to bite the Irishman. ‘Which one of you’s trucks is this?’

–Goodwick, where the Fishguard to Rosslare Ferry docks, the recent past

II. Some Information On Badgers

It was the holy grail. A badger skull. Along with owl pellets, nothing was better to find. There is a ferocity and an intent in the skull itself that doesn’t show through the outside animal. Even with the teeth worn and broken as they are with older skulls, the machinery of the bite has a necromancy.

A badger’s lower jaw is articulated to their upper jaw in a way that makes dislocation all but impossible. This means they can’t twist their jaws as most mammals can, but they can clamp them shut and hold on to a thing with extraordinary strength.

Badgers are Mustelids, like otters, polecats, ferrets, weasels and wolverines. They are fossorial—adapted to digging and life underground—and mainly nocturnal. There are eleven species of badger, generally short and heavy-bodied with small ears, elongated heads and huge foreclaws. They all have black-and-white or grey-and-white faces.

Badgers in America are Taxidea taxus, in Europe, Meles meles. Or, the “American Badger”, and the “European badger”.

Originally, the name only applied to the European badger, likely coming from the French bêcheur, meaning ‘digger’ but there are other ideas. One is that the name comes from the white ‘badge’ on the animal’s face, but that etymology could just stem from innate English anti-Frenchness.

While numbers are high in the UK, it’s unusual to see a living badger. They exist, mostly, in the signs they leave: well trodden paths through woodland or across a field; earth scraped up in snuffle holes; muddy droppings, particularly in winter when they live mostly on earthworms; coarse, ridged hair caught on the low strand of a fence.

They exist, also, in their blood-curdling noises. The sound of a badger eviscerating a hedgehog is one of the most disturbing things I’ve ever heard. I later found the hedgehog’s empty skin.

For others, badgers exist as nuisance. They undermine arable land. Their presence prevents planning permission. Crops are rolled, chicken coops raided—or at least that’s the accusation. And, as we’ll come to later, there’s the concern that badgers transmit infectious disease.

I once found a badger cub on the farmyard and thought it diseased. It was wobbly-legged and confused. I kept it in a box fearing it would die as most things do, but in the morning it was just angry and emotional. It had got itself drunk eating rotting apples on the garden lawn.

For most people, though, living badgers are rarely seen outside of storybooks (Kenneth Grahame’s “wise hermit” figure who “simply hates society”, or Beatrix Potter’s rogueish Tommy Brock). To see a real badger, generally, is to see a dead badger.

Badgers have been used as sport for centuries. There is a difference between badger digging—the act of digging a badger from its sett—and badger baiting—the act of setting a dog or dogs on a captured badger. A wide variety of dogs have been specially bred for both purposes: either small, elongate, and persistent, to send down tunnels; or thickset, weaponized, and aggressive, to fight. (Dachs is German for badger, hence dachshund. Terrier is French for an animal burrow or den).

In the 1800s a badger was contained in an artificial ‘sett’, often a box or barrel to which it was chained. A dog was introduced into the same box through a special tunnel, whereupon the animals locked jaws. The dog’s owner then drew the dog out while it was latched on to the badger. The more times the badger could be ‘drawn’ the better the dog. (A fully grown adult badger averages about the same weight as a Labrador). The process was repeated until the dog grew tired, then another dog took over. Sometimes the badger’s lower jaw would be removed to make it safer for the dogs.

In other cases there was no artificial sett, and the badger was simply immobilised somehow and the dogs set upon it. The badger generally died of injuries sustained from the dogs, or eventually from infection or gangrene in the tail (particularly in cases when the tail had been nailed to the ground).

A badger was most often procured by digging it from the ground. Some older people remember the village turning out after church on a Sunday to ‘dig a badger’. In simple terms this involved sending a small dog down a badger tunnel to locate the badger. The dog would then hold the trapped animal in position while people would dig down to procure it. Sometimes a number of dogs would be sent in shifts to hold the badger while the digging happened. I’ve read accounts of badger digs that went on for days.

As with going to church, badger-digging is an activity we’ve mostly grown out of in the UK. But baiting, the more sinister extension of digging, is seemingly on the rise.

For baiting, a badger is put into a pit, often after having its claws mangled or ripped out; often the jaw is smashed and the sharper teeth are taken out to limit damage to the dogs (which, even so, can be severe). In cases where it’s impossible to dig a pit, or where a pit simply isn’t wanted, the badger might be tied by a hind leg to a post or tree. Dogs are then set on it.

Many of the badgers seen dead on the side of the road are more likely to be victims of sport rather than automobile.

During the last few years a government scheme to eradicate badgers from much of the countryside met with opposition from the general public. Badgers are potential transmitters of bovine tuberculosis to cattle herds. It’s not the only way (and rarely the way) cattle can become infected, but if they do they are not allowed to be moved and can’t be sold abroad (though they routinely enter the domestic food chain).

The government claimed a sustained badger cull over nine years might achieve an approximate ten percent reduction in disease incidence. The target for a nine-year cull would be to eliminate around 70 percent of the UK badger population.

Most of the science stacks up against the idea of a cull. Badgers live in clans, localised and territorial, moving peripatetically from sett to sett using networks of burrows sometimes centuries old. In evading a cull there is always the chance a badger clan would simply spread any infection further afield if they were carrying one, in a process called perturbation.

The cull was piloted in Wales but abandoned before it began. It was quickly abandoned in England after the government insisted on starting it, despite its failure in Wales. During the consequent Welsh Badger Vaccination Project in 2012, of the 1,424 badgers captured and vaccinated in bovine tuberculosis hotspots, none showed signs of the disease. In Wales at the moment there’s a hotline for reporting dead badgers.

I didn’t write The Dig because of any of the things above, and it was happenstance that its publication coincided with raised awareness of the badger. The research I started prior to writing the book continually circled back to an organised and persistent group of people who enjoy ripping animals apart.

In Ireland around 50 percent of the badger population is culled each year through a different process of ‘snare and shoot’. This means there are fewer badgers to hand. There is a market smuggling badgers into Ireland, with individual animals worth up to £500 each.

That is why, in the anecdote above, there’s a badger stuffed into the dummy fuel tank of a lorry.

On the Lost Art of the Comic War Novel 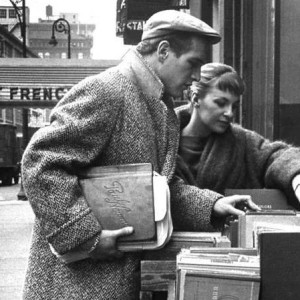 This Saturday, May 2, is Independent Bookstore Day. This means you need to go to your local independent bookstore, buy a book,...
© LitHub
Back to top