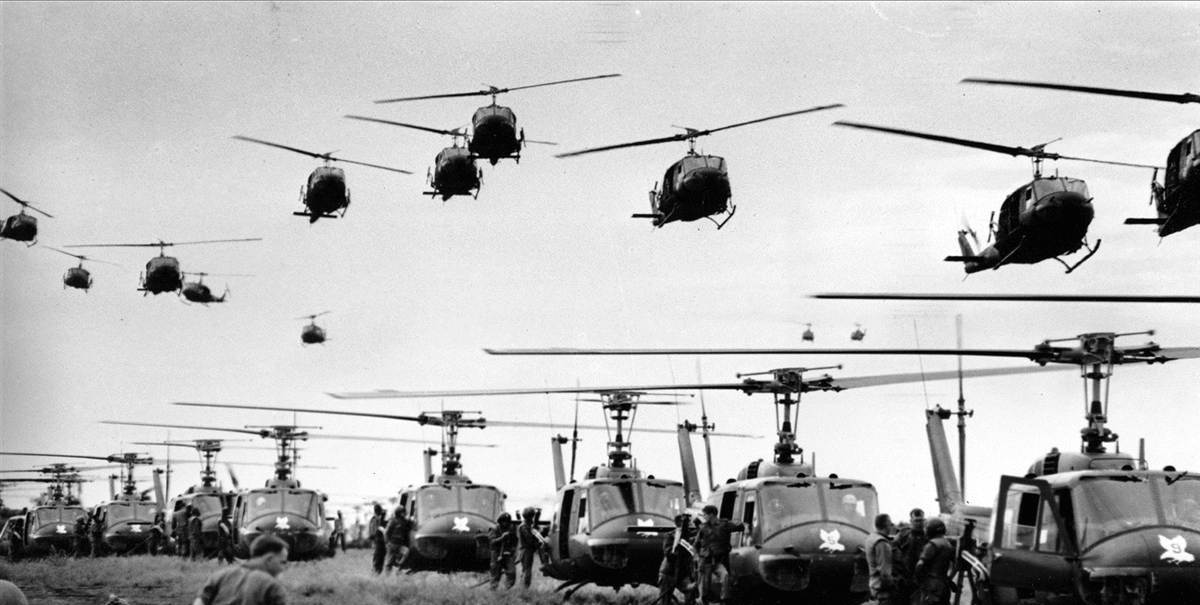 On the Lost Art of the Comic War Novel

David Abrams, the author of  Fobbit (Black Cat, 2012), a satirical novel of the Iraq War, talks with Viet Thanh Nguyen, the author of  The Sympathizer (Grove Press, 2015), a debut novel set after the end of the Vietnam War. They discuss humor, unreliable narrators, and telling a war story from another side.

Viet Thanh Nguyen: Learning the term “fobbit” reminded me of some related slang from the Vietnam War: “REMF,” which stands for “rear echelon motherfucker.” What strikes me is that the Vietnam War didn’t produce any comic literature or movies that I can recall, until Richard Galli’s novel Of Rice and Men and the movie Tropic Thunder, 30 years late. In contrast, World War II and the Korean War gave us many stories of wartime comedy that came out soon after those wars ended (Mr. Roberts and M*A*S*H are just two that come to mind). Why do you think Americans have been so slow, even reluctant, to be funny about the Vietnam War? And is your novel an exception to humorlessness about the Iraq War, or does it signal some change in American attitudes about this war versus the one in Vietnam?

David Abrams: I think our society has been conditioned to treat combat as this terribly serious thing for which we have to don our sober Puritanical faces in order to discuss. Anyone who has actually been through a combat experience, however, knows that horror must be levied with humor. If you don’t laugh, you’ll cry, and that sort of thing. I think you were right when you said people are reluctant to laugh at the Vietnam War—a conflict that still resonates with a complex stew of guilt and anger in many sectors of our society. Much of that shame and fury played out in the first flood of Vietnam War movies: Coming Home, Apocalypse Now, The Deer Hunter and Platoon. Stone-cold sober films, every one. The one exception—released a dozen years after the fall of Saigon—was Good Morning, Vietnam, and even that movie had a dark undercurrent only thinly covered by Robin Williams’s blistering comic veneer. Like you, I can’t think of many other comic films or novels about the conflict itself (apart from the occasional gallows humor in the works of Tim O’Brien). But now there’s your book… In preparation for this interview, I re-read the first 50 pages The Sympathizer this morning and was reminded how funny it is. It’s unlike any other Vietnam War novel I’ve ever read. It focuses on what I would call the true face of the war—the conflict between North and South Vietnam, as embodied in one unforgettably funny character: our nameless narrator. From the very first sentence, we learn the narrator is “a sleeper, a spook, a man of two faces”—and thus an unreliable narrator. How did this influence the way you spun the story?

VTN: Aren’t all narrators unreliable? Just as we all are whenever we tell stories in which we have some investment. And perhaps the most unreliable narrator is the one who tells you up front he is unreliable, in an act of duplicitous honesty. That’s certainly true for my narrator, and it was freeing for me. The narrator tells us exactly what he feels about everything except for the one thing that he keeps a secret even to himself, and from me. I didn’t know what that secret was until near the end of the novel, which is how much my own narrator had seduced me. I lived with him for two years, which is how long it took me to write the draft that got sold, and he was surprising me constantly. In Fobbit, there’s also a surprise near the end, but one also completely fitting. Did you know that was going to happen when you began writing the novel?

DA:  One of these days I’m going to come up with a novel over which I have tight control from start to finish, but Fobbit—like most of what I write—was pretty loosey-goosey all the way through. It evolved organically and episodically over the course of the six years I worked on it. I knew the book would have a significant finale, but I didn’t know the details until the ending left my fingertips, tapped across the keyboard and splashed onto the screen. And even though it came to me late in the day, the ending of the book is one of the things that readers mention the most to me at book signings and in emails. What do you hope readers will take away from The Sympathizer? For many of us, the image that comes to mind when we think of the “fall of Saigon” is the frantic helicopter evacuations from the rooftops, ferrying out refugees and U.S. personnel, but your novel plunks us down in an equally-harrowing scene on the rocket-riddled tarmac of Tan Son Nhat Airport. It’s a different—and vital—perspective of the Vietnam War. As the narrator says, April 1975 “meant everything to all the people in our small part of the world and nothing to most people in the rest of the world.” Is it your intent to flip our perspective of the war?

VTN: Definitely. I grew up hearing, reading, and watching American accounts of the war, and while they fascinated me, they did not capture the feelings, the experiences, the memories, and the stories of my family and my Vietnamese friends and the Vietnamese community in America. Part of what I wanted to do was to convey that southern Vietnamese perspective, because one of the ironies of living in America was realizing that Americans were generally much more interested in the stories of their northern and communist Vietnamese enemies than of their own southern allies. But I also wanted to do more than fill in gaps. I wanted to force Americans to look at themselves as well, so there is much in the novel about American ideals, views, and manners that Americans may take for granted but which I satirize as someone who is both an insider of and outsider to American culture. And lastly, I wanted to highlight both the accomplishments and the failures of Vietnamese communism and revolution, which still hold some sway on the imagination of the world and the left. I hope that by criticizing all sides, and yet loving them too, I can get readers to re-examine their own understanding of the war and their own beliefs about their side’s values and history. I’m assuming you had some similar ambitions in your novel. Is it frustrating to deal with how little most Americans know about Iraq, the war there, and their own military? Or does that motivate you as a writer to think your novel can address that ignorance?

DA:  In fact I was motivated by my own lack of understanding about the war. Despite being a career soldier who was “geographically central to gunfire,” as I say in Fobbit, I still felt removed from the war. I was at a logistical, intellectual and even a moral distance from what was happening just a couple of miles away from me in Baghdad while I was stationed there in 2005 with the U.S. Army’s Third Infantry Division. Fobbit was my way of tunneling toward the truth (or “truthiness,” as Stephen Colbert would say). Of course, it’s just my truth, told in an outlandish fashion; other soldiers’ mileage may vary. One last question for you: There are so many levels of deception in The Sympathizer, I’m curious as to how you managed all those criss-crossing strings of lies while you were writing the book. From a craft perspective, what’s it like to construct such a deeply-layered narrative? Did you tack notecards to a bulletin board, did you build a thick folder of notes to yourself, or did you manage to keep it all straight in your head as you wrote?

VTN: I had a two-page synopsis before I wrote the novel, which I mostly followed as I wrote it until I got to the three-quarter point, whereupon I realized what the ending would actually be. I was also taking notes constantly on Evernote over the two years I wrote the novel, about characters, ideas, plot points, themes, and historical details. I would sort out the notes for each chapter before I wrote it, and there was so much information in the notes that it was not a problem to just follow them and flesh out the chapter. Each first draft of a chapter took a couple of weeks. Any notes that I didn’t use, I would put them back in the master notes and see if I could use them later. So that was the process for building the plot, but I think I managed everything overall by totally inhabiting the character of my nameless narrator. I loved him and understood him completely, because he was a part of me. 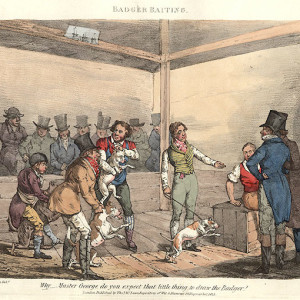 I. An Anecdote The big spade-faced Irishman was sitting on a barstool that looked far too small for him. Because he still...
© LitHub
Back to top