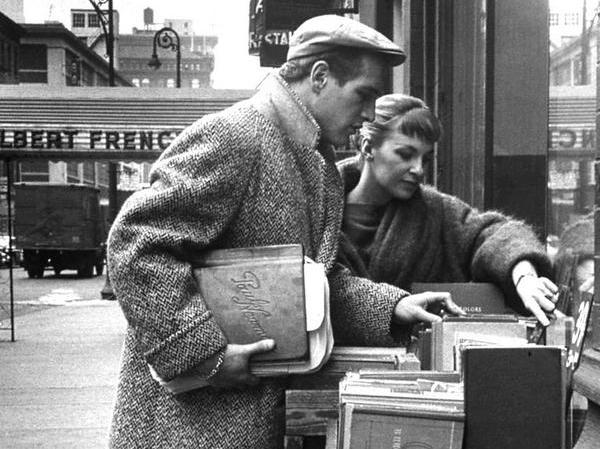 This Saturday, May 2, is Independent Bookstore Day. This means you need to go to your local independent bookstore, buy a book, and maybe drink a beer or something. We spoke with IBD founder Samantha Schoech about what will be going on this weekend and how it all started…

My husband Pete Mulvihill, is co-owner of Green Apple Books in San Francisco. A couple of years ago he was looking at the success of Record Store Day and decided indie bookstores should copy their model. He went off to BEA that year like an evangelist, talking up his Bookstore Day idea to publishers and bookstore owners like a man obsessed. And everyone loved the idea. When it came time to make it actually happen, however, things got more complicated (he had a full-time job, after all). Long story short, the Executive Director Hut Landon, and the board of the Northern California Independent Booksellers Association decided they would finance it the first year in California and they hired me to make it happen. The idea was always to take it national, but we needed to figure out what it would all entail first. California was our testing ground. And yes, I had to apply for the job (although nepotism probably didn’t hurt me).

I wish there were a million. There are about 2,000 independent bookstores nationwide. We have 365 of them participating this first year. But our plot is to eventually get them all. But, yes, the organization part is a big job. This year we have 365 stores, 65 authors, 16 exclusive items and books, 7 publishers and literally thousands of people involved. It’s sort of like Whack-a-Mole—there’s always something popping up that needs to be dealt with immediately. And things have gone haywire a few times. Our Literary Tea Towels were made in India and printed in California. The towels themselves were delayed significantly by the dockworker’s strike and slow-down in California. Our container sat in Long Beach while we missed every deadline we had. Eventually Hut Landon and I spent six days in a warehouse packing and shipping 3,600 boxes of tea towels. It’s not exactly glamorous, but bookstores will have those damn towels on May 2.

One of my favorites is Dave Eggers editing customer’s social media and dating profiles for them at Books Inc. in the Castro in San Francisco. Diesel Books in Oakland is hosting Literary Karaoke. Spoonbill & Sugartown Booksellers in Brooklyn is offering free shots of absinthe after 4pm. A Novel Experience in Zebulon, Georgia is coordinating a flash mob to dance the “shim sham” through Courthouse Square in front of their store. I don’t know what the shim sham is, but I wish I did.

Part of our mission is to change the tired narrative of bookstores hanging on by a thread and being these musty throwback shops. In reality more bookstores have opened than closed in the last couple of years in the US. Retiring bookstore owners are selling their stores to a new generation of booksellers. There was indeed a huge die-off beginning in the 90s and the entire book publishing world has faced many challenges. But many stores have figured out how to not only survive, but to thrive in this brave new world. They have always been and will always be anchors in many communities. But they don’t survive on nostalgia alone. They are smart, modern businesses that know how to change with the times. And, of course, they will always offer the kind of person-to-person book recommendations that no algorithm (no matter how sophisticated) could ever replace.

I will be making the rounds of stores in San Francisco with my kids—we have a storytelling workshop with 826 Valencia at Green Apple, a Mad Hatter’s tea party at Booksmith, and some doodling to do at Books Inc. And I will be presenting my IBD-exclusive book Days Like This: Good Writers on Bad Luck, Bum Deals and Other Tribulations with contributors Mary Roach, Novella Carpenter, Michelle Richmond and Chris Colin at Green Apple Books that evening. I will also be partaking of the free champagne at many of the stops.

Oh God, please no! You’re asking this days before Bookstore Day so I’m feeling a little stretched thin. I mean, eventually we want to rule the world, but first we want to conquer the U.S.  But Canada is already doing it on their own. May 2 is also the first Canadian Authors for Indies Day. 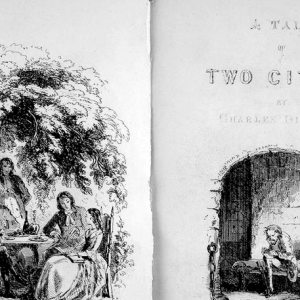 Viet Thanh Nguyen in conversation about his debut novel, The Sympathizer, on the 40th anniversary of the Fall of Saigon. | Literary...
© LitHub
Back to top