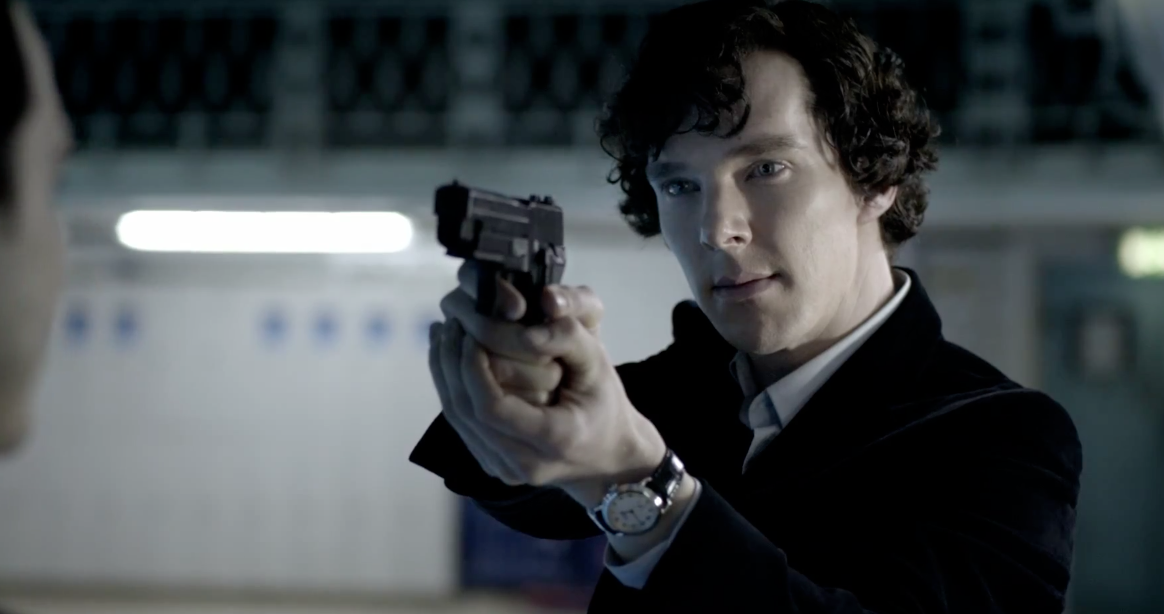 This week, The Guardian ran a review of the new season of the BBC’s Sherlock, written by Ralph Jones and entitled “Sherlock is slowly and perversely morphing into Bond. This cannot stand.” The review laments the violence and grenade pens of the show’s recent seasons, arguing that Sherlock Holmes should be “a nerd, not an action figure; a scientist, not a spy.” Though hardly the only reviewer to have major complaints about the show, Jones was probably the only reviewer to get a personal response from Mark Gatiss—the co-creator of Sherlock, who also writes for the show and even appears in it as Mycroft Holmes—and definitely the only reviewer to get that personal response in the form of a poem.

Gatiss, adding “poet” to his already long list of creative credentials, sent the following lines into The Guardian‘s Letters page:

To an undiscerning critic

Here is a critic who says with low blow
Sherlock’s no brain-box but become double-O.
Says the Baker St boy is no man of action –
whilst ignoring the stories that could have put him in traction.

The Solitary Cyclist sees boxing on show,
The Gloria Scott and The Sign of the Fo’
The Empty House too sees a mention, in time, of Mathews,
who knocked out poor Sherlock’s canine.

As for arts martial, there’s surely a clue
in the misspelled wrestle Doyle called baritsu.
In hurling Moriarty over the torrent
Did Sherlock find violence strange and abhorrent?

In shooting down pygmies and Hounds from hell
Did Sherlock on Victorian niceties dwell?
When Gruner’s men got him was Holmes quite compliant
Or did he give good account for The Illustrious Client?

There’s no need to invoke in yarns that still thrill,
Her Majesty’s Secret Servant with licence to kill
From Rathbone through Brett to Cumberbatch dandy
With his fists Mr Holmes has always been handy.

Now, clearly not to be outdone, Jones has responded to Gatiss’s response with a poem of his own, which was published on Shortlist (The Guardian, one assumes, has had enough), and comes complete with a little puzzle to solve that indicates Jones’s feelings about all of this:

Kind though it was for you to pen a reply,

Swelling with righteousness I think that I
Would like to respond to your words if I may
But only because you so brightened my day.
Alarming, beguiling, it couldn’t get better;
Addressing a poem to me in a letter?

Thank you, Mark Gatiss, but let me be frank:
Sadly the content was a big load of
Splendidly written but baffling verse;
Speaking directly now, I will be terse.
Fisticuffs, yes, Sherlock scuffles a bit;
Clearly he’s a man who can dish out a hit.
By paragraph four (you can pop back and read it),

I’d said that his muscle is there should he need it.
Holmes is unlike Bond in that he is mortal;

It’s difficult not to explode in a chortle
When he lands countless blows on a dude paid to kill.
Simply and plainly: that is way too much skill.
Is there some violence in Conan Doyle’s prose?

Of course there is, as I think everyone knows.
So when I beseech that you show some restraint
I really don’t mean that the programme be quaint.

I’m saying that Holmes and his love of a mystery
Look terribly close to being BBC history.
Enough on this point though, I think I might bore you.
It’s time I unveiled the code I wrote for you.
Why not go back and check the first word on each line?
Using the title, tell me what you divine.

There you have it, complete with Sherlock Holmes superfan deep cuts, rhymes and original British spellings. I think it’s safe to say that this is already shaping up to be the most charming literary feud of the year. I can only hope it will continue. 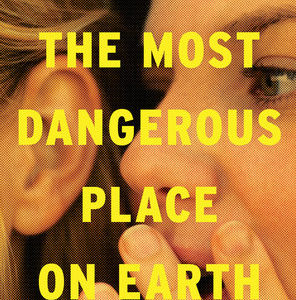 The safe in the basement contained the sixteen years of birthday and Christmas money that Dave had never been allowed to spend. Each...
© LitHub
Back to top