The matter is a perfectly trivial one, but there are points in connection with it which are not entirely devoid of interest and even of instruction.

–“The Adventure of the Blue Carbuncle”

Sherlock Holmes holds the distinction of being the literary character most frequently portrayed on screen. This, necessarily, has resulted in countless reinventions—the most recent of which is the version of Holmes who appears in “The Six Thatchers,” the first episode of the new season of the BBC’s Sherlock.

The problem with any reinvention of a beloved character—superhero, spy, Victorian detective—is that character’s fans, and the weight of those fans’ expectations. We demand a certain number of fangirl callouts. We get upset if the character’s idiosyncrasies aren’t name-checked, if their catchphrases are left unemployed. Their signature hats not at least nodded to. I’m not immune: I have my own wish list, too.

What I want from a Sherlock Holmes adaptation is Holmes and Watson solving crimes together.

In “The Six Thatchers,” our titular detective delivers a rapid-fire monologue to the person in the armchair across from him. “You see, but you don’t observe,” he chides, accusing his partner of “romantic whimsy” while he himself runs on logic and reason. Right as we’re in the thick of his rhetoric, he bends to pick up his partner’s stuffed toy. This is the joke: that the speech is delivered to one Rosie Watson, Dr. Watson’s infant daughter.

How much do I wish it had been Dr. Watson instead.

But this is almost always the joke in Sherlock, that we’re given the Holmesiana we want in the archest possible way. The majority of that speech is drawn from Sir Arthur Conan Doyle’s excellent “A Scandal in Bohemia,” the first of the Holmes short stories to be published in the Strand, where it’s delivered to the actual Watson. Toby, the dog that Sherlock borrows in “The Six Thatchers” to trail a suspect through London, sits on the pavement and refuses to move. Maybe that’s because he’s been taken from The Sign of Four, the novel which first introduces Mary Morstan. As is the Agra treasure, which in the show is no chest of gold but instead a memory stick containing Mary’s sordid past. After Sherlock recovers it in “The Six Thatchers,” we watch Mary flee her husband and infant daughter to finally put her past to rest. It’s a strong impulse, but delivered here in a five-minute montage of her donning disguises and fetching hidden passports only to find Sherlock Holmes having beaten her to her end point. Where the two of them have a good laugh about it. The steps we’ve followed are meaningless ones.

As the episode progresses, each character gets a chance to wink broadly at the camera. Then the Doyle stories are stuck back into the blender, and the plot hurries on.

Don’t mistake me for a purist. You can find me most evenings searching for new Holmes pastiches to read, having so exhausted the canon (Doyle’s original sixty stories and four novels) that it’s almost white noise. When I ran out of pastiches to read, I began writing them myself. My first young adult Holmes novel is called A Study in Charlotte; the characters attend a boarding school called Sherringford, which was Doyle’s original name for his Great Detective. In the BBC’s Sherlock, Sherringford is a third Holmes brother whose existence is teased at the end of “The Six Thatchers.” We all do this in adaptations: grab bits and pieces from the original to make them into a new whole. Sherlockians are generally there for your wink-wink nudge-nudge references, and there’s no lack of them in the canon. Doyle’s stories are full of cases that are referenced but never explored. (“The Adventure of the Notorious Canary-Trainer,” which has a brief call-out in this episode, is also the name of my local Sherlockian scion, and is drawn from one single line in the Doyle story “The Adventure of Black Peter.”)

Embroidery, all of it. It’s fun to be the one who knows the details, to play at being Holmes yourself when you manage to spot an obscure reference. But I don’t need Sherlock to groan under the weight of its own cleverness, chopping up timelines, frankensteining its source material together. I’d rather watch Holmes himself be brilliant. I don’t need to see him grow and make connections to other human beings, as he spent the majority of “The Six Napoleons” doing. It’s out of character.

Which is a problem that originates from the source material. Doyle’s stories stand alone; they don’t have a narrative arc. The reset button is hit at the beginning of every story. When your TV adaptation has run to four seasons, this can be an issue, particularly if you’re interested in character development. Steven Moffatt and Mark Gatiss, in the pilot for Sherlock, write a particularly callous iteration of the great detective. This Sherlock lacks the original Holmes’s impatient, cursory gentility. He has fangs. He makes terrible decisions. He has a cruel streak that was fascinating to watch, even though I never considered him my Sherlock Holmes—which, really, he didn’t need to be. I have more than 243 adaptations to choose from, not counting the version in my own head. But I confess that I was disappointed to find that, come season four, the pendulum had swung entirely in the other direction. “The Six Thatchers” finds Sherlock extending that heretofore-absent care and courtesy to nearly everyone.

Everyone, that is, except John Watson. By far the most substantive scene between the two of them is the throwaway moment where John slips out to play sudoku with Mrs. Hudson, leaving a balloon tied to his customary chair. Sherlock, taking clients, doesn’t notice his friend’s absence.

Otherwise we have very little of the two of them together. The episode focuses instead on Mary Morstan, who—spoiler alert—they’re about to kill off. I should be sad about this, I know, being a feminist who loves Sherlock Holmes. But I might have lied when I said I wasn’t a purist. There isn’t a whole lot of space for women within the framework that Doyle has created. The adaptations that have tried to make room have largely failed (though, again, maybe it’s because they’ve all been made by men. And don’t get me started on the Irene Adler problem).

Sherlock created a doe-eyed love interest for its titular detective, and while Molly Hooper is a perfectly fine character, her main function in this show has been to ensure the viewers that no, despite the Watson fixation, this Sherlock’s not gay. Their introduction of Mary Morstan felt like Sherlock’s corrective to those earlier missteps. She’s Watson’s love interest! But Sherlock adores her too! In a strictly platonic way! And she’s a spy! She ticks quite a few boxes, and she’s played by the immensely charming Amanda Abbington, and yet her insertion into the story only serves to weaken it. The decision to kill her off is a sound one, straight from Doyle (though he does so quietly off-screen), and still the amount of narrative work the show does to make us care bogs down the episode’s momentum. The crux of “The Six Thatchers” is the Sherlock and Mary mutual admiration society. It’s not as interesting as the show at its best. There’s an adaptation out there that does Mary justice while still keeping our detective and his doctor front and center—it’s Guy Ritchie’s Sherlock Holmes (which, to be fair, mishandles some other things instead). But then, there’s no one way to introduce women into an existing male universe. In A Study in Charlotte, I made Sherlock Holmes into a teenage girl, while Elementary made its Watson and Moriarty both women. Neither of these are perfect solutions, and each changes the narrative in fundamental ways. Sherlock isn’t reinventing the wheel, but then, it doesn’t intend to.

As much as it pains me to say it, the character of Mary Morstan is a detail from the original stories, as inconsequential as the color of Watson’s eyes or the place Holmes keeps his tobacco. She’s a plot point, a heterosexual credential, a woman Doyle famously included in The Sign of Four because he felt his novel needed a love story. She’s not a richly drawn character, and though Sherlock’s creators do their best, she just clutters up the narrative.

Her death in “The Six Thatchers” places Sherlock in another situation where he has to apologize to his Watson, after spending most of the season three arc doing exactly that. I can’t say I’m particularly excited for it. There are more subtle shades to be explored in a friendship between a misanthropic genius and his genial best friend, and Sherlock’s insistence on painting it in such broad strokes is doing Doyle a disservice.

Still, this show has a lot of other pleasures—excellent acting, terrific banter, Mark Gatiss chewing whatever scenery’s in reach—and of course I’ll be watching it. I’m aware that I’m the worst of all possible viewers: a fan of the source material. Even the Holmes I’ve written myself isn’t my own perfect Holmes. He exists out there in the aether, smoking by his fireplace, Watson at his side, and even Doyle’s words themselves sometimes fall short in depicting the version of him I want to see. What I do want is more of him, him and his erstwhile Watson, not the flotsam we’ve built around them in the name of fandom.

Brittany Cavallaro is the author of A Study in Charlotte and its sequel, The Last of August (HarperCollins/Katherine Tegen Books), which comes out on February 14th. You can find her on Twitter @skippingstones.

Can Science Fiction Save the Earth? 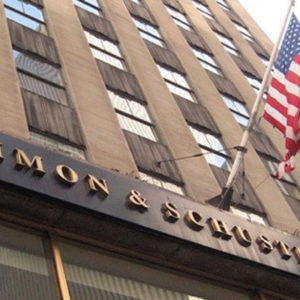 On Thursday, December 29, The Hollywood Reporter broke the news that Milo Yiannopoulos, a writer and editor at Breitbart...
© LitHub
Back to top