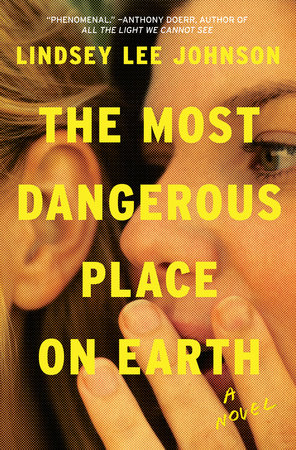 The following is from Lindsey Lee Johnson’s novel, The Most Dangerous Place on Earth. Johnson holds a master of professional writing degree from the University of Southern California and a BA in English from the University of California at Davis. She has served as a tutor and mentor at a private learning center, where her focus has been teaching writing to teenagers. Born and raised in Marin County, she now lives with her husband in Los Angeles.

The safe in the basement contained the sixteen years of birthday and Christmas money that Dave had never been allowed to spend.

Each birthday, he opened the card from his parents and the brand-new hundred-dollar bill fluttered out. He was allowed to hold it, the bill like a feather in his palm. He was allowed to examine its face: the obscure seals and numbers like an ancient code that maybe everybody knew but him; Benjamin Franklin’s odd disappointed eyes, nestled in flesh; the strange, scrawled signatures at the bottom. He was allowed to inhale the bill’s faint ink smell and press its cool cotton-linen paper to his cheek. Then he had to give it back.

“You do not need another toy,” his father would say. “Someday, there will be something worthwhile to spend this money on. You’ll see.” And his mother would take it downstairs to the safe.

Now Dave opened the door to the unfinished basement and ducked inside. He crept downstairs in the dark, breathing air gritted with dust. As he flipped on the overhead bulb, the dust settled on his white sneak­ers. This worried him briefly—when his mother came home she would see it—but he pushed on.

The dim room was piled with storage boxes, each filled with arti­facts and sealed and labeled in his mother’s elegant print. The safe sat in the corner, behind a box called DAVID Classwork & Report Cards, K–3. He pushed the box aside, cardboard scraping the concrete floor, and silky cobwebs stuck to his fingers. The safe, revealed, reflected yel­low light.

He grasped its metal dial. Recalled the numbers his mother had made him memorize when he was eight. “In case, unexpectedly, we die,” she’d explained at the time, turning the dial in the series her fin­gers had seemed to know by heart. “In this safe, we keep the deed to the house, the security passwords, the bank account numbers, keys.” The safe had swung open and she’d removed each item, displaying it like one of the Price Is Right ladies on TV. “This is my mother’s jewelry box with the diamond for when you propose,” she’d said. (Propose what? eight-year-old Dave had thought.) “This book has the phone number of our attorney, our accountant, all the important people. See this paper? These are the terms of the living trust. This is what says that everything be­longs to all of us, and that after your father and I are gone, everything will just belong to you. It helps with the taxes. Do you understand?”

Eight-year-old Dave had nodded. He’d known that he was sup­posed to pay attention to these details, to remember—diamond, living trust, taxes—but as his mother had busily arranged the contents of the safe, one phrase returned and echoed in his brain: In case unexpectedly we die. What had his mother meant by this? Were his parents going to die? When? And what was going to kill them—a sickness, an earthquake, a man with a gun? And would Dave survive this disaster if he remembered the numbers that opened the safe? If he forgot the num­bers, what then? Would he have nothing? Would he have to find some other parents to take care of him?

His mother had not finished. “David?” she’d said, jostling his arm. “Are you listening to me? Look, this is where all your money will be safe until we can trust you to do the right thing.” The manila envelope had crinkled in her hand. It was flat at the ends but bloated in the middle, like a snake that had swallowed a mouse. In black marker it was labeled DAVID. It did not look like much; Dave imagined with tender longing all the superhero figurines and soccer jerseys and vanilla ice cream cones he could have bought with all those birthdays.

He had not visited the safe in the eight years since his mother had revealed its contents, but he’d memorized the numbers. Now he clicked the wheel right to the first number, back to the second, then forward again, and so on, just as his mother had, until he felt the final click and release. The safe swung open. It was not like safes in movies. There were no thick gold bars or winking piles of coins. Only a stack of papers, five black velvet jewelry boxes, and a ring of keys. He held his breath like he was going underwater. Reached in, and shuffled the papers until he found what he was searching for. This part did feel like a movie. Blood drummed his ears. His hand shook. Over the years, the envelope’s belly had distended. Crouching in the gloom, he flipped the envelope, pried up the clasp’s metal wings, and unfolded the flap. He reached in slowly, imagining the fat black widow spider that would tiptoe up to bite him for his crimes.

But there was no spider, just the stack of bills his mother had for sixteen years collected in his name.

Slowly, carefully, he counted it.

One hundred dollars per birthday for sixteen birthdays.

Five-and ten-dollar bills, assorted, from his grandparents and from aunts and uncles he hardly remembered or hadn’t met.

In total, there was $2,525 in the envelope marked DAVID. He’d always known it, yet he couldn’t believe it. He was rich.

But he couldn’t take it all. He didn’t want to. The money scared him, the bills so vulnerable. They could be torn, they could be cut with scissors. They could fly out the window and flap away on the breeze. He could lose the money, or be seized by the sudden, irrepressible urge to find out what it smelled like when it burned. Such things—carelessness, destructiveness—were not in his nature, yet he could not trust himself. He was a teenage boy, as his parents had reminded him so many times—left to his own devices there was no way of knowing what damage he might do.

Dave exhaled. Unlicked eight hundred dollars from the stack. Seven hundred and fifty dollars was for Nick Brickston. The other fifty was half a birthday, just for him.

On May 4, a Saturday, Dave’s father woke him at 6:00 a.m. Dave threw off the covers and stumbled to the bathroom, showered and toweled off, combed his shock of hair until it shone. He brushed and flossed his teeth. He examined himself in the mirror, zooming in closer and closer until his face abstracted and his eyes were black tunnels shifting in his skin.

He dressed. Nothing special. Blue polo shirt and chinos, white-soled shoes. Then he loaded his backpack with supplies: one admission ticket, printed from the Internet; one plastic card that identified him as the one and only David Alexander Chu, Student, Valley High School; two number-2 pencils, sharpened, and one soft eraser; one graphing calculator; two extra calculator batteries, just in case; one watch with­out audible alarm; two peanut butter granola bars; one ripe banana; one canteen of filtered water. And in his front pocket, folded and tucked against his thigh, eight hundred dollars in cash.

His mother made him gluten-free toast and turkey bacon and fried three eggs sunny-side-up. “The SAT book said you’ll need lots of pro­tein to get you through,” she told him.

Dave thanked her and ate it all, cleaned his plate, although he hated how the eggs quivered and glared at him like eyes.

When it was time, his mother drove him to a high school in San Francisco. To get there, they had to cross the Golden Gate Bridge. On the span Dave conducted his silent ritual, holding his breath between one orange spire and the next and trying to imagine those final, suffocating moments in the life of Tristan Bloch.

They passed through the toll booths and merged onto Nineteenth Avenue. In the driver’s seat Dave’s mother said, “It’s too bad we have to drive all the way into the city. I still don’t understand, you couldn’t take the test at your school?”

Dave shrugged. “All the spots were taken.” The lie flowed from his mouth, so easy, surprising him.

“Too bad,” his mother echoed, and was quiet. Then she asked, “Are you nervous?”

The money in his pocket was a steadying force, a strange power. He shook his head. “I think I’m really ready,” he told her. It was the least that he could do.

The car pulled away from the curb. The school, St. Antony’s, was a massive gray building with an iron gate at its entrance and a dark, enormous cross upon its face.

Nick Brickston waited in their meeting place, around the side. “ ’Sup.”

Dave nodded back. He rustled in the backpack for his wallet, then slipped it into the pocket of his chinos. Nick had brought the school ID card he’d made, with his own smiling face next to Dave’s full name. “But my last name—won’t they know you’re not me?” Dave had asked when he first saw the fake; “Naw, man, trust me, no one wants to be the racist prick that starts that conversation,” Nick had explained. Now he handed everything to Nick—the backpack with both pencils and the calculator, the erasers, the granola bars, even the banana. He was thirsty and thought about keeping the canteen for himself, but didn’t. In the end, he gave it all.

The scores were posted early on a Friday morning three weeks later. Dave’s parents had punched the release date into their phones, so the phones trilled and beeped at them when it was time. They hurried into Dave’s room and hovered behind him as he logged on to his College Board account. His mother at one shoulder, his father at the other.

As he typed in the password, his mother said, “I cannot look.” But she did. She set her hand on his shoulder and squeezed. Assiduous, he thought. That was what his mother felt like when she did this. He knew the word was wrong but suddenly no longer cared. It was almost over. When he clicked the button, it would be done. 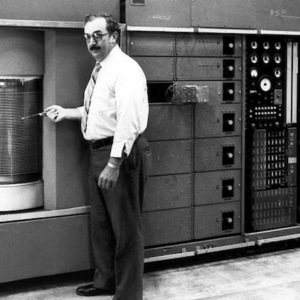