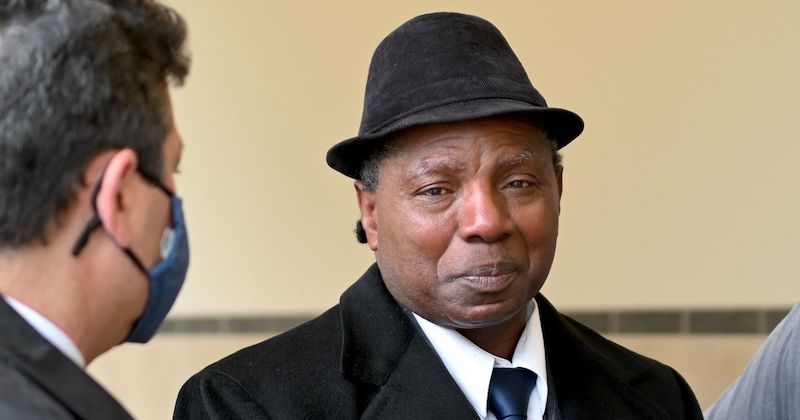 A documentary about Anthony Broadwater’s exoneration, called Unlucky, is in the works.

Yesterday, a footnote to an op-ed in the LA Times revealed that Red Badge Films is now producing a documentary about Anthony Broadwater’s conviction and then exoneration of Alice Sebold’s rape, called Unlucky. Red Badge Films is helmed by Tim Mucciante, previously the executive producer for the film adaptation of Alice Sebold’s memoir Lucky, who left the project after he read the first draft of the script and became skeptical of Broadwater’s guilt. He then hired a private investigator, leading to Broadwater’s exoneration.

Broadwater was wrongly convicted based on hair follicle evidence, which is now considered junk science, and Sebold’s identification of him in court—though she failed to identify him in a police lineup. In his op-ed, Mucciante said that during the production he sensed that parts of the memoir (which is no longer being distributed) that dealt with the trial and arrest weren’t credible—such as the detail of an ADA telling her after she failed to identify Broadwater in the lineup that the men in the lineup “really worked a number on you.” Then, when the idea was floated during production that the race of the rapist be changed from Black to white, this raised further alarm bells for Mucciante: “This change and others kept my unease with aspects of the book fresh in mind.”

Mucciante eventually left the production after trying to asking to bring in another director to the project and pointing out inconsistencies from the source text to the film script, but “while I’m not 100% certain why I felt I had to dig,” hired Dan Myers, a private investigator, to uncover the real name of the man convicted of Sebold’s rape—which was Anthony Broadwater. Myers and defense attorneys were subsequently able to overturn the conviction.

Wrote Mucciante, “Broadwater’s unfair conviction is yet another example of the racism our justice system perpetuates on people of color, especially Black people. The Lucky production, now canceled, was another way this kind of racism is monetized. Broadwater is a man who served his country as a Marine, a man who was forced to support himself and his family by doing odd jobs after his release from prison. But despite everything he has endured, he is a man who has accepted Sebold’s apology, and one who refused to give up hope on his decades-long fight to prove his innocence. I am humbled to now call him my friend.”