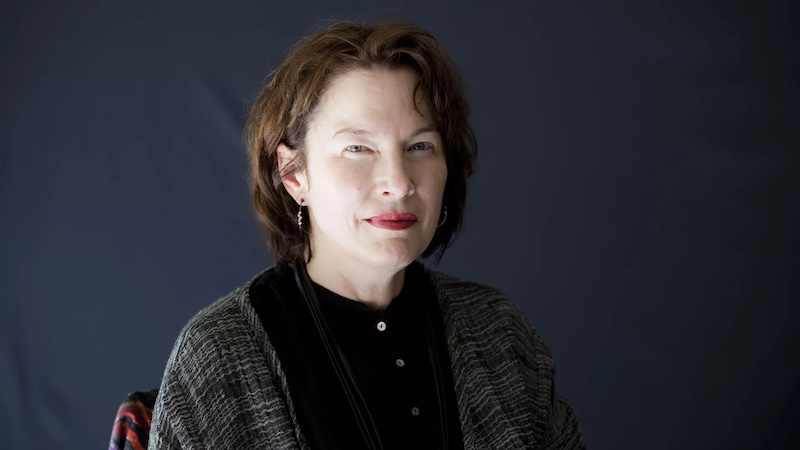 Alice Sebold has now apologized to Anthony Broadwater, and her publisher has pulled her memoir.

Alice Sebold has released an apology to Anthony Broadwater, who served 16 years in prison and spent 24 more years on the sex offender registry after being convicted of her rape in 1981. The conviction was based on Sebold identifying Broadwater in court at the behest of a prosecutor, even after identifying another man in a lineup, as well as microscopic hair analysis, a science which has now been discredited, and Broadwater was exonerated nine days ago. Said Onondaga county district attorney William Fitzpatrick at the court hearing where Broadwater’s conviction was overturned, “’I’m not going to sully this proceeding by saying, ‘I’m sorry.’ That doesn’t cut it. This never should have happened.”

The case was the subject of Sebold’s memoir Lucky, and a subsequent adaptation starring Victoria Pedretti (“You”), which has now been abandoned. Broadwater’s exoneration was set in motion by Tim Mucciante, previously an executive producer on the project, who became skeptical of Broadwater’s guilt after reading the first draft of the script, which was significantly different than the memoir. In June, Mucciante left the project and hired a private investigator, who put him in touch with the defense lawyers who eventually overturned Broadwater’s conviction.

In her apology, which her representatives sent to Broadwater before releasing to the public (and which can be read in full here), Sebold apologized for the fact that her “own misfortune resulted in . . . not only 16 years behind bars but in ways that further serve to wound and stigmatize, nearly a full life sentence.” Wrote Sebold, in part,

40 years ago, as a traumatized 18-year-old rape victim, I chose to put my faith in the American legal system. My goal in 1982 was justice — not to perpetuate injustice. And certainly not to forever, and irreparably, alter a young man’s life by the very crime that had altered mine.

I am grateful that Mr. Broadwater has finally been vindicated, but the fact remains that 40 years ago, he became another young Black man brutalized by our flawed legal system. I will forever be sorry for what was done to him.

Today, American society is starting to acknowledge and address the systemic issues in our judicial system that too often means that justice for some comes at the expense of others. Unfortunately, this was not a debate, or a conversation, or even a whisper when I reported my rape in 1981.

It has taken me these past eight days to comprehend how this could have happened. I will continue to struggle with the role that I unwittingly played within a system that sent an innocent man to jail. I will also grapple with the fact that my rapist will, in all likelihood, never be known, may have gone on to rape other women, and certainly will never serve the time in prison that Mr. Broadwater did.

Anthony Broadwater accepted Sebold’s apology, telling the Post-Standard, “It comes sincerely from her heart. She knowingly admits what happened. I accept her apology.” Broadwater then burst into tears.

“It was a big relief,” Broadwater later told the Post-Standard. “It must have taken a lot of courage to come to terms and make that apology.” Said Broadwater in a statement to the Post-Standard, “It’s still painful to me because I was wrongfully convicted, but this will help me in my process to come to peace with what happened.”

For their part, Scribner, Sebold’s publisher, has announced in a statement they are ceasing distribution of Lucky while they and Sebold “together consider how the work may be revised.” Pan Macmillan, Sebold’s UK publisher, confirmed to the Guardian they will also be pulling the title.