When Did Alice Go Down That Rabbit Hole, Anyway?

Today is April 4th, the day on which George Orwell’s 1984 famously begins—in the year 1984, of course (a year that seems rather closer than usual right now). Inspired by this literary holiday of sorts, I went out in search of other notable fictional dates—that is, specific days on which something interesting happens in literature (as opposed to actual events that are reported in novels, as background or otherwise). I’m sure there are an infinite number of these out there, but there are also an infinite number of books in which the author never pins down the events at all, rather letting them float in the reader’s imagination—an approach that certainly has its merits. But if you are an obsessive planner and list-maker (like certain people, not me, not me at all), you enjoy knowing exactly what has happened, and what will happen, and when—even if said events are made up. So without any further ado, below please find a selection of fictional events set on actual dates, for all your reading, reminiscing, and party-planning needs.

January 1, 2021 — The last human being to be born on earth is killed in a bar fight at the age of twenty-five, The Children of Men, P.D. James

January 4, 1995 — The skeleton of a woman is found in a field, only one of 112 women discovered dead in Santa Teresa and painstakingly documented in this section, 2666, Roberto Bolaño

February 11, 1910 — Ursula Todd is born for the first (and second, and tenth) time, Life After Life, Kate Atkinson

February 17, 1936 — Mary Foxe writes to St. John Fox to find out why his books don’t have author photos (“Are you particularly ugly, particularly shy, or is it simply that you transcend physical existence?”), Mr. Fox, Helen Oyeyemi

March 15 (or perhaps early on the 16th) — Lisbeth Salander gives Nils Bjurman a tattoo, The Girl with the Dragon Tattoo, Stieg Larsson

April 2, Year of the Depend Adult Undergarment — the Near Eastern Medical Attaché’s wife comes home and finds him in his recliner, unresponsive, then turns her head to see what he was looking at, Infinite Jest, David Foster Wallace

May 2, 1998 — The Battle of Hogwarts, which ends the Second Wizarding War, Harry Potter and the Deathly Hallows, J.K. Rowling

May 4 — Alice goes down the rabbit hole (this is also the real Alice’s birthday), Alice’s Adventures in Wonderland, Lewis Carroll

July 2 — Tom Buchanan takes Nick to a party and punches Myrtle in the face, The Great Gatsby, F. Scott Fitzgerald

July 20, 1866 — The steamer Governor Higginson encounters a mysterious sea creature, one of a run of such encounters, Twenty Thousand Years Under the Sea, Jules Verne

August 14, 1984 — Three children disappear in the woods of Knocknaree, In the Woods, Tana French

September 2 — The first bum of many asks “Who is John Galt?,” Hank Rearden and Dagny Taggart go on vacation, Francisco D’Anconia makes a speech, D’Anconia Copper is nationalized, but the date on the giant calendar is changed to “Brother, you asked for it!,” Atlas Shrugged, Ayn Rand (this is also the date she started writing the novel)

September 6, 1958 — The events of Billiards at Half-Past Nine, Heinrich Boll

November 2, 1938 — The events of Under the Volcano, Malcolm Lowry

November 23 — Dickie Greenleaf and Tom Ripley go to San Remo, where Tom will brain him in a boat and steal his identity, The Talented Mr. Ripley, Patricia Highsmith

December 10 — The events, one imagines, of “Tenth of December” by George Saunders 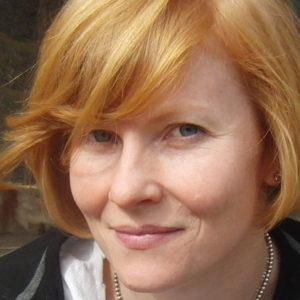 Ana Marie Cox is one of the leading political commentators of her generation—and one of the funniest. Since launching...
© LitHub
Back to top