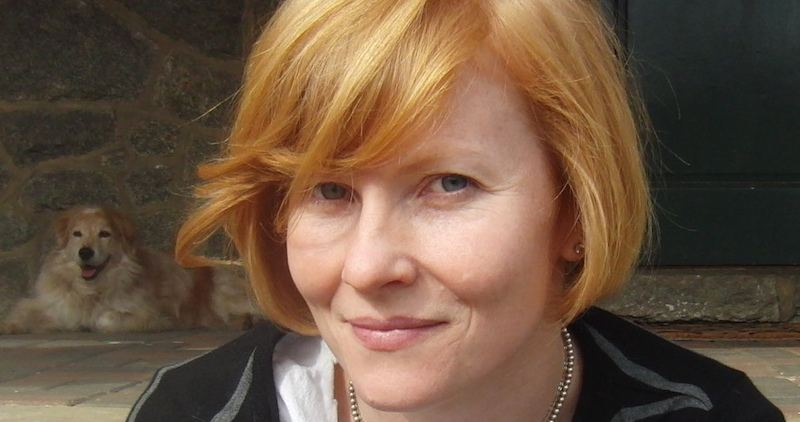 Trying to Find Meaning and a Little Understanding in 2017

Ana Marie Cox is one of the leading political commentators of her generation—and one of the funniest. Since launching the blog Wonkette in 2004, she’s written a novel—Dog Days—set in the Beltway, and numerous columns and articles for outlets including Time, GQ, and the Guardian. Currently, she has her plate full as the senior political correspondent for MTV News, as the driving force behind the New York Times Magazine‘s “Talk” interviews, and as the mastermind of Crooked Media’s new podcast, With Friends Like These. She lives in Minneapolis with her husband.

I spoke to Ana Marie ahead of her appearance at the House of SpeakEasy’s next show, The End My Friend, at Joe’s Pub in New York City this Thursday (Lit Hub readers can use the special promo code FRIENDS for discounted tickets here), about finding common ground, the coming great municipal moment, and why Ryan O’Neal should play Donald Trump.

Ana Marie Cox: Ugh. It’s less a shit-geyser, I suppose, and more a standing fetid pool of sewage we’re having to wade through. The distinction has something to do with how 2016 felt terrible and turbulent, with moments of no shit-spewing at all. This just feels like a long, slow slog.

CA: With Friends Like These is described as “a show about listening instead of arguing.” Sounds nice. Tell us more.

AMC: I started WFLT out of the same grief and frustration that everyone felt coming out of the 2016 election, but with a perspective born of my years of therapy, relatively new sobriety, even newer marriage, and my faith. All of those have helped form my conviction that trying to find “common ground” with people you strongly disagree with is pointless at best, and actually counter-productive at worst. If you enter into a debate or disagreement with the idea you’ll find “common ground,” what you’re really thinking is “find some places where this person agrees with me.” But in a lot of contexts, you just can’t assume that. And worse, if you’re focused on finding common ground, you will probably just blow by the parts of the other person’s point of view that you know you don’t agree with. To really hear someone, you have to give up thinking you have common ground and instead just try to hear where he or she is coming from.

CA: Where do you feel like you’ve got with it so far? Is there a sense in which you keep butting up against the same politico-philosophical conundrums?

AMC: I’m really happy with it so far, in part because we haven’t approached the same “politico-philosophical conundrums” in every episode. While the show is about left/right disagreements and differences, it’s also about a lot more—I’ve done shows on race and disability rights as well as ideological splits.

CA: How much evidence have you found of people of an otherwise political persuasion seeking to listen back?

AMC: Well, I have evidence of this, but it’s not from the podcast. (The structure of the show is me listening, the guest doesn’t really have a chance to “listen back,” at least not as we’ve designed it so far.) I have seen this in my family and other relationships. Humans are social creatures, and tend to respond to empathy with empathy (unless they’re total bigots, which, of course, happens): if you ask someone why they feel the way they do about an issue, you’ll be surprised how often the question gets reflected back at you.

CA: Who has written most persuasively about the underlying causes of the current political climate, both here and abroad?

AMC: I’m rusty on “abroad.” But as for these shores… My colleagues at MTV News are hitting it out of the fucking park. Doreen St. Félix, Ezekiel Kweku, Jane Coaston, Jaime Fuller, Brian Phillips, Kaleb Horton and Jamil Smith: read them all, you will not regret it. Outside the corporate family, I rely on the FiveThirtyEight crew for their valuable sifting of demographic and voting data, and Vox/Upshot for similar data-driven stuff. Jason Linkins at the Huffington Post is hilarious and insightful about the goings-on in DC specifically. Jamelle Bouie at Slate has given a lot of bracing clarity to the conversations about white supremacy and this president. Michelle Goldberg has covered gender really well.

CA: Separately but relatedly, in a post-fact world, whither journalism?

AMC: Tl;da (too long, didn’t answer.) Shortest possible answer: Well, whatever it means, you have to keep producing journalism in the meantime.

CA: Tell me about mayors. You’ve interviewed a few of them recently (Betsy Hodges, Minneapolis; Marty Walsh, Boston; Pete Buttigieg, South Bend). What have you learned? Are we approaching some great municipal moment?

AMC: Yes, I think we are. The Resistance is going to have to be local, and there’s a lot of hope and strength to be found in the blue islands that dot the vast red middle of our country. If you look at where the satellite women’s marches happened, that’s a good guide to where pockets of people are working at the local level to fight back on other issues as well, often led by their mayor. On a purely procedural level, cities still have some say in how they are governed! Cities can pass non-discrimination ordinances, for instance, and cities can vote to fund the kinds of programs Trump wants to starve (it’s harder without matching funds, but they can offer some support). Cities are where people learn to thrive in diversity, too. I love small towns and the heartland, but the rest of America could learn a lot from our cities.

CA: In your view, what’s the current temperature of the anti-Trump movement?

AMC: I think the Gorsuch vote will be dispiriting for many, if I’m very honest with myself. There’s simply not a lot progressives can do about that Supreme Court appointment. On the other hand, it doesn’t seem like people have lost their capacity to be energized and enraged by Trump’s antics. I think the upcoming science march and Tax Day protests will be places for people to channel that energy in the near term.

CA: You have the Hollywood All-Stars lined up to audition: how do you cast the new administration in the movie version?

AMC: I like Alec Baldwin’s Trump a lot but I wonder if Gary Busey might do it? He actually looks like a really roughed up and bloated Ryan O’Neal, so that’s another possibility.

CA: Finally, who, in world literature, would be best placed to chronicle the Trump Administration?

AMC: I miss David Carr so goddamn fucking much for this exact reason.

Ana Marie Cox appears alongside Tony Tulathimutte, Travon Free, and Brenda Shaughnessy in the House of SpeakEasy’s The End My Friend at Joe’s Pub in New York City on April 6, 2017. LitHub readers can use the special promo code FRIENDS for discounted tickets available for purchase here. 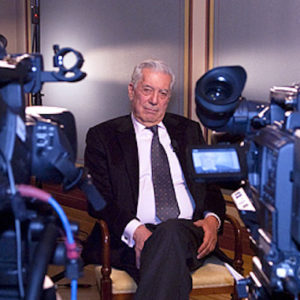 This essay originally appears in Freeman's: Home. I have told this story many times since the events took place. As with...
© LitHub
Back to top