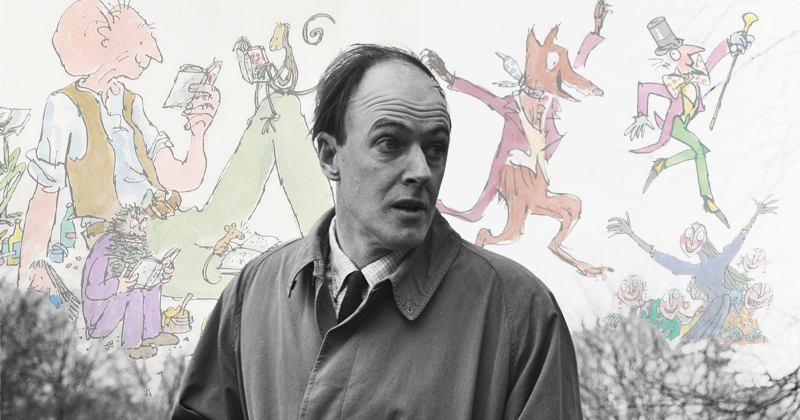 30 years after his death, Roald Dahl’s family has apologized for his anti-Semitism.

Roald Dahl’s family and the Roald Dahl Story Company have released a short statement apologizing for the “lasting and understandable hurt” caused by Dahl’s “prejudiced remarks.” Dahl, who died in 1990, was of course a beloved author of children’s books like Matilda and Charlie and the Chocolate Factory and The Witches but was also (in)famously anti-Semitic (not to mention a total prick).

A new biopic about Dahl’s relationship with his wife, Patricia Neal, and the 1962 death of their daughter, Olivia, is coming set to be released by Sky Cinema in February 2021. Hugh Bonneville plays Dahl, and you all know my feelings about that.

The statement was released on the Roald Dahl website with apparently little fanfare—it was discovered over the weekend by The Sunday Times, though it’s not clear how long it has been there. In order to get to it, you must first pass the popup that always greets you on Roald Dahl dot com  by identifying yourself as a Teacher, Kid, or Grown-up, which is somewhat funnier than usual in this case. Here’s the statement in full:

The Dahl family and the Roald Dahl Story Company deeply apologise for the lasting and understandable hurt caused by some of Roald Dahl’s statements. Those prejudiced remarks are incomprehensible to us and stand in marked contrast to the man we knew and to the values at the heart of Roald Dahl’s stories, which have positively impacted young people for generations. We hope that, just as he did at his best, at his absolute worst, Roald Dahl can help remind us of the lasting impact of words.

“Apologizing for the words of a much-loved grandparent is a challenging thing to do, but made more difficult when the words are so hurtful to an entire community,” the Roald Dahl Story Company told The New York Times when asked for further comment on Sunday. “These comments do not reflect what we see in his work—a desire for the acceptance of everyone equally—and were entirely unacceptable. We are truly sorry.”