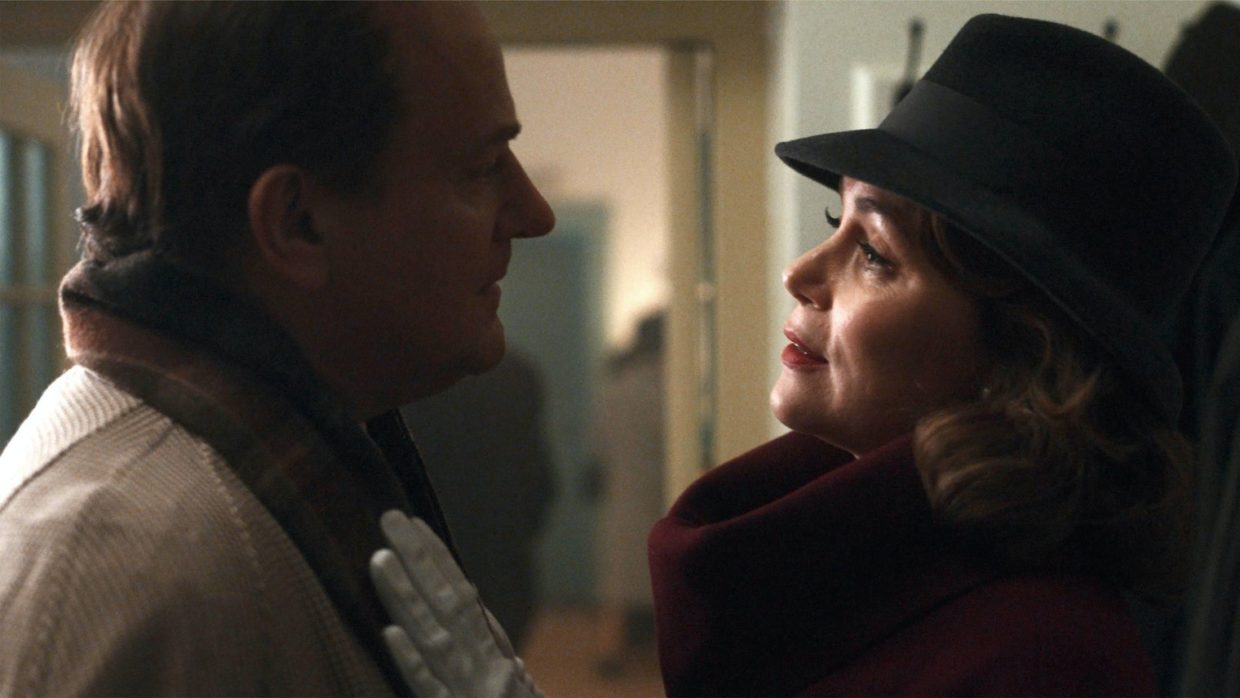 Today, Sky UK shared a first look photo from a new biopic about Roald Dahl, his wife Patricia Neal, and the death of their daughter, Olivia, in 1962. To Olivia stars Hugh Bonneville as Dahl and Keeley Hawes as Neal, and is apparently “heartwarming.” Which would all be fine, except that I can’t believe anyone expects me to buy Hugh Bonneville as Roald Dahl.

Look, for all the twisted fun that Roald Dahl has brought to the world with his books for children, he was a total jerk. Not to mention probably racist and definitely anti-semitic. (“There is a trait in the Jewish character that does provoke animosity”, he said. “I mean, there’s always a reason why anti-anything crops up anywhere; even a stinker like Hitler didn’t just pick on them for no reason.”) The movie is largely about his relationship with Patricia Neal, who called him “Roald the Rotten,” maybe because he cheated on her for many years with one of her friends, an affair that ultimately ended their marriage.

And then you have Hugh Bonneville. Pleasant, charming, yummy Hugh Bonneville. For me, he’s primarily the Earl of Grantham, low-key sexy dad in tails. If you were born in the 80s, he’s also the hapless Bernie in Notting Hill. And more recently, he’s Paddington Bear’s dad, for crying out loud. I mean, I haven’t seen those films myself, but I have heard it to be true.

In summary, Hugh Bonneville is adorable. Roald Dahl was despicable and looked like Mr. Burns. Mixed with an Egghead. I will not accept this besmirching of Hugh. End of Blog.