Yesterday, Granta released their once-a-decade list of the “most exciting American novelists under the age of forty.” There are plenty of deserving names on the list—Ben Lerner! Ottessa Moshfegh! Dinaw Mengestu!—but also plenty of deserving names left off. As, of course, they must be. Lists are finite, after all. But knowing that didn’t stop me from immediately making a list of my own as soon as I saw the press release, so please find below ten more of the best young American novelists working today. Necessarily, this list is still missing some—perhaps many—worthy young novelists. Note that I’ve veered more current than not—so novelists like Téa Obreht and Justin Torres, for instance, who are fantastic writers that haven’t published a book in a while, don’t appear. But know that I’m thinking about them. So, check out these ten novelists that probably should have made Granta‘s list, and add your own nominations in the comments if you see fit.

Garth Greenwell
Seriously, what is the deal with Garth Greenwell getting left off all of these lists? Unless I am mistaken, he is 39. I know I’m not the only person who thought What Belongs to You was the best book I’d read in years. Sure, he’s a poet at heart—but so is Ben Lerner. Psst: that’s probably why their novels are so good.

Read an interview with Garth Greenwell.

Jesmyn Ward
Ward is 40, but I’m considering the “under 40” label to be inclusive. If it’s not meant to be, oh well! This is my list, now. Ward won the National Book Award in 2011 for Salvage the Bones, and her forthcoming Sing, Unburied, Sing is a true knockout of Southern mysticism. I predict we’ll all be reading her for many years to come.

Read Jesmyn Ward’s introduction to The Fire This Time.

Read an interview with Tony Tulathimutte.

Amelia Gray
Gray has long been one of my favorites—her writing is weird and wild and changes the world around you, which is pretty much all I want from a book. Threats is fantastic, but it’s her forthcoming novel, Isadora, that really cements her as one of the best young American novelists working today. It’s a deep-dive into the mind of Isadora Duncan that unpeels just how strange beauty can be, and, of course, vice versa.

Read an excerpt from Isadora.

Katie Kitamura
Journalist, art critic, scholar, one-time ballerina, and fantastic novelist, Katie Kitamura is a visionary. Her most recent novel, A Separation, is a poised literary thriller on the outside and a investigation of interiority and the faulty narratives we assign to the world on the inside.

Read an interview with Katie Kitamura.

Idra Novey
Novey is an accomplished translator (recently Clarice Lispector’s The Pas­sion Accord­ing to G.H.) and poet (Exit, Civilian, The Next Country) so it’s no surprise that her debut novel, 2016’s Ways to Disappear, is so good. It begins with a famous Brazilian novelist disappearing into a tree, and, after her American translator goes looking for her, ends in bloodshed.

Read an excerpt from Ways to Disappear.

Elif Batuman
The Whiting Award-winning Batuman has long been one of my favorite critics and journalists—she has been a staff writer at The New Yorker since 2010—but her brand-new The Idiot launches her into the category of favorite novelists as well. Everyone has an opinion about this book, but the fact that it’s so divisive is only an indication of how important and compelling it is.

Read a profile of Elif Batuman.

Kaitlyn Greenidge
Another recipient of the Whiting Award, Greenidge blew everyone away with last year’s We Love You, Charlie Freeman, in which a black family moves to a racist white community to (experimentally) raise a chimpanzee as one of their own—something that soon becomes problematic on a number of levels. In addition to her fiction, Greenidge is quickly becoming an essential voice in the landscape of cultural critique—I hope to hear more from her.

Read an excerpt from We Love You, Charlie Freeman.

Paul Yoon
Yoon’s first novel, Snow Hunters—a slim book that I want to call both luminous and bleak (and so I will)—won the 2014 Young Lions Fiction Award, and he is a recipient of a 5 under 35 Award from the National Book Foundation. I’m very much looking forward to his new collection, The Mountain, coming to bookstores this summer.

Read an excerpt from Snow Hunters.

Celeste Ng
Ng is not only a great literary citizen (and a great citizen—one of those people consistently detoxifying Twitter) but a great writer. Her first novel, Everything I Never Told You, is a complex literary thriller about a family’s loss in 1970s Ohio—her follow-up, Little Fires Everywhere, is finally coming out this fall.

Read an excerpt from Everything I Never Told You.

In the Age of Trump, Reclaiming the Golem as a Symbol of Jewish Resistance 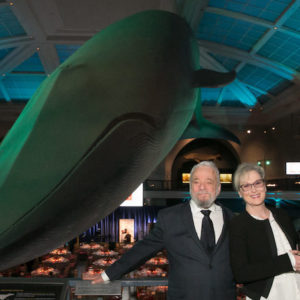 The PEN America Annual Literary Gala is one of the fanciest of galas, taking place at the Museum of Natural History and getting...
© LitHub
Back to top