Marlon James, Neil Gaiman, Kelly Link and More on The Best Show of All Time

Twenty years ago today, the first episode of Buffy the Vampire Slayer aired on the WB. Since then, it has entertained, inspired, and terrified millions of viewers—including lots of writers. Buffy is famous for its witty repartee and irreverent, self-aware portrayal of high school and monsters, but also for how widely and deeply it is studied. (I myself taught Buffy in a college class, because it’s brilliant, and because I figured the best way to get my students to love me was to assign television for homework in the first week.) It’s fair to say that a lot of very smart people love Buffy, and that group extends past critics and academics to more than a few literary authors. Below, a selection of writers who have talked about their love—undying or otherwise—for Buffy, Joss Whedon’s storytelling chops, and how the show influenced them as writers.

“My film snob friends hate when in any their given flights of utter film snobbery I point out that TV had been whipping celluloid’s ass for years, at least from 1995-2005. And while they get testy enough when I deploy my argument, they are outraged when I present my evidence. That would be one TV show in particular, the only show I can remember that often left me breathless and in wonder, or put another way, the only show that without fail had at least once instant each episode that had me saying I wish I wrote that. Not The Sopranos, or Six Feet Under, or Law and Order, or even The West Wing, but Buffy the Vampire Slayer. By Joss Whedon.

Joss Whedon. I’m still trying to figure out how he does it. While misguided telesnobs who gushed at mopeshows like Felicity or watched The West Wing because it made them feel intelligent for watching it, snickered at a show named Buffy, I was witness to the finest tale spinner in America do his work. I initially resisted the show myself; half remembering the vapid movie it came from, but gave it a chance because, like everybody else who watched the WB, I loved watching pretty people go through all kinds of distress. I even stayed around as the show floundered a bit until it hit upon its breathless stride (that would be the third season, people).

There’s nothing I can say about Buffy The Vampire Slayer that Time Magazine hasn’t said already, except that I’m sure that its mix of fun and fright, camp and tragedy, butt kicking fun and overwhelming sadness, probably affected each fan in its own individual way. Add to that an overall dread that was damn near existential for what many still dismissed as a filmed comic.”

“Buffy the Vampire Slayer rocked our world, and it remains one of the all-time greatest TV shows. The story of a fated vampire-hunter who tries to live a normal life in high school, Buffy still has few worthy successors. And it has so much to teach us about good writing.

I came to Buffy after it had already been on the air for a few years, and ended up watching the first few seasons in basic cable reruns (and borrowed DVDs) while also becoming totally addicted to the show in realtime. It was fascinating to be mainlining seasons one and two while watching season five unspool—the show had changed so much in the intervening years, and yet a lot of the themes and character arcs still resonated.

And when I was struggling to pull my witch-and-scientist novel All the Birds in the Sky into shape, I kept coming back to Buffy as a key reference point—here are 10 reasons why.”

“I love Buffy. It’s the last TV that I cleared my schedule for, and met up with a group of fellow fans to watch it when it aired. The things they did on that show—the relationships, the music, Buffy’s mom—blew the doors off what I thought was possible onscreen. And when I tried to think about where The Magicians show would sit in popular culture, Buffy was always where I ended up—which isn’t necessarily what networks want to hear, because Buffy never got the ratings it deserved, but really where else would you want to be? I don’t know if The Magicians deserves to be mentioned in the same breath as Buffy, but Buffy is definitely one of the things that made The Magicians possible.

Fun fact: I have met Joss Whedon three or four times, counting phone conversations, and I have completely and totally choked every time. My brain shuts down. I don’t get starstruck much anymore, but Whedon I just cannot handle.”

“The story “Magic for Beginners” was based on the experience of watching Buffy the Vampire Slayer. I moved from Somerville, MA to Brooklyn to Northampton, MA during the seven years Buffy was on, and the one thing all of the places I lived had in common, besides too many books, was a room with a television where we got together with various friends to watch new episodes and then dissect, praise, complain, rewrite and rewatch. It was an enormously social experience, and it’s not one I’ve had since Buffy ended. I wanted to write something that would capture the way it feels to be a fan and a member of a fandom.

On the other hand, the [story’s] television show itself, The Library, was my attempt to write all the things that would be–if not impossible, then at least costly and impractical–to do in an actual television show. Like having different actors take over key roles in each episode, and putting in elaborate settings and all manner of special effects.

Speaking as a slush reader, there’s nothing worse than a piece of fiction that reads like a transcript of an episode of a television show, and so, in self-defense I started to wonder what could be done in fiction with a television show that you couldn’t actually do using a camera, a script and a bunch of actors.”

“I think the big thing to point out to people [trying to write ‘Strong Female Characters’] is, you know, possibly they should go and hang around with some women. And also, it’s worth pointing out that people, unfortunately, misunderstand the phrase ‘strong women.’ The glory of Buffy is it was filled with strong women. Only one of those strong women had supernatural strength and an awful lot of sharpened stakes. And people sort of go ‘Well yes, of course Buffy was a strong woman. She could kick her way through a door.’ And you go ‘No, well that’s not actually what makes her a strong woman! You’re missing the point.’”

“It’s 2003. I’m out of grad school and teaching my own classes for the very first time.

I’ve made contact with a big-name New York literary agent. He’s read my book and thinks it has potential. He says I’m a good writer, but my book has structural problems. There are plot issues. Am I willing to revise?

I am. But I have no idea where to start. I read a book called Writing the Blockbuster Novel and it makes no sense at all to me. I re-read my novel and realize I don’t have the slightest fucking idea what I’m doing.

Fall semester ends, and the university tells me enrollment is down. Quick as that I’m unemployed.

So I go out and buy my very first home theater system. Bose speakers. Subwoofer. I fill up the credit card, figuring that if I’m going to be unemployed, I might as well enjoy my free time. Besides, it’s not like I’m going to be able to get any writing done….

The first thing I watch is the second season of Buffy.

It opens a window in my head. It changes the way I think about stories.”

“The reason I’m quite kind of mean about [fanboy] stuff and some of those tendencies, is because I share them…I totally get it. I was very into Buffy the Vampire Slayer for a long time. It was like the last show that I got really addicted to. And I realized about two-thirds of the way into the run—I mean there’s a lot of great things about Buffy, I’m not here to diss Buffy—but I realized that a huge part of my kind of compulsive desire to watch it was not that I was following the story, but that I wanted to live in Sunnydale. I was trying to move there. And I thought that’s really fucked up…”

“I think violence never happens in a vacuum, or for one reason.

If you think a video game made your child violent all by itself, chances are you already don’t talk to your kids, or respect them, or listen to their problems. All of which would teach them to use the game as a healthy outlet for pentup aggression instead of as a learning tool.

I remember wondering why I watched Buffy so much. This was during the Bush administration. I was home, depressed, watching Buffy on writing breaks. And I thought “How great would it be if monsters were so visible in real life? And so easily defeated?” And then I knew, I was getting a need met for a different kind of Justice from watching Buffy kill vampires.”

Susanna Clarke (on her favorite writers):

“Joss Whedon and other assorted writers of Buffy the Vampire Slayer. Not perfect. The plots often creak. But the dialogue is wonderful and the characterization is as almost as good. Apparently Joss Whedon starts from emotion. He asks what emotion does the viewer need to feel? and what emotion does the character need to feel? These are very good questions for any writer in writing any fiction. Get that right and your readers/viewers will want to keep reading/watching.”

Rainbow Rowell (on a list of the most satisfying love stories ever):

“Best romantic hero? Spike. Best character of all time ever-ever-ever? Spike. (Yes, you in the back, I hear you shouting “Angel,” but I’m ignoring you. Because you seem like a nice person, and I don’t want to shout at you. HOW COULD ONE HUMAN BEING BE SO WRONG?!??)

It always bothers me in love stories when characters fall in love for completely surface reasons. (“My dog loves him!”) I want to see characters tear each other open too see if their hearts beat in time. I want to see them together. That’s the voyeuristic thrill of loving love stories. Seeing them find each other, learn each other, sleep together, wake up together, patrol the cemetery at night, side by side.

Buffy and Angel loved each other from afar; they whimpered in each other’s general direction. But Buffy and Spike happened onscreen. Team Spike 4EVA.”

Joshua Mohr: The Time I Robbed a Liquor Store 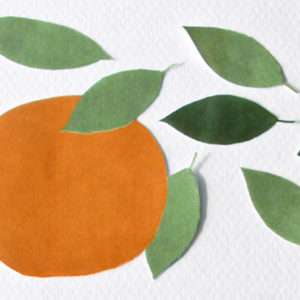 In the 30 Books in 30 Days series leading up to the March 16 announcement of the 2016 National Book Critics Circle Award...
© LitHub
Back to top