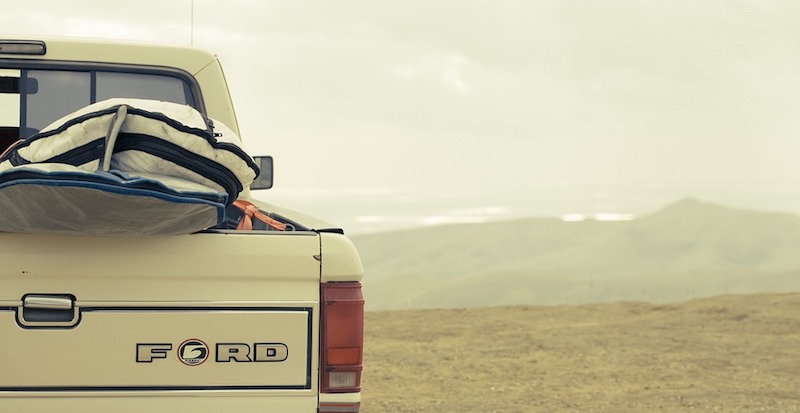 Joshua Mohr: The Time I Robbed a Liquor Store

On Confession, Guilt, and the Impossibility of Absolution

It was an alibi that seemed rock solid right up until the cops pulled in behind us, putting an end to our adrenaline-fueled euphoria.

I couldn’t out gas them, not in my old truck. Pulled to the shoulder and two police officers walked up, one on either side of the vehicle, their cruiser lights still flashing and a spotlight right on me in the driver’s seat.

My girl squirmed and asked, “Are we going to jail, Josh?”

One cop nearing my window.

The other behind the truck, hand on holster.

All of this was so fragile, so stupid. A sandy blanket? A guitar? A night picnic? The worst alibi ever.

Especially considering what was stuffed under my seat: baggy black clothes from the robbery, a broken gun. We’d kept it all like hoarders and they’d search the truck and find everything and send us to the penitentiary.

Me rolling the window down.

The cop was right there.

“This truck matches the description of one used in an armed robbery,” he said.

I’ve devised a simple story, dividing my life between the bad and the good, the past and the present. I used to be a drug addict, used to freebase bad ideas, but now I’m rehabilitated, a family man, a boring dad, a model citizen.

That narrative is easy and comforting. That narrative seeks to pardon mistakes. But do our mistakes really deserve mercy? Can something as simple as time erode the severity of our indiscretions?

When I was nineteen-years old, I tried to rob a liquor store. And I was completely sober, hadn’t had a drop to drink that night, hadn’t popped a pill or snorted courage.

I was clear headed when I charged into the store with a busted gun.

It’s the worst thing I’ve ever done, and I can’t blame booze or drugs.

And this simple story won’t clear my name.

The cops were at the window, talking, saying things. Their mouths moved. Mine didn’t. Mine couldn’t. This was the end.

Thing was, we didn’t need the money. I’m not sure if that makes it better or worse (my gut says worse), but we weren’t operating under any imperative. We were just stupid. We were just mean, thoughtless, disgusting.

So we didn’t need the money and we were sober, and the baggy black clothes and the broken gun were stuffed under my seat.

“Where are you coming from?”

The cop took his flashlight and aimed it at May. I had her dress nice and sexy underneath her baggy black clothes from the robbery, unrecognizable from the description called out over the police radio.

The cop took the flashlight and inspected the back of the truck, the blanket, the guitar.

“Hold on,” he said, and walked back to the cruiser.

When I was still drinking, I’d tell this story to barflies in sad saloons and see awe on their faces like suds on draft beer.  They’d lean in for all the gross details.

I’m wondering about you.

Are you leaning in to hear more?

It was that simple, that clean—a lark, a line pulled tight around our consciences, severing the air flow, two stupid humans making a huge decision—the sort of moment that could change a life—leaving us in county jail to stew on who we’d become, a future with a noose around its neck… But why should we care? Who was worth anything? What in our world had trained us to be anything except disaster parasites? Where were our families to feed these malnourished hearts? This world, this species bent on violence. Deaths Molestation. Fists. The ache of remembering it all. The army of tomorrows that made us so fucking mad and careless and cruel.

I park my truck in front of the liquor store and we pull stockings over our heads and I run into the store. May waits by the front door. I have a broken gun but never even raise it. The woman behind the counter sees me and takes off running toward the store’s back and the door closes between us and I’m standing there with the broken gun. There’s a gurgle from a suffocating conscience, its gruff voice saying, “What are you doing, Josh, Jesus, stop ruining your life?!” I take off to the front door, slide in the driver’s seat and May’s next to me and we peel off our stockings and black clothes, jam them under the seat and I drive and try not to speed and try not to cry and feel a macerated hate collecting inside of me.

When the cop came back to my window, he was in a hurry. “Okay,” he said.

But he was already walking away.

The cop car sped off, lights on, maybe hunting down another rusty late 80s pickup.

May and I smiled at each other and went back to my place, some disgusting punk house out in the avenues. I remember there was a party roaring when we got there, the rooms filled with smoke and trampling music and people I barely knew. I hugged everyone. I loved them all. I can’t possibly make you understand how lucky and free I felt that night, and so I celebrated by bear-hugging every stinky punk I could get my arms around.

I once told the liquor store robbery story to my friend Jim, who looked at me and scoffed when I told him the cops let us go.

This essay is my confession, and here’s what I’m hoping for: I want you to judge me, yell at me, never talk to me. I want you to take your pound of flesh.

The great tragedy in all this is that these are only words—you’ll forget them—or you won’t care—maybe you will for an hour or so but your curiosity—and then your contempt—will crest, recede.

You’re busy with your own past, preoccupied with what you’ve screwed up, squandered, with what weighs on your conscience. And that’s not to mention your present, the job and the boss and the family and the friends and the letdowns and the malaise and the unfairnesses and the unrequited passions and the regret.

Time is the only statute of limitations that matters.

When I was in rehab, a man changed my life in one swift moment. It was a pretty fancy rehab shop, and every morning we got acupuncture to help with withdrawal. He put pins in all our ears and we sat in the dark, in a huge circle, and he’d do a sort of guided meditation for us, one flush with the real drug we needed: tough love.

One morning, he told us, point blank, that nobody cared about sob stories. He told us we were the only people who cared about our histories, the abuses. And if you’re the only one who cares, he challenged us, why are you letting the past control you?

Maybe this sounds obvious to you, but I had a tarnished catharsis in that dark room. There I was in the throes of withdrawal, pins sticking out of my ears, and I could finally stop the past from crawling all over me like lice, laying eggs, colonizing.

And it worked for almost every one of my harrowing and selfish and dangerous antics. It worked for everything except this memory. The robbery.

I pointed a gun at another human being. Sure, it was broken, but that doesn’t matter. I made her fear for her life.

And maybe that’s how it works. The strongest parasite survives, feeds on you so long that you become one. I’ll never strip off those baggy black clothes. I’ll never put down the broken gun.

Let it be like an extra limb I lug forever.

Joshua Mohr is the author of five novels, including his latest, All This Life, recently published by Counterpoint/Soft Skull. He lives in San Francisco and teaches in the MFA program at the University of San Francisco.

When My Father Wasn't Driving Trucks, He Was Reading 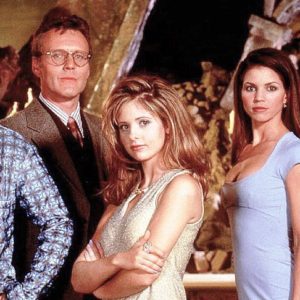 Twenty years ago today, the first episode of Buffy the Vampire Slayer aired on the WB. Since then, it has entertained, inspired,...
© LitHub
Back to top