This week on Just the Right Book with Roxanne Coady, Zain Asher joins Roxanne to discuss her book, Where the Children Take Us: How One Family Achieved the Unimaginable.

Zain Asher: We all dealt with racism, you know, living in London. This would be in the early nineties. My mother certainly dealt with a lot of racism. And, you know, what racism does is it makes you feel less than. You feel inferior and you sort of believe that. Because I’m black people see me this way, and that means that I can’t achieve X, Y and Z. So my mother went to extraordinary lengths to try to erase that and to try to upend our perception of what it meant to be black.

There is a saying that the only thing that can hold a person back in life is the perception that they have of themselves. And so, you know, my mother really changed that perception by finding all these articles of black success stories from key British newspapers. It was things like poets, writers, even people in entertainment, anyone who had done something extraordinary.

Anyone who had somehow achieved something just quite remarkable in terms of their career. And she would cut out these articles and she would plaster them to awards. And she also had a binder as well that she would flip through in the evenings and she would show us no. And it meant that we would come home and we would be bombarded with images of people who look like us, who were doing extraordinary things with their lives.

And, you know, even though she focused on black success, because obviously we are black, I think that in a way, this can apply to everyone because every child, regardless of your race, every child will have a tape that plays in their head about what they can and can’t achieve and why. And because your children’s thoughts are not printed on their full head, it can be quite difficult as a mother to know what tape is playing in your child’s head.

Zain Ejiofor Asher was born to first-generation Nigerian parents in South London. She was raised by her mother after losing her father in a tragic car accident when she was just 5. A graduate of Oxford University and Columbia University, she is currently the anchor of One World with Zain Asher on CNN International. Ejiofor Asher’s brothers are Oscar-nominated actor Chiwetel Ejiofor, successful entrepreneur Obinze. Her sister Kandibe is a medical doctor. She is passionate about her family, career, and being of service. She lives in New York City with her husband and two sons. 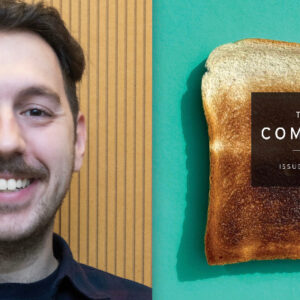