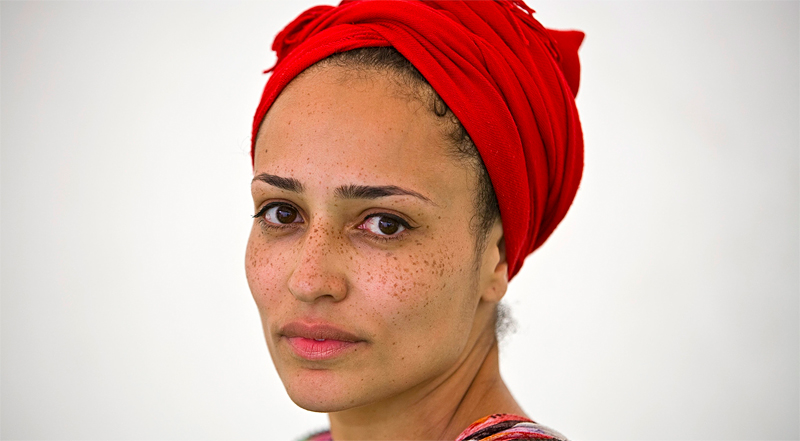 Lauren Bufferd Speaks With the Author of Swing Time

This article was originally published in the December 2016 issue of BookPage.

When people talk about multicultural fiction, Zadie Smith’s name is usually first up. The British author burst onto the scene at the tender age of 24 with the brilliant novel White Teeth, a multigenerational story of two London families—one Bengali, one British and Jamaican. In three novels and countless essays since, Smith has explored identity, race, gender and class, and has proven herself  one of the most readable and thought-provoking writers of her generation.

In Smith’s sophisticated and ambitious new page-turner, Swing Time, an unnamed narrator tries to make sense of her life and choices after being fired from her job as a personal assistant to a world-famous pop star, seeking answers in memories of a pivotal childhood friendship gone awry.

“When I talk to women, childhood friendships are dominant in their minds and their imaginations. I didn’t have such a friend myself and I don’t have a sister, so part of this is curiosity . . . it is a part of life I missed out on,” Smith explains during a call to her Greenwich Village apartment, where she and her family—husband and fellow writer Nick Laird and their two children—live during the school year.

The narrator meets Tracey at dance school in the early 1980s. Both girls are biracial, both are keen on dance, and both are brought to class by their mothers. Tracey’s sassy white mother is content with vicariously living through her gifted daughter, while the narrator’s intellectual Jamaican mother betters herself with books and night classes. The girls supplement their classes by learning dance steps from music videos and VHS copies of old musicals. Smith, who admits to a “love-hate relationship with musicals,” says with a chuckle, “The passions in this book are definitely autobiographical.”

Tracey is the more dominant of the two, and through the ups and downs of their relationship, the narrator remains enthralled by Tracey’s physical grace and unshakable self-confidence, things she herself lacks. Yet as the girls grow older, they drift apart. Tracey attends a dance high school and books chorus roles in West End musicals, while the narrator goes to university and becomes a personal assistant to Aimee, an Australian pop star (think Madonna meets Angelina Jolie) whose celebrity and wealth extends to various do-gooder projects in an unnamed West African country.

The title Swing Time refers to the 1936 Fred Astaire and Ginger Rogers movie, a favorite of the narrator’s. But it also refers to the rhythms of the novel itself, where the action swings from London to New York to the African village where Aimee hopes to build a school for girls, and across the narrator’s relationships with Tracey, her mother and her employer, each echoing the complex power dynamic of the one before.

Swing Time is Smith’s first book to be narrated in the first person. “I didn’t really understand the first-person form, but I was curious about it,” says Smith. “It’s really a new way of looking at other people.”

“People want to control how they are perceived,” Smith continues, growing passionate as she makes her point. “On Facebook or Instagram, you show others what you want them to see. My experience, though, is there is a lot more going on in the interior. You find out who you are by the things that you do, and it’s not always a pleasant discovery.”

Swing Time also features a change of tone from Smith’s previous work. “It’s as if all black life were squished into one story,” she says, explaining the novel’s almost parable-like feel. “I wanted it to be open that way, to feel very specific but almost as if when you were reading it, you could convince yourself that you were that person, that these things happened to you, that you too were having these childhood memories.”

In adulthood, Tracey’s wasted potential leads her to become increasingly paranoid and interested in conspiracy theories, a plot thread that was inspired by Smith’s volunteer work at a London homeless shelter. She found many of the people she encountered there to “be very intelligent, very knowledgeable, but what can happen to smart people when their minds aren’t formally trained is that the mind goes elsewhere,” Smith says.

“Almost every conversation I had would end up [being] about conspiracies, the illuminati. Instead of dismissing it, I wanted to know what it was about that concept that was so engaging. Novels are not about showing how people are wrong or right—novels are about trying to swim in a certain mental climate and depict and understand it.”

Smith’s writing has often sought to bring this sort of understanding to characters whose backgrounds are far from her own, such as Alex-Li Tandem in The Autograph Man, Howard Belsey in On Beauty and the African villagers in Swing Time. She is aware that doing so is a risk—one that can carry a cost.

“The first time I read from White Teeth, a man came up to me with a letter from ‘The Bengali People’ and it was a long list of things I’d got wrong in the novel,” she says. “I’m sure there were many, many things. But I just don’t believe there is a kind of expertise in a people. There are costs, no doubt. But I’m hoping the gain is there as well.”

The gain is certainly there for the reader. Like Smith’s earlier novels, Swing Time is rich with ideas. Her intellectual fearlessness keeps the story moving forward, even as the novel jumps back and forth in time. A deeply literary story of friendship and identity, Swing Time is the satisfying work of a seasoned author.

Lauren Buffered is a writer (and reader) and manages the Parthenon Museum in Nashville. 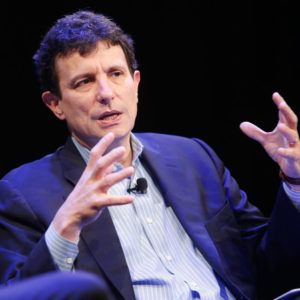 Yesterday afternoon, David Remnick, the man swiftly emerging as our nation's moral center, did an AMA (that's Ask Me Anything,...
© LitHub
Back to top