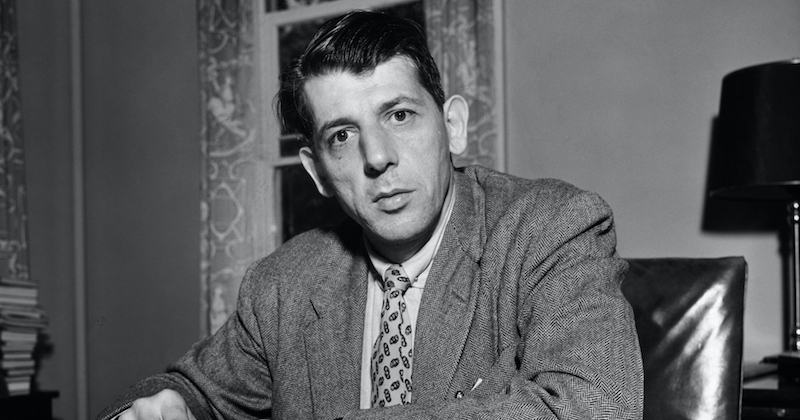 Yesterday in 1986 we lost John Ciardi, a literary Renaissance man—poet, educator, Dante translator, Saturday Review editor, television host, and, as a late-career pivot, radio personality. During the last decade of his life, Ciardi delivered monologues on the etymologies of words on National Public Radio’s Morning Edition, some of which are still available for listening: you can hear Ciardi talk about the etymology of “Great Scott!” here and the etymology of “jimmies” here.