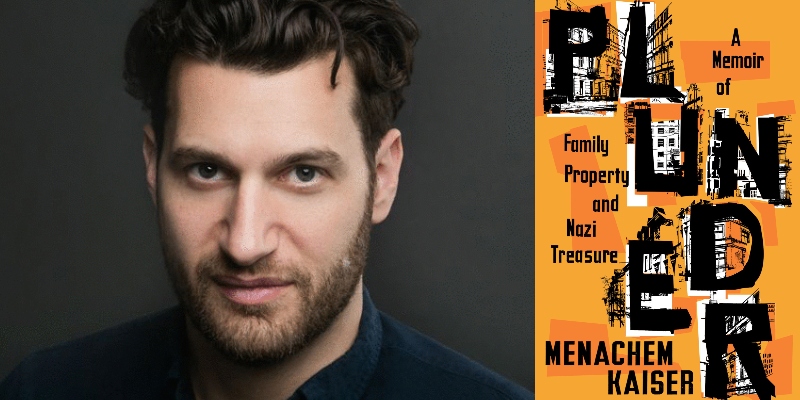 Your Memoir Will Tick Someone Off, But Not for the Reasons You Think

What strange and unexpected paths might one author take delving into his family’s history? Author Menachem Kaiser shares with Book Dreams co-hosts, Eve and Julie, how his attempts to reclaim a building that had belonged to his grandfather before World War II led to unexpected discoveries. They discuss how, during his time in Poland, Menachem developed a greater awareness of the moral justifications for, and ramifications of, reparations; what it was like being embraced by Nazi treasure hunters whose ambitions resonated oddly with his own; and how the celebrated myth of his grandfather’s cousin—a Holocaust survivor whose diary of his experience building mysterious underground Nazi tunnels made him a folk hero in Poland—endures while the memory of the man himself fades.

Menachem: I will say there was one event I did in Toronto, quite a few of my cousins came … and it got opened up to questions from the audience. And one of my cousins asked me point-blank if I was lying in the book. Not actually not in a confrontational way. He was just like, “Did you actually get the building back and just aren’t telling people?”

Julie: And in front of an audience!

Menachem: It was my synagogue. So it was kind of like an audience where everyone knew everyone. And everyone knew the history of the [family] fight.

Menachem: But so far, yeah, it hasn’t blown up. It’s just like you said, you write a memoir and people are just going to be upset about things you just never expect.

Eve: Yeah. And then not upset about things you’re really scared about.

Menachem: It’s just wild like what people are actually angry about and what people don’t care about. I gave a lot of thought. I had a lot of anxiety about how people would react, and I was 100% wrong.

Menachem Kaiser is a writer currently living in Brooklyn, NY. His first book, Plunder: A Memoir of Family Property and Nazi Treasure, has been named a New York Times editor’s choice, a best book of month by the Christian Science Monitor, and a best new book by People. Menachem’s shorter fiction and nonfiction pieces have appeared in the Wall Street Journal, the Atlantic, New York Magazine, Vogue and elsewhere. 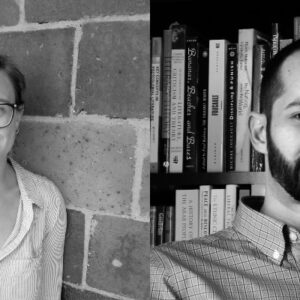 Scholars Shir Alon and Joseph Farag join co-hosts Whitney Terrell and V.V. Ganeshananthan to discuss how Palestinian and Israeli...
© LitHub
Back to top