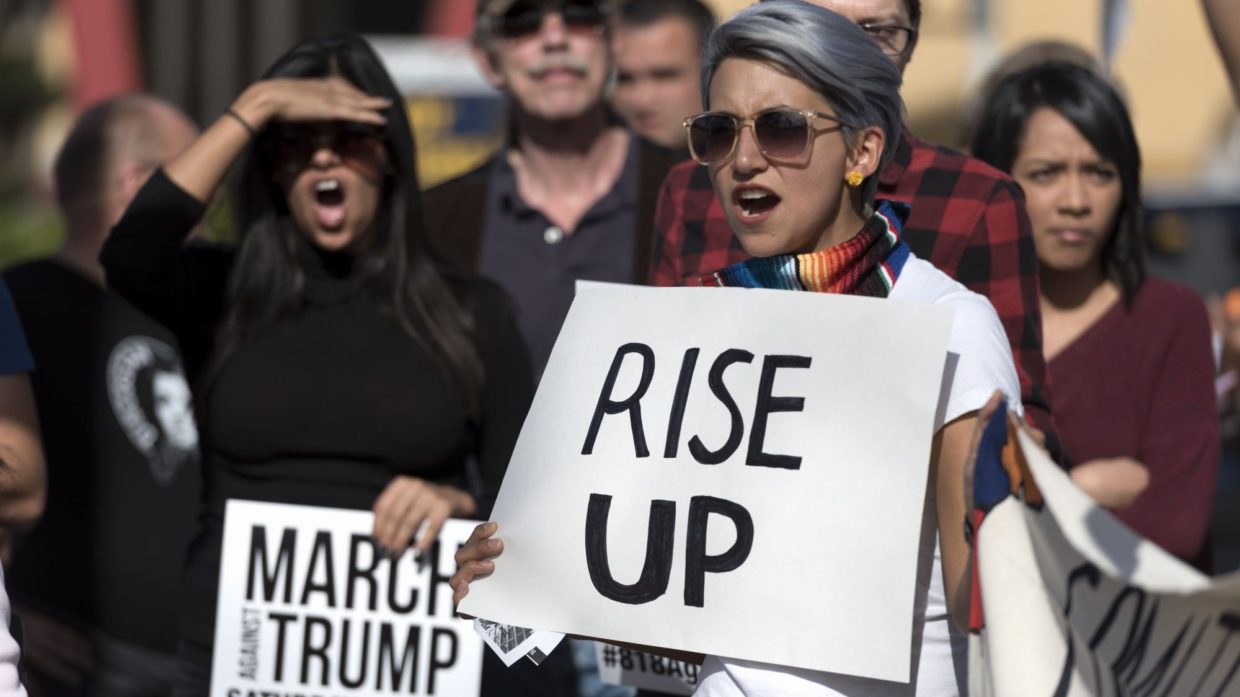 Take a Panel-break to Protest

It may be by sheer coincidence that some 12,000 writers will descend on Washington DC this week—but many of them are not planning to waste the opportunity. This year, the enormous annual writers’ conference will feature a new kind of event, beyond readings, panels and parties: yep, that would be political protests. Fittingly, the conference’s keynote address will be given by Iranian-American author Azar Nafisi, author of Reading Lolita in Tehran, so you should absolutely catch that on Thursday night. You may also like to peruse Lambda Literary’s list of LGBTQ-related events. But for the rest of the conference, here’s your guide to the political, from a Capitol Hill field trip to an organizers’ meeting to a candlelight vigil. Show your strength, writers.

Even if this wasn’t co-hosted by Lit Hub (along with the lovely folks at Catapult, The Rumpus, and Barrelhouse), we’d recommend heading out to this great line-up, featuring (short but powerful) readings from Jericho Brown, Nicole Dennis-Benn, Melissa Febos, Morgan Parker, and Sarah Sweeney. Also, despite how dire everything seems, there will be a party, too.

A group trip to meet with staffers on Capitol Hill. Not affiliated with PEN’s Writers Resist nor AWP, though obviously friendly to both, and not limited to AWP attendees, or even writers—all are welcome. The group’s mission statement, as posted by organizer Robert Marshall:

We are writers, poets, novelists, critics, essayists, journalists, playwrights and educators committed to resisting the Trump Agenda. During AWP 2017 we will be making a field trip to Capitol Hill to visit the offices of our Senators and Representatives to make the case against the Trump agenda. You are more than welcome to join this group even if you can’t be at AWP, we’d love your support in any case.

The main action will take place on Friday afternoon, February 10. We’ll meet in the lobby of the Marriott Marquis, the main AWP hotel at 1:30 pm. It’s about 20 minutes by metro and ten minutes by cab to Capitol Hill. If that time doesn’t work, we absolutely encourage you to head to Capitol Hill any time on Wednesday, Thursday or Friday Morning. More details and strategy to come. But those from blue districts and states may think about meeting up with friends from more red or purple places. If you make an appointment in advance, you may be able to speak to higher level staffers. But no appointment is needed to visit if you are a constituent. Preparing a letter to present in advance is also a good idea; you can obtain signatures from people unable to attend the conference. Since this will be just before Valentine’s Day, these can also be a good way to convey a message.

“We are people of the word, and we need to go speak those words directly to those who have the job of representing us,” Marshall told Sarah Seltzer at Flavorwire. “Congress is where the power lies. They spend the money, they pass the laws, but they are our congresspeople. We have the right to walk in and speak to them.”

An organizing meeting at the offices of Split This Rock—an organization dedicated to cultivating and promoting socially engaged poets and poetry—for all those interested in becoming public forces of poetry and change in their own communities. From the Facebook event page:

Poets – you’re invited to an organizing meeting for setting up Split This Rock poetic resistance groups in communities around the country….Split This Rock will provide coffee and muffins and GF power bars.

Candlelight Vigil for Freedom of Expression
Lafayette Park, across from the White House, 6:15pm

On Saturday night, Split This Rock, along with a flurry of cosponsors, is hosting a candlelight vigil for free speech. Speakers include Kazim Ali, Gabrielle Bellot, Melissa Febos, Carolyn Forché, Ross Gay, Luis J. Rodriguez, and Eric Sasson. From the Facebook event page:

We invite writers assembled in DC for AWP to a Candlelight Vigil for Freedom of Expression. This basic freedom is threatened in new ways and with more intensity than in recent memory. As the nation’s poets and writers, editors and critics, we have a unique and vital obligation to stand watch over free speech and expression. May our candlelight vigil February 11 provide encouragement and focus to our watch in the coming years.

From the AWP schedule:

Toast another successful AWP with the return of the Social Justice Mixer! Connect with other writers focused on social justice and inclusion. Relax and learn about our organizations: Lambda Literary Foundation, LGBTQ Writers Caucus, CantoMundo.

Start planning what you’d like to write to your representatives, and then grab a postcard and write it. From the Facebook page:

“I Dissent, Do You?” is a coordinated effort by writers Danya Kufkafka, Danielle Lazarin, and Celeste Ng to use our freedom of speech to speak to our elected officials during AWP 2017. (Please note that this event is in no way officially affiliated with the conference.) Our goal is that this coordinated effort to mail nearly 3,000 postcards from Washington DC will represent our varied concerns and voices to the current administration, their appointees, and our Senators and Representatives.

At AWP next week, look for folks wearing the “I Dissent Do You?” buttons. We will have specially-designed postcards, stamps, and a good number of addresses on hand. We will do our best to keep you up to date on our whereabouts throughout the conference using the hashtag #idissentdoyou on Twitter. Don’t be shy. Fill out a postcard or two. There’s so much to fight for. 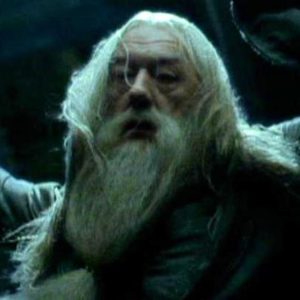 Like many eight-year-olds, my son Griff is deeply obsessed with the Harry Potter series. Each night before bed, we used to read...
© LitHub
Back to top